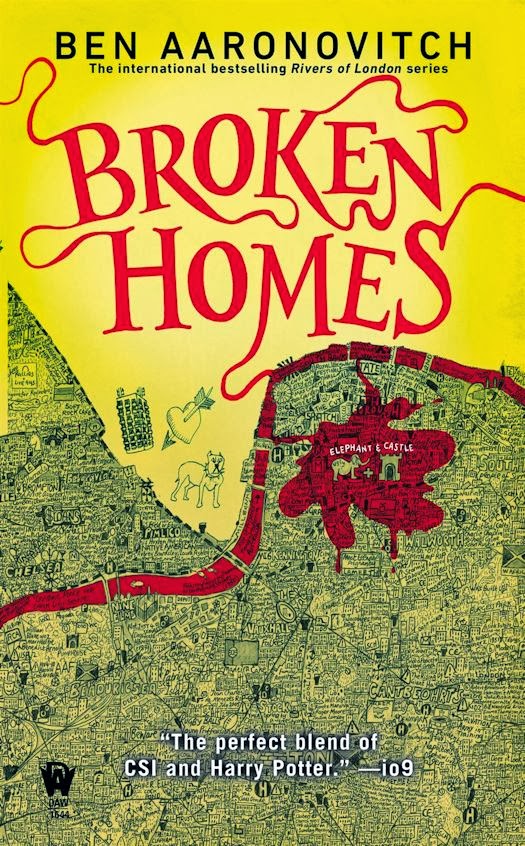 My name is Peter Grant, and I am a keeper of the secret flame -- whatever that is.

Truth be told, there's a lot I still don't know. My superior Nightingale, previously the last of England's wizardly governmental force, is trying to teach me proper schooling for a magician's apprentice. But even he doesn't have all the answers. Mostly I'm just a constable sworn to enforce the Queen’s Peace, with the occasional help from some unusual friends and a well-placed fire blast. With the new year, I have three main objectives, a) pass the detective exam so I can officially become a DC, b) work out what the hell my relationship with Lesley Mai, an old friend from the force and now fellow apprentice, is supposed to be, and most importantly, c) get through the year without destroying a major landmark.

A mutilated body in Crawley means another murderer is on the loose. The prime suspect is one Robert Weil, who may either be a common serial killer or an associate of the twisted magician known as the Faceless Man -- a man whose previous encounters I've barely survived. I've also got a case about a town planner going under a tube train and another about a stolen grimoire.

But then I get word of something very odd happening in Elephant and Castle, on a housing estate designed by a nutter, built by charlatans, and inhabited by the truly desperate. If there's a connection to the Crawley case, I'll be entering some tricky waters of juristiction with the local river spirits. We have a prickly history, to say the least.

Just the typical day for a magician constable.

Broken Homes is the fourth instalment in the Peter Grant story. Peter continues his magical apprenticeship under the watchful eye of his boss Nightingale while continuing as a constable in the covert arm of the Metropolitan police. Peter, Nightingale, Peter's and friend/colleague Lesley keep up the search for the evil Faceless Man, a magician straight from the dark side. The Faceless Man has been at the centre of every evil plot throughout all three books. Their first big clue to his next nefarious plan comes when a man ends up being BBQ'd from the inside out. This time Peter and Lesley end up going under cover, moving out of The Folly and into a run down tower block in the Elephant and Castle area of London to search for more clues. For those that aren't familiar with this less than salubrious part of London Aaronovitch paints the perfect picture of life in an deprived inner London borough.....well one that is magically enhanced with river goddesses and tree nymphs. The heat is on for Peter and his friends to solve this mystery before anyone else gets hurt and be back in time for tea at The Folly.

I waited a long time to buy Broken Homes as I thought it cost too much. It wasn't until a discussion with Qwill that I found out that the book had been released in UK months before it was released in the US. I thoroughly enjoy this series, nay love it but still didn't want to pay more than a tenner (£10) for the e-book version and don't normally buy hardcovers. In the end I am glad that I waited.

I have been enjoying Aaronovitch's unique brand of humour mixed with some pretty spot on observations of the life of a Londoner. While I enjoyed Broken Homes it didn't grab me as quickly as the other books in the series. Normally Aaronovitch has me sniggering, snorting, and generally tee heeing from the first few pages but in this book I had to wait until the final third of the book before I guffawed even once. One could say that humour isn't an essential requirement in any good UF novel but once you have introduced me to some truly hilarious lines then you can't just leave me with normal, mildly amusing prose.

You don't get to be a senior investigating officer unless you have a degree in scepticism, an MA in distrust and your CV lists suspicious bastard under your hobbies.

or how about this one

Nightingale gave me the same long-suffering look he gives me when I accidentally blow up fire extinguishers, fall asleep when he's talking, or fail to conjugate my Latin verbs.

I could continue but then I would be repeating the latter third of the book! Suffice to say 'the funny' is still there just not as obvious as in previous books.

There wasn't a terrible amount of development of any of the lead characters throughout the story although there is a HUGE development at the very end of the book. One, I did not see coming and I am still shocked about. I kind of felt like Aaronovitch was holding off having anything significant happen to the characters throughout the story as he wanted to 'sock it' to the reader with the ending. This was kind of risky as I really wanted Peter to make some decisions relationship-wise or to have a big breakthrough magic-wise. Saying all of that it is still a great book, a great murder mystery with some laughs along the way. Bring on book 5....quick!
Source: qwillery.blogspot.com
+ Sharelabels (8)Flag
AllBen AaronovitchBook ReviewsBroken HomesDAWMelaniePeter GrantRivers of LondonUrban Fantasy