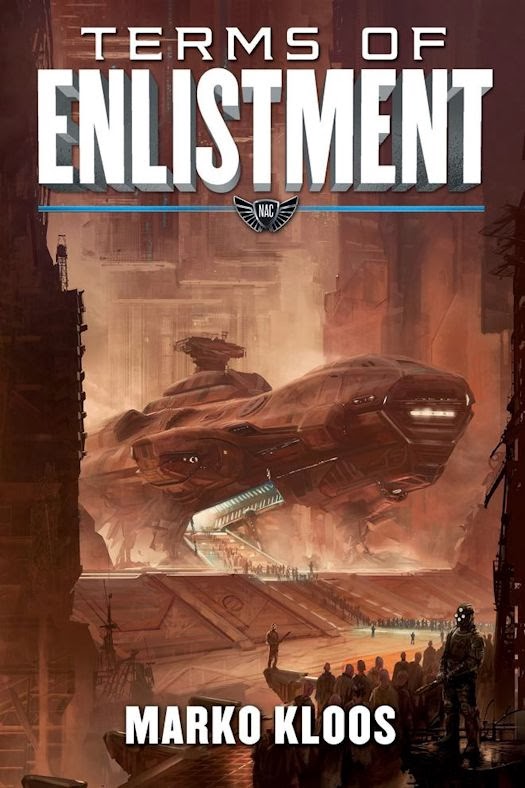 The year is 2108, and the North American Commonwealth is bursting at the seams. For welfare rats like Andrew Grayson, there are only two ways out of the crime-ridden and filthy welfare tenements, where you're restricted to two thousand calories of badly flavored soy every day:

You can hope to win the lottery and draw a ticket on a colony ship settling off-world, or you can join the service.

With the colony lottery a pipe dream, Andrew chooses to enlist in the armed forces for a shot at real food, a retirement bonus, and maybe a ticket off Earth. But as he starts a career of supposed privilege, he soon learns that the good food and decent health care come at a steep price…and that the settled galaxy holds far greater dangers than military bureaucrats or the gangs that rule the slums.

The debut novel from Marko Kloos, Terms of Enlistment is a new addition to the great military sci-fi tradition of Robert Heinlein, Joe Haldeman, and John Scalzi.