Published:
Please welcome Claire R. McDougall to The Qwillery as part of the 2014 Debut Author Challenge Guest Blogs. Veil of Time, Claire's debut novel, was published on March 11, 2014 by Gallery Books. You may read our interview with Claire here. 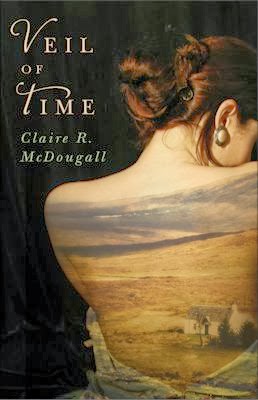 The Balls are in Your Court
I was told a story recently which shows just how whimsical this publishing business is and why you shouldn't give up.

Here is Jenny's story: she wrote 8 novels that didn’t sell. In 2000 she got an agent. In the next 13 years, she had 3 agents and had her eighth novel come very close to being accepted by several major publishers, always to miss at the very end.

One day she wrote Nancy Pickard a fan note about Nancy's new book, Scent of Rain and Lightening. They got into an email exchange and when Nancy learned how close her novel had come several times, she offered to read it. (Something she normally never does.) And she liked it! So much so that she sent it to her editor at Ballantine (something else she has never done.)

Her editor liked it! And the novel is now out in hard cover. (Title is Cover of Snow). Ballantine accepted the manuscript 2 years ago and even though it was already highly polished, Jenny spent another year of polishing under the aegis of her editor.

Jenny’s story sounds a lot like mine, except in my case there was no magical fan note and no celebrated author to get me to that publisher. I went along to agent meetings at the local writer’s conference every summer for many years until finally one of my (8) manuscripts was picked up by a New York agent. And even then it took a couple of years until the manuscript sold, and even then it wasn’t even the manuscript he had picked up but one I wrote while waiting for the first one to sell!

The late John Denver who hailed from this area, was due once to meet his brother for a round of golf at a local course. When his brother arrived at the clubhouse, he was handed a couple of golf balls by the superintendent: "John said to give you these. He says, for this game you're going to need balls." Same goes for writing and publishing and any other stage for which there is a glut of performers standing in the wings.

The problem is, that glut of artists needs to get through a barrier manned by folk who often wouldn't know a good piece of art if it jumped up and did a belly dance. I know people all through the arts facing this. I always say there are two levels of art in any given age: there's real art and then there's fashion. Fashion always has its guardians, the ones who need to attach themselves to trends to give themselves some sense of identity. These are the guardians of buzz and not to be mistaken for wizards. Wizards are few and far between.

So, the lesson today is: Keep pushing ahead! Elbow those twits out of the way and get to the stage. Sing your song for all your worth. Turn deaf ears on the boos if they come, and on the applause if it comes instead. Both are empty responses. You should be listening to your heart. That's all. Here endeth the first lesson. 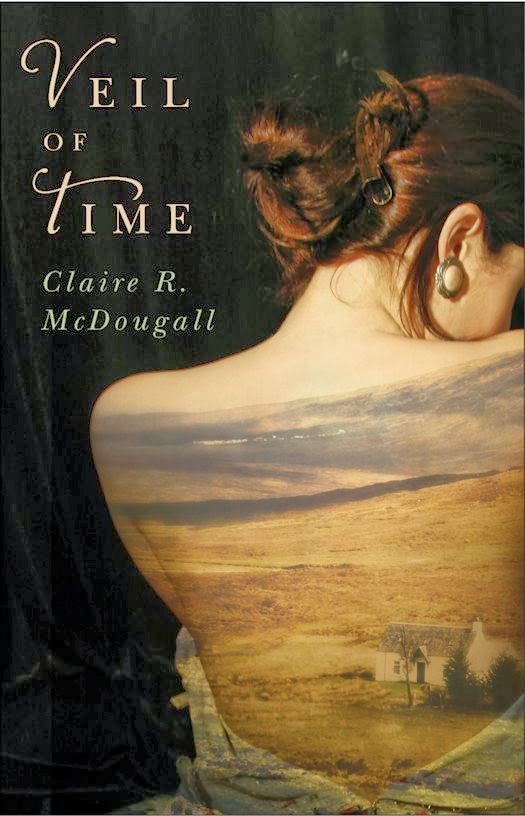 A compelling tale of two Scotlands—one modern, one ancient—and the woman who parts the veil between them.

The medication that treats Maggie’s seizures leaves her in a haze, but it can’t dull her grief at losing her daughter to the same condition. With her marriage dissolved and her son away at school, Maggie retreats to a cottage below the ruins of Dunadd, once the royal seat of Scotland. But is it fantasy or reality when she awakens in a bustling village within the massive walls of eighth-century Dunadd? In a time and place so strange yet somehow familiar, Maggie is drawn to the striking, somber Fergus, brother of the king and father of Illa, who bears a keen resemblance to Maggie’s late daughter. With each dreamlike journey to the past, Maggie grows closer to Fergus and embraces the possibility of staying in this Dunadd. But with present-day demands calling her back, can Maggie leave behind the Scottish prince who dubs her mo chridhe, my heart? 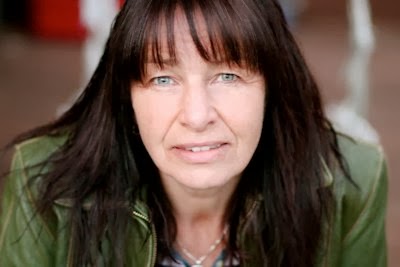 Claire R McDougall was born and raised in Scotland. The daughter of a minister, she moved from parish to parish until her family settled in rural Argyll when she was twelve. After high school she moved to Germany to work as an au pair for a year, then studied at Edinburgh University pursuing a masters degree in philosophy (with a detour to Dartmouth College.) From Edinburgh she went on scholarship for four years to Christ Church, Oxford, where she attempted to shake the foundations by writing a thesis on Nietzsche and Christianity. No luck there, and, anyway, the writing life was calling. For a couple of years Claire wrote a column for a New Hampshire newspaper. A move to Aspen, Colorado, coincided with her first forays into the genre of poetry, and from there she explored the short story form, finally settling on writing novels. Claire's first novel to be published comes out March 2014.