Published:
Please welcome Lou Morgan to The Qwillery as part of the 2012 Debut Author Challenge Guest Blogs. Blood and Feathers, Lou's debut, will be published on July 31, 2012 in the US and Canada and on August 2, 2012 in the UK.

(My husband stands, bewildered, at the foot of the stairs; a remote control in his hand.)

"Turn it off! Turn it off! I used that song for a short story, and you'll put me back in work mode!"

(Husband - still bewildered, but also looking a little pained now - obligingly turns the music off, and puts another album on.)

Welcome to the world of writers' playlists.

It seems to happen more and more often these days: writers post playlists to accompany their latest book online, and many will have favourite albums to work to. Film scores are apparently a favourite (probably because they don't usually have lyrics) and a while back, I knew of at least ten authors who were using the "Tron: Legacy" soundtrack to score their own writing. I'm not surprised, by the way: it's a brilliant album.

With the rise of digital, music is a more integral part of our lives than it has ever been. It goes with us everywhere, and that's why it's so useful to writers. A very, very long time ago, I remember reading an article with a Properly Famous, Serious Author who said he couldn't listen to the radio while he worked because it was unpredictable: you had no idea what the next song would be, and there was no way of controlling the pace or the tone of what you heard - and that would seep into the writing.

I've heard other writers say they will only listen to orchestral music (besides Daft Punk's music for "Tron", thanks to his scores for Christopher Nolan's films in particular, Hans Zimmer has become something of an unofficial patron saint to authors) or some who will only play songs with lyrics in a language they don't speak. In an interview a few years ago, Joe Hill summed up the writer's playlist as being a "mental trick"; a way to get back into the right mood when picking up a story again.

For a lot of writers, it seems to be part of the ritual. Others may not need it; may want to work in silence.

I'm on the side of the playlisters. I've killed more than one song for myself by listening to them over and over and over again while I worked on a short story (and when I say "killed" them, I mean it. At the last count, one of them registers as having been played 200 times. Over the course of a weekend. I weep every time I hear it, a year and a half later. This was the musical choice of my unfortunate husband… hence the freak-out on my part. Excusable? Not really. Understandable? Maybe.) In my case, I might find a song that matches a character, a scene, an aspect of what I'm writing; that sums something up… and on the playlist it goes. Sometimes, it's a song which gets me thinking, and the rest of it falls into place from there.

And while I might weep and wail and gnash my teeth and pull my hair and generally make life miserable for whoever happens to be nearest to me if a "work song" is sprung on me unexpectedly, it's also quite nice to be able to revisit not just the stories themselves, but the memories of working on them. I can still hang the whole of my experience plotting and writing "Blood and Feathers" on one Linkin Park song.

There are other songs which came after it, which fitted around what I was doing, what I wanted to do… but that song will forever be the beginning; the start of something quite new.

And after all, isn't that what inspiration means?


You can find the BLOOD & FEATHERS playlist printed in the back of the book, and listen to it on Spotify. 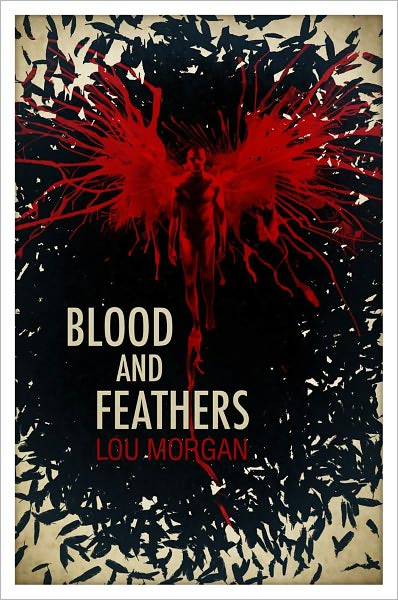 "What's the first thing you think of when I say 'angel'?" asked Mallory. Alice shrugged. "I don't know... guns?"

Alice isn't having the best of days. She was late for work, she missed her bus, and now she's getting rained on. What she doesn't know is that her day's about to get worse: the epic, grand-scale kind of worse that comes from the arrival of two angels who claim everything about her life is a lie.

The war between the angels and the Fallen is escalating; the age-old balance is tipping, and innocent civilians are getting caught in the cross-fire. If the balance is to be restored, the angels must act - or risk the Fallen taking control. Forever.

That’s where Alice comes in. Hunted by the Fallen and guided by Mallory - a disgraced angel with a drinking problem and a whole load of secrets - Alice will learn the truth about her own history… and why the angels want to send her to hell.

What do the Fallen want from her? How does Mallory know so much about her past? What is it the angels are hiding - and can she trust either side?

Caught between the power plays of the angels and Lucifer himself, it isn't just hell's demons that Alice will have to defeat... 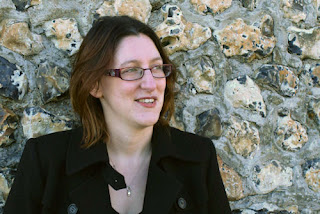 Lou Morgan grew up in Wales, before moving to London to study medieval literature at UCL. She now lives in Brighton with her husband and son.

She wastes a lot of time on Twitter as @LouMorgan, and occasionally commits short fiction.