The award for 2010 went to Mark Hodder for The Strange Affair of Spring Heeled Jack. 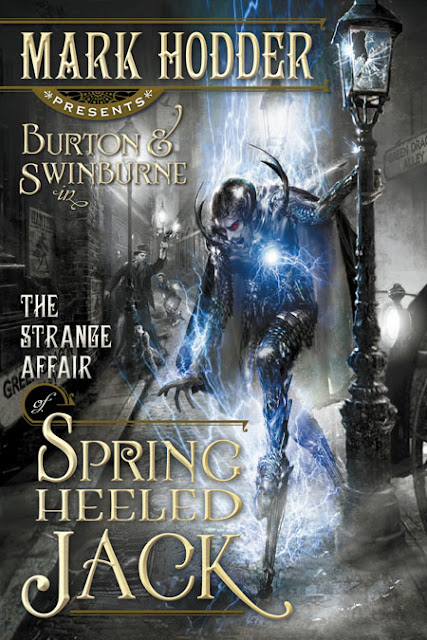 Algernon Charles Swinburne—unsuccessful poet and follower of de Sade; for whom pain is pleasure, and brandy is ruin!

They stand at a crossroads in their lives and are caught in the epicenter of an empire torn by conflicting forces: Engineers transform the landscape with bigger, faster, noisier, and dirtier technological wonders; Eugenicists develop specialist animals to provide unpaid labor; Libertines oppose repressive laws and demand a society based on beauty and creativity; while the Rakes push the boundaries of human behavior to the limits with magic, drugs, and anarchy. The two men are sucked into the perilous depths of this moral and ethical vacuum when Lord Palmerston commissions Burton to investigate assaults on young women committed by a weird apparition known as Spring Heeled Jack, and to find out why werewolves are terrorizing London's East End.

Their investigations lead them to one of the defining events of the age, and the terrifying possibility that the world they inhabit shouldn't exist at all!

The second in the series was published in March 2011. 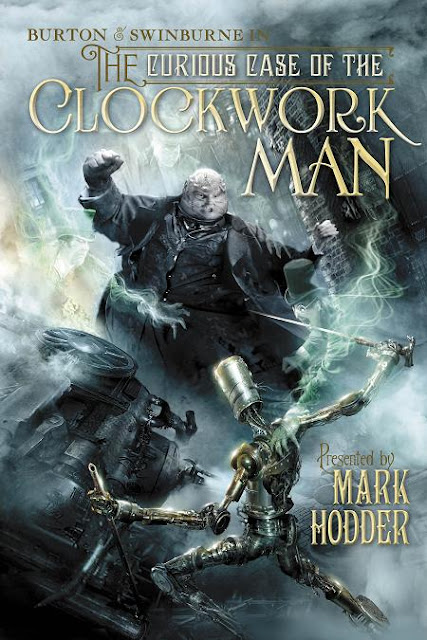 Time has been altered, and Sir Richard Francis Burton, the king’s agent, is one of the few people who know that the world is now careening along a very different course from that which Destiny intended.

When a clockwork-powered man of brass is found abandoned in Trafalgar Square, Burton and his assistant, the wayward poet Algernon Swinburne, find themselves on the trail of the stolen Garnier Collection—black diamonds rumored to be fragments of the Lemurian Eye of Naga, a meteorite that fell to Earth in prehistoric times.

His investigation leads to involvement with the media sensation of the age: the Tichborne Claimant, a man who insists that he’s the long lost heir to the cursed Tichborne estate. Monstrous, bloated, and monosyllabic, he’s not the aristocratic Sir Roger Tichborne known to everyone, yet the working classes come out in force to support him. They are soon rioting through the streets of London, as mysterious steam wraiths incite all-out class warfare.

From a haunted mansion to the Bedlam madhouse, from South America to Australia, from séances to a secret labyrinth, Burton struggles with shadowy opponents and his own inner demons, meeting along the way the philosopher Herbert Spencer, Isambard Kingdom Brunel, Florence Nightingale, and Charles Doyle (father of Sir Arthur Conan Doyle).

Can the king’s agent expose a plot that threatens to rip the British Empire apart, leading to an international conflict the like of which the world has never seen? And what part does the clockwork man have to play?