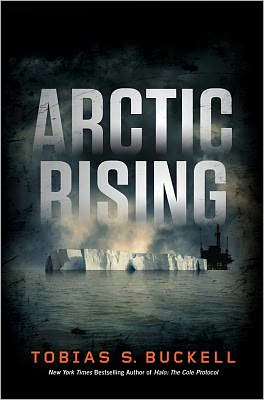 Global warming has transformed the Earth, and it's about to get even hotter. The Arctic Ice Cap has all but melted, and the international community is racing desperately to claim the massive amounts of oil beneath the newly accessible ocean.

Enter the Gaia Corporation. Its two founders have come up with a plan to roll back global warming. Thousands of tiny mirrors floating in the air can create a giant sunshade, capable of redirecting heat and cooling the earth's surface. They plan to terraform Earth to save it from itself—but in doing so, they have created a superweapon the likes of which the world has never seen.

Anika Duncan is an airship pilot for the underfunded United Nations Polar Guard. She’s intent on capturing a smuggled nuclear weapon that has made it into the Polar Circle and bringing the smugglers to justice.

Anika finds herself caught up in a plot by a cabal of military agencies and corporations who want Gaia Corporation stopped. But when Gaia Corp loses control of their superweapon, it will be Anika who has to decide the future of the world. The nuclear weapon she has risked her life to find is the only thing that can stop the floating sunshade after it falls into the wrong hands.

Arctic Rising is a near-future SciFi thriller set against the back-drop of global climate change. In the novel, global warming has claimed most of the Arctic Circle as well changed the entire planet. Anika Duncan, has left her life in Africa behind for a calm job working for U.N. Polar Guard. Things are going smoothly for her until someone smuggles a nuclear weapon into the Arctic Circle area.

Arctic Rising presents a possible future should global warming be unchecked. The world has changed. Some countries are damaged, some are gone and some are better off. The balance of power has shifted. We learn a lot about this world via the characters and their lives. The action in the novel takes place in area surrounding and what's left of the Arctic Circle, and I found Mr. Buckell's future Arctic fascinating.

Anika Duncan is a wonderful main character. She's tough and determined. Her back story is incredibly interesting. Her life before the UNPG has given her the ability and skills to kick ass when she has to. She's also a thinker who has just the right amount of vulnerability to make her believable. She has some tough decisions to make. While Annika is the main character, Mr. Buckell also has created a wonderfully diverse and well written supporting cast.

Arctic Rising is action-packed with explosions, gun battles and a frightening superweapon. It's a fast-paced thrill ride. It's also thought provoking without being a screed about global warming. The bottom line is that Arctic Rising will keep you on the edge of your seat as Anika races to find the nuclear bomb and possibly save the world.

I give Arctic Rising 4 Qwills.