Published:
The ongoing Mash Ups and More page has been updated:

De Bello Lemures, Or The Roman War Against the Zombies of Armorica by Lucius Artorius Castus has been added to Twisted Histories: 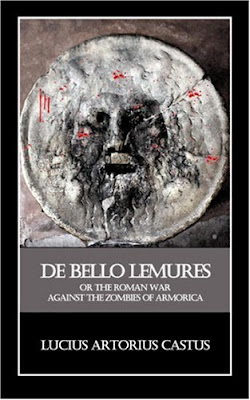 A recovered Latin text tells the story of a struggle between Roman legionaries and the undead in 185 AD.

Lucius Artorius Castus leads an expedition to Gaul to defeat a rebellion against the rule of the Emperor Commodus - and gets more than he bargained for when his enemies rise from the dead to fight again. The power of the zombie horde is amplified by the Babel of Ancient Rome's religions and superstitions, and the terror the undead bring in their wake foreshadows the incipient medieval darkness already creeping into the world at the end of Rome's Antonine age. Richly annotated, this mashup of survival horror and alternate history takes the reader on a bracing journey into one of ancient Rome's dark corners.

De Bello Lemures is structured as a work of nonfiction, with a foreword describing the history of the Latin document and its solecistic title, a "translation" of the text itself, and extensive footnotes. It is a loving homage to the paperback nonfiction products of university presses - a classics text reimagined as a postmodern horror tale. (edited by author)  [from Amazon.com]


I Am Scrooge: A Zombie Story for Chirstmas by Adam Roberts has been added to Continuations and Alternates. 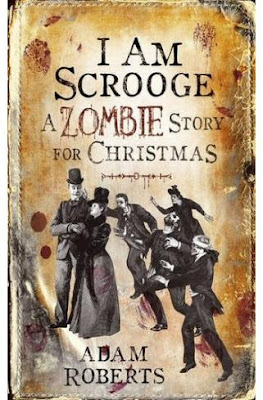 The legendary Ebenezeer Scrooge sits in his house counting money. The boards that he has nailed up over the doors and the windows shudder and shake under the blows from the endless zombie hordes that crowd the streets hungering for his flesh and his miserly braaaaiiiiiinns!

Just how did the happiest day of the year slip into a welter of blood, innards and shambling, ravenous undead on the snowy streets of old London town?

Will the ghosts of Christmas Past, Present and Future be able to stop the world from drowning under a top-hatted and crinolined zombie horde?

Was Tiny Tim's illness something infinitely more sinister than mere rickets and consumption? Can Scrooge be persuaded to go back to his evil ways, travel back to Christmas past and destroy the brain stem of the tiny, irritatingly cheery Patient Zero?

It's the Dickensian Zombie Apocalypse - God Bless us, one and all!