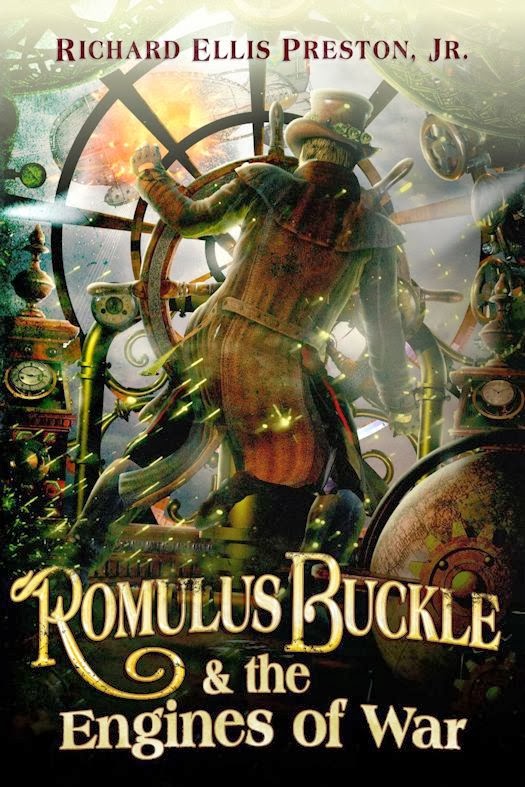 The frozen wasteland of Snow World—known as Southern California before an alien invasion decimated civilization—is home to warring steampunk clans. Crankshafts, Imperials, Tinskins, Brineboilers, and many more all battle one another for precious supplies, against ravenous mutant beasts for basic survival, and with the mysterious Founders for their very freedom.

Through this ruined world soars the Pneumatic Zeppelin, captained by the daring Romulus Buckle. In the wake of a nearly suicidal assault on the Founders’ prison city to rescue key military leaders, both the steam-powered airship and its crew are bruised and battered. Yet there’s little time for rest or repairs: Founders raids threaten to shatter the fragile alliance Buckle has risked everything to forge among the clans.

Even as he musters what seems a futile defense in the face of inevitable war, Buckle learns that the most mysterious clan of all is holding his long-lost sister in a secret base—and that she holds the ultimate key to victory over the Founders. But rescuing her means abandoning his allies and praying they survive long enough for there to be an alliance to return to.

Romulus Buckle & the Engines of War picks up right where The City of the Founders left off. (Note: if you have not read Romulus Buckle & the City of the Founders go back and read it now.) Romulus Buckle and his crew are pretty beat up after their encounter with the City of the Founders. Their airship, the Pneumatic Zeppelin, was almost destroyed and many of the crew were injured or killed. Thankfully, their daring rescue attempt succeeded and their leader, Admiral Balthazar Crankshaft, along with two other clan’s leaders are safe. Among the recovered clan leaders is Admiral Katzenjammer Smelt who swears that his Imperial clan is innocent of waging the devastating assault on the Crankshaft’s Tehachapi outpost over a year ago. This blitz resulted in the stronghold’s obliteration and the tragic loss of Buckle’s adoptive mother and his biological sister, Elizabeth. Smelt’s denial forces Buckle to reconsider his hatred of the Imperial clan. Buckle is so obsessed in discovering the truth that he is willing to risk his life by heading into the treacherous mountains where an enemy zeppelin was shot down during the attack.

Engines of War starts off at a rollicking fast pace. New mysteries, deadly alien beasts and unexplored romantic longings are introduced adding more depth to the story. Author Richard E. Preston, Jr. begins to layer personal history and insight into many of the main characters. I enthusiastically enjoyed the glimpse into Romulus and his adopted sister Sabrina’s respective childhoods. The momentum stalled somewhere midpoint when in the middle of war councils and military preparations, the story dallies at the Seasonal Ball. Here our characters primp, play matchmaker, and think inappropriate thoughts about one another. Once this is accomplished, however, the momentum is regained and the characters get back to the dire business of impending war onboard their zeppelin. Preston is at his best in the midst of battles and action and the author begins and finishes Engines of War with exciting exploits and a promise of more to come. Preston’s steampunk world has sparked my imagination and I am anticipating the next chapter of Romulus' adventure in his third book.

See Trinitytwo's thoughts on Romulus Buckle & the City of the Founders here.

3 Comments on The Qwillery: Review: Romulus Buckle & the Engines of War by Richard Ellis Preston, Jr.