Published:
Please welcome Ben H. Winters back to The Qwillery. World of Trouble, the 3rd and final novel in the The Last Policeman Trilogy, was published on July 15, 2014.  This is a fabulous series and you should rush out and get all 3 books today! No waiting to find out what happens. You can find the other stops on the World of Trouble Blog Tour here.

AND HIS LITTLE DOG, TOO

So I have to make a confession here, and it’s one I feel kind of bad about, considering how many readers of The Last Policeman and its sequels have told me how much they love Hank’s dog, Houdini.

I never really wanted Hank to have a dog. When I imagined the character I always imagined him on his own, just the determined man and his gun, and a cute little white doggie trotting along beside him never fit that picture.

But best-laid plans, like homework, sometimes get eaten by dogs. (Is that an expression? It should be.)

What happened was, I wrote a scene, about halfway through the first book, with this little dirty scared dog in it—and the only reason was to illuminate the nature of the dog’s owner, a burly thug named JT Toussaint. I thought it would be both funny and interesting for Toussaint to have a small furry creature bouncing around in his dingy ramshackle house.

But then I wrote this speech for Toussaint, part of his long (and successful) effort to intimidate Detective Palace:

“I’m gonna have to shoot this dog,” Toussaint says, suddenly,
absently, matter-of-fact, and stands up. “At the end, I mean.”

“He’s a little scaredy cat, this one.” Toussaint is looking down at
the dog, his head tilted, as if evaluating, trying to imagine how it’s
going to feel. “Can’t think of him dying like that, fire or cold or
drowning. Probably I’m gonna go ahead and shoot him.”


After that, it only seemed right, once Toussaint was out of the picture, for Palace—a born protector, and himself a bit of a scaredy cat—to grudgingly adopt the thing.

But then I had to write the damn dog for two more books!

I did some research. I called my brother-in-law, Mike, and asked him all about his old dog, Wiley, and it turned out that Wiley was a Bichon Frisé, and so that’s what Houdini turned out to be. I found myself plotting out the arc of their relationship, Detective Palace and his little dog, so that by the time I started World of Trouble I knew that the first line (prologue excepted) was going to be: “I’m worried about my dog.”

Well, you know how the rest of this goes: I fell in love with the thing. Just like Palace did! I ended up appreciating the authorial challenge of it, figuring out how to register the actions and attitude of an animal in text, how to portray this character who is just bursting with complicated emotions and motivations, but who can’t express them in words. (Unless it’s a dog in Animal Farm or The Phantom Tollbooth, but this isn’t that kind of book).

Here’s the dog, in one of his very last appearances in the Last Policeman trilogy.:

Houdini ducks in and out of my footsteps, snorfeling at the dirt, and I bend and scratch the white fur behind his head, and he growls low and contented.

I’m gonna miss Detective Palace, and a lot of these other characters I’ve been hanging out with for three years now. But I’ll be damned if I’m not going to miss that little dog the most. 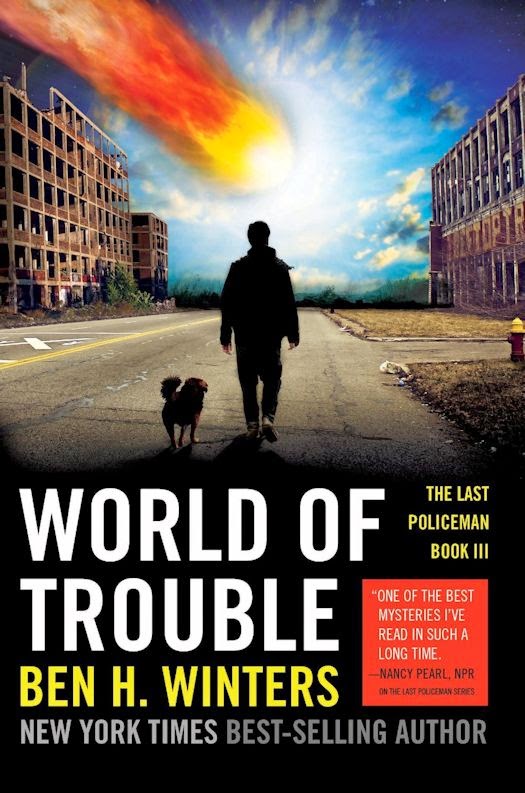 But with time ticking away before the asteroid makes landfall, Hank’s safety is only relative, and his only relative—his sister Nico—isn’t safe. Soon, it’s clear that there’s more than one earth-shattering revelation on the horizon, and it’s up to Hank to solve the puzzle before time runs out . . . for everyone. 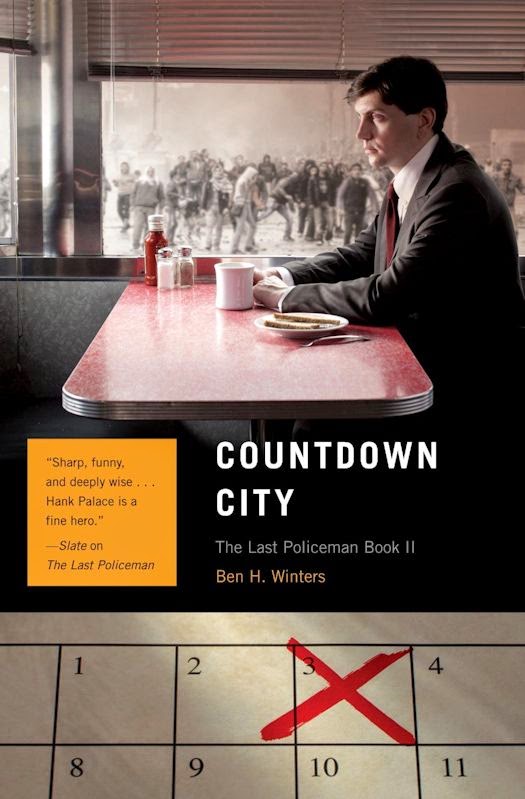 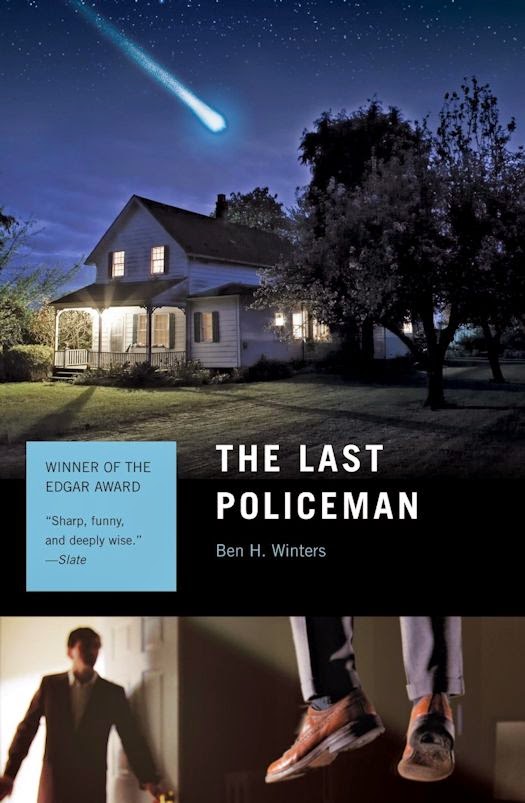 What’s the point in solving murders if we’re all going to die? Detective Hank Palace has asked this question ever since asteroid 2011GV1 hovered into view. Several kilometers wide, it’s on a collision course with planet Earth, with just six precious months until impact.

The Last Policeman presents a fascinating portrait of a pre-apocalyptic United States. Industry is grinding to a halt. Most people have abandoned their jobs. But not Hank Palace. As our story opens, he’s investigating the latest suicide in a city that’s full of suicides—only this one feels wrong. This one feels like homicide. And Palace is the only one who cares. What’s the point in solving murders if we’re all going to die?

The Last Policeman offers a story we’ve never read before: A police procedural set on the brink of an apocalypse. What would any of us do, what would we really do, if our days were numbered? 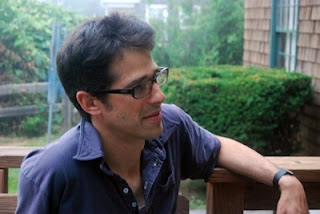 Ben H. Winters is the author of eight novels, including most recently World of Trouble (Quirk). Countdown City (Quirk), an NPR Best Book of 2013 and the winner of the Philip K. Dick Award, is the sequel to The Last Policeman, which was the recipient of the 2012 Edgar Award from the Mystery Writers of America; it was also named one of the Best Books of 2012 by Amazon.com and Slate.

Ben’s other books Literally Disturbed (Price Stern Sloan), a book of scary poems for kids; the New York Times bestselling parody novel Sense and Sensibility and Sea Monsters (Quirk); and a novel for young readers, The Secret Life of Ms. Finkleman (HarperCollins), which was a Bank Street Best Children’s Book of 2011 as well as an Edgar Nominee in the juvenile category.

Ben has also written extensively for the theater, and was a 2009-2010 Fellow of the Dramatists Guild; his plays for young audiences include The Midnight Ride of Paul Revere, A (Tooth) Fairy Tale and Uncle Pirate and his plays for not-young audiences include the 2008 Off-Broadway musical Slut and the “jukebox musical” Breaking Up Is Hard to Do, which is produced frequently across the country and around the world. Ben’s journalism has appeared in The Chicago Reader, The Nation, In These Times, USA Today, the Huffington Post, and lots of other places.

Ben grew up in suburban Maryland, went to college at Washington University in St. Louis, and has subsequently lived in six different cities—seven if you count Brooklyn twice for two different times. Presently he lives in Indianapolis, Indiana, with his wife Diana, a law professor, and their three children.