Published:
Please welcome Keren Landsman to The Qwillery as part of the 2019 Debut Author Challenge Interviews. The Heart of the Circle was published on August 13, 2019 by Angry Robot. 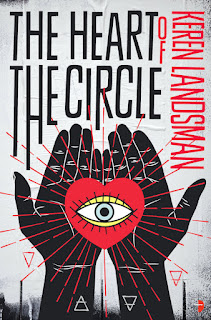 Keren:  I've been writing since I learned how, but I think my first try at writing something that I meant to publish was a trilogy about a 16 years old girl (guess how old I was then...?) whose brain was transplanted into a robot's body, and was sent back in time to fight criminals. It was awesome, and I had planned to do a trilogy, but sadly quit after 20 pages... I still love that story since it was the first time I tried writing "for real".

Keren:  I think everyone is a hybrid of sorts. I'm mostly a discovery writer, and I almost always start writing with just a sense of the main character and the world it lives in. It causes me to get stuck a lot of times, and I throw away tons of pixels, but it's the price you pay when you don't plan.

Keren:  The writing itself! I love it when it's easy, but usually finding the correct phrase or the perfect word can take hours and even days. Putting the words, one after the other, is agonising for me. I hate editing too. The story is done, the pain is over, but then I have to dig into it again and correct everything I missed. I prefer the planning (which I rarely do) and the talking about how awesome the story is going to be (before I actually write it).

Keren:  The world. My family. Great books and short stories that I had the immense pleasure to read. Terrible books and short stories that taught me how not to write. Talking with writers. Talking with non writers. Working as a physician in a free STD clinic. Working as an epidemiologist in the ministry of health. Talking online with vaccine-hesitant parents. Reading the news. Talking to people with different life experience than mine. But mostly, editing. I was extremely lucky to work with great editors throughout the years who helped me to shape my writing and taught me how to better utilise my tools.

TQ:  Describe The Heart of the Circle using only 5 words.

Out. For. A. Circle.
Bitch.
(An edited Buffy quote)

TQ:  Tell us something about The Heart of the Circle that is not found in the book description.

Keren:  It originally started as a short story. I aimed for a 15000 word story about am equal rights movement and magic. But the characters were so much fun, and I just couldn't stop wondering what will happen next, that I just continued writing.

TQ:  What inspired you to write The Heart of the Circle? What appeals to you about writing Contemporary / Urban Fantasy?

Keren:  I love urban fantasy and have done ever since I first read Narnia. The idea that magic can exist so close to me, and that I just need the find the right key to unlock it, is astounding. The reason The Heart of the Circle is set in Tel Aviv is because I wanted magic near me. I wanted my world, my everyday life in a book, and I wanted a sweet, funny, light story to be set in that location. Well, I got 50% of my plan. That's better than most writing plans I have!

TQ:  What sort of research did you do for The Heart of the Circle?

Keren:  Aside from the obvious - talking with psychologists to better understand empathy and psychopathy in real world, police officers to make sure the police work sections would be reliable, a few historians to find how to place alternative history in a real Israel, digging for hours in Reddit/drugs to better describe some of Reed's experiences, and loads of motorcycle forums and articles for the shortest description in the world regarding the bike mentioned ("Green"). My favorite two researches were talking for hours with my dad, who is a firearms specialist, to describe the gun that is used in one scene.

TQ:   Please tell us about the cover for The Heart of the Circle?

Keren:  There are two covers - the Israeli one was designed by Imri Zertal and it shows a circle of women. It is a very calm cover which emphasizes the community sense of the book. The English cover was designed by Francesca Corsini, and it shows a graffiti-like resistance poster, which is inspired by the underground feeling in it. I love how two people saw two completely different interpretations to the same book. It's amazing.

TQ:  In The Heart of the Circle who was the easiest character to write and why? The hardest and why?

Keren:  The easiest were Reed's parents. Since they are very similar to my own, I just used my love for my parents and mixed it with all the little fights, the pettiness and the resentment that arises in many child-parent relationships. The hardest to write was Oleander. In the original draft he was a minor character, a woman, and was mainly for comic relief. Only in later rewrites did he switch sex, gender, earned a bigger role, and started influencing major parts of the plot. It was hard writing him since he is one of the characters farthest away from my and my experiences.

TQ:  Does The Heart of the Circle touch on any social issues?

Keren:  Yes and no. There are a few social issues that are dealt with in the book. I tried to touch on human rights, LGBTQ rights, marginalized population, and the importance of different support systems. However, I don't define those as "issues" necessarily. I believe they should be a part of everyday life. I think people should treat everyone with respect and support, without discrimination.

TQ:  Which question about The Heart of the Circle do you wish someone would ask? Ask it and answer it!

Keren:  I would love to be asked how essential the fantastic element is to the story.
I think it is. I couldn't have told the same story the way I wanted it without Reed's empathy, Daphne's visions etc. Even though a lot of things are similar between our world and theirs, which sometimes might cause the illusion that the fantastic element is not needed, I couldn't have made the story work without magic. And fire bolts.

TQ:  Give us one or two of your favorite non-spoilery quotes from The Heart of the Circle.

“How did I feel when I found out Reed was an empath? I felt like a six-year old who made his baby brother want to disappear.”

Keren:  I'm currently working on a few short stories with long-overdue deadlines. After I'm done with those, my eldest reminded me that I promised him and his sister to write a book with them as heroes in a post apocalyptic world, and now I MUST write that. After that... we'll see.

Keren:  Thank you for having me :) 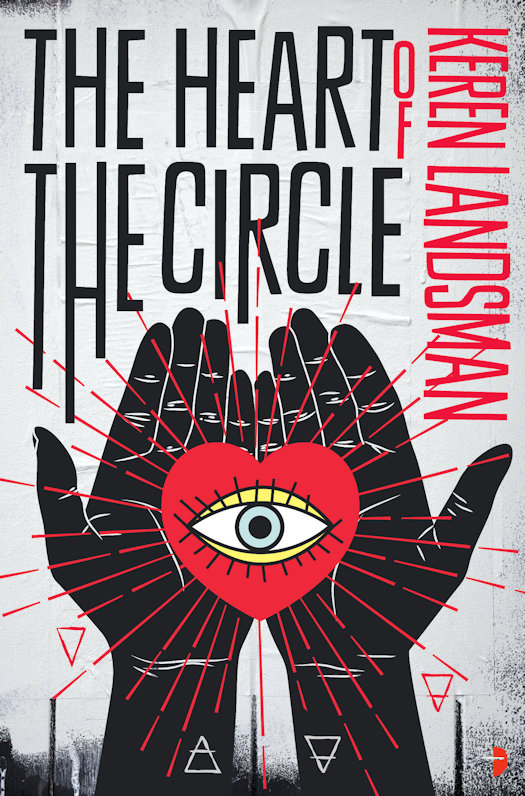 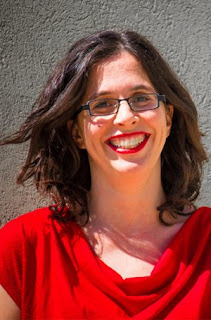 KEREN LANDSMAN is a mother, a writer, a medical doctor who specializes in Epidemiology and Public health, and a blogger. She is one of the founders of Mida’at, an NGO dedicated to promoting public health in Israel. She works in the Levinski clinic in Tel Aviv. She has won the Geffen Award three times, most recently for the short story collection Broken Skies.

Report "Interview with Keren Landsman, author of The Heart of the Circle"