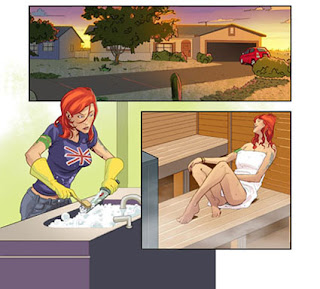 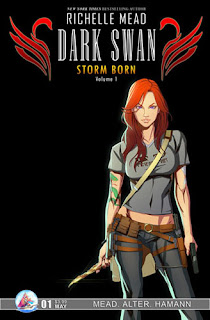 ATLANTA, GA - March 22, 2011– In the novel Storm Born, first in the popular Dark Swan urban fantasy series, Richelle Mead—New York Times and USA Today bestselling author of Vampire Academy and the Georgia Kincaid Series—introduced fans of paranormal romance to Eugenie Markham, a freelance shaman who battles the ghosts and fey that sneak into our world from the Otherworld.

Today, Sea Lion Books is proud to announce scripter Grant Alter and artist Dave Hamann as the multitalented creative team behind the graphic novel adaptation of Richelle Mead's Dark Swan: Storm Born. When an alarming prophecy suddenly makes her every Otherwordly creature's object of desire, Eugenie must dodge their advances while also fighting a dark power rising within her. 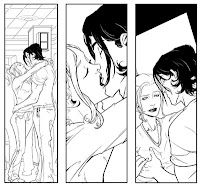 Grant Alter was the co-writer (with Derek Ruiz) on Dean Koontz’ Fear Nothing, a graphic novel adaptation by the New York Times bestselling author. His other scripting projects include an adaptation of the Jim Butcher short story “Restoration of Faith,” which appeared in the graphic novel Jim Butcher’s The Dresden Files: Storm Front.

"Richelle has written a book with a really nice mix of action, romance, the otherworldly, and even a good amount of humor,” Alters said. “It's just a fun book to read. The quality of her work pushes me to write what I think are some of the best scripts I have ever written." 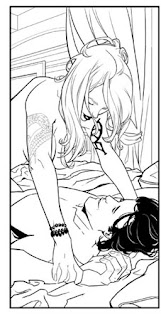 Graphic artist Dave Hamann’s projects include Amory Wars for Evil Ink Comics, Gauze for Arcana Comics, and Zenescope's Grimm Fairy Tales. As a fan of the Dark Swan series, he wants to remain faithful to Mead’s story, and to her lead character, Eugenie. "I'm hard-pressed to think of too many urban comics starring a strong, butt-kicking, female shamanic mercenary."

"Grant and Dave have done a really amazing job in capturing Eugenie's story. It's been wonderful working with them, and I can't wait to see what fans think of the final product. I hope they love it as much as I do," said Richelle Mead. 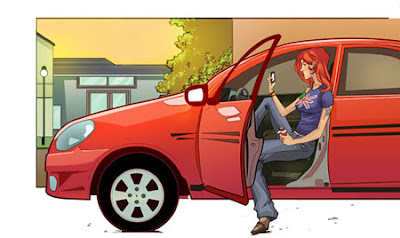 ABOUT THE AUTHOR: Richelle Mead is a New York Times and USA Today bestselling author of urban fantasy books for both adults and teens. Originally from Michigan, Richelle now lives in Seattle, Washington where she works on her three series full-time. Her adult series are published by Kensington Books. The Georgina Kincaid Series (Succubus Blues, Succubus on Top, Succubus Dreams, and Succubus Heat), Dark Swan Series (Storm Born and Thorn Queen) and YA series, Vampire Academy, (Vampire Academy, Frostbite, Shadow Kiss, Blood Promise, and Spirit Bound). You can visit Richelle Mead on the Internet at http://www.richellemead.com/