Interview with Joanne M. Harris and Review of The Gospel of Loki - May 4, 2015

Interview with Joanne M. Harris and Review of The Gospel of Loki - May 4, 2015

Published:
Please welcome Joanne M. Harris to The Qwillery. The Gospel of Loki will be published on May 5th in the US by Saga Press. 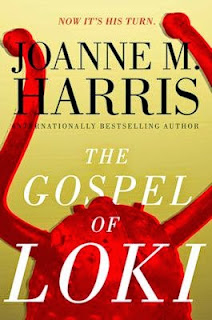 TQ:  Welcome to The Qwillery. You've written more than a dozen published novels. What is the most challenging thing for you about writing?

Joanne:  The challenge for me has always been to find something that I haven’t already done, or to find a new entry into a subject that has been covered many times before. I like to surprise the reader; and to do that, I’m aware that I have to surprise myself. Sometimes that means taking risks, or playing with narrative, voice and form. Sometimes it’s experimental, but I think taking risks is part of the fun...

TQ:  Your website bio lists as a hobby, among other things, "quiet subversion of the system..." How does this hobby influence (or not) your writing?

Joanne:  I’ve always thought literature should be subversive; asking more questions than it answers and continuously challenging the preconceptions of the reader. It’s not always a comfortable way to approach writing (or reading), but I find it keeps me alert, and stops me falling into the kind of routine that would lead to me writing the same books again and again.

TQ:  Describe The Gospel of Loki in 140 characters or less.

Joanne:  The unofficial chronicle of the rise and fall of Asgard, with all the fun stuff put back in.

TQ:  Tell us something about The Gospel of Loki that is not in the book description.

Joanne:  It features a giant cow; an eight-legged horse; a talking head; an enormous snake; some teenage werewolves; several factions of warring gods and a pair of magical crows who like cake.

TQ:  What inspired you to write The Gospel of Loki? What appealed to you about writing in about Norse mythology? And why tell the story from Loki's point of view?

Joanne:  I’ve been writing stories based on Norse mythology for a long time. I loved the myths as a child, and I’ve been researching them ever since. There are so many really strong characters there; so much humour, drama and conflict; such a powerful portrayal of a community; and yet the myths are fragmentary - so much has been lost and omitted. I think this, in some way, is why writers and artists have come to them again and again; we are drawn to complete the stories in our own way, to re-imagine the characters in ways that fit our changing times. Loki is very much an anti-hero for our times. He’s defiant of authority; a rebel; a misfit, both racially (he’s not one of the gods, but a kind of fire-demon) and in terms of his gender (he’s bisexual, gender-fluid, and even gives birth, which doesn’t sit well with the gods at all). He’s also clever, getting the gods both in and out of trouble in classic Trickster fashion. But although he’s probably the most active character in the myths, there’s very little about Loki himself – his past, thoughts, his motivation in acting as he does. I wanted to explore that, and to give a little insight into how the mischievous trickster becomes a character so dark and troubled that he finally brings about his own destruction, as well as that of the world itself...

TQ:  What sort of research did you do for The Gospel of Loki?

Joanne:  I guess I’ve been researching these myths all my life. At the moment I’m learning Old Icelandic, so that I can read Snorri in the original...

Joanne:  Loki himself is both the easiest and the hardest to write. The easiest, because he sounds a lot like a version of me; the hardest, because all the other characters are seen through Loki’s eyes, which makes for some very skewed perceptions...

TQ:  Which question about The Gospel of Loki do you wish someone would ask? Ask it and answer it!

Joanne:  A lot of readers have commented on Loki’s use of modern slang, and have asked themselves (though not me) why I chose to write in such a contemporary voice. Here’s why:

All myths, when they were first told or written down, were told in contemporary voices. This is no exception. In the original myths, Loki speaks in a very informal voice, often insults the other gods, often speaks with defiance. Rather than write his dialogue in the mock-heroic language used by Snorri (which even then was dated and inappropriate), I’ve used modern slang – besides which, there’s a strong hint in the narrative that Loki has somehow survived the end of the world and even his own death, and is therefore addressing us as the recipient of his tale, right here, right now, in the 21st century.

TQ:  Give us one or two of your favorite non-spoilery lines from The Gospel of Loki.

Joanne:  I’d rather you chose your own. Or let the readers do it for you...

Joanne:  I’m working on several things; a psychological thriller called DIFFERENT CLASS; plus an illustrated project called HONEYCOMB and a series of musical story projects to accompany it... 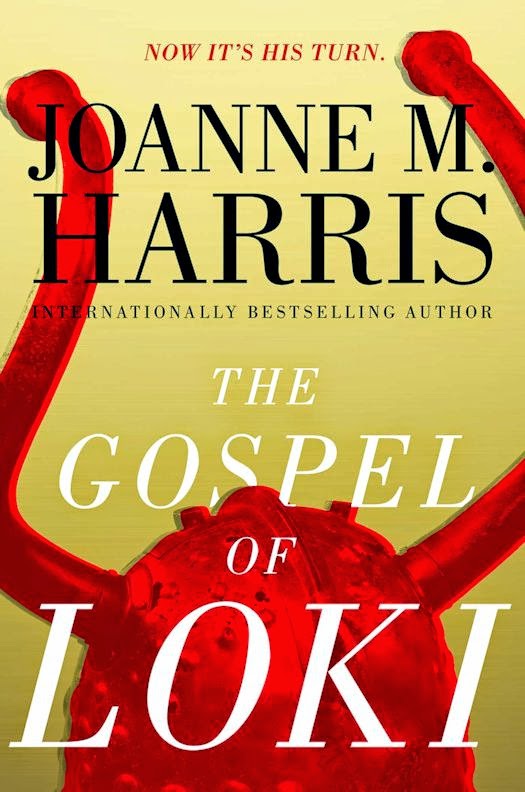 “A surprise from the author of Chocolat,” New York Times bestselling author Joanne M. Harris, “this pacy adult fantasy is narrated by Loki, the Norse god of fire and mischief” (Vogue).

This novel is a brilliant first-person narrative of the rise and fall of the Norse gods—retold from the point of view of the world’s ultimate trickster, Loki. A #1 bestseller in the UK, The Gospel of Loki tells the story of Loki’s recruitment from the underworld of Chaos, his many exploits on behalf of his one-eyed master, Odin, through to his eventual betrayal of the gods and the fall of Asgard itself.

Using her lifelong passion for the Norse myths, New York Times bestseller Joanne M. Harris has created a vibrant and powerful fantasy novel that the Sunday Sun recommends “to her long-standing audience with wit, style and obvious enjoyment;” The Sunday Times claims it “lively and fun;” and The Metro adds that “Harris has enormous fun with her antihero...this mythical bad boy should beguile fans of Neil Gaiman.”

The Gospel of Loki tells Loki's story from his first interaction with Odin to Ragnarok. It is told from Loki's point of view. Loki is a classic unreliable narrator or so it seems. Loki is the Trickster god so in many ways I was predisposed not to believe him. And if you've seen the Marvel films it's hard to keep that portrayal out of your head while reading, though the films don't really contradict anything about his character as portrayed in the novel. Loki certainly does little to hide what others would consider faults. Just the opposite - he revels them. He accepts who he is. He is sometimes not as clever as he thinks he is, but more often than not manages to pull off his tricks. He's cunning, calculating, and sometime careless.

Through Loki, Harris gives the background of the Norse myths including the creation of the worlds, the joining of the Aesir and the Vanir after a long war, and more. Things get really interesting for Loki when Odin brings him to Asgard. Despite Odin's promises, Loki is not welcome. He is an outsider; someone who is easy to blame when things go wrong. While he does cause a lot of trouble he's not at fault all of the time. He does exploit the weaknesses of the others in Asgard but also helps them. Loki is a contradiction born of Chaos. While Odin has what he believes to be very good reasons for bringing Loki to Asgard it was really not a great move on his part.

Loki lets us know why he does what he does throughout the novel. You might not agree with him but you understand his motivation. I could not help thinking that if the others were nicer to him, more accepting, that things might have been different. However, these are Loki's perceptions of the others and how he is being treated and probably are extremely twisted. Odin and many of the other gods are so tied up in destiny and Loki is so stubborn and hurt perhaps nothing could be done to change what happens. Things play out as they apparently must.

Harris has written a thoroughly enjoyable novel with straightforward prose and excellent pacing. It doesn't matter if Loki is unreliable. The Gospel of Loki is his take on what happened. It's fascinating and entertaining. Loki is the bad boy of the story, and you may very well end up caring about him. 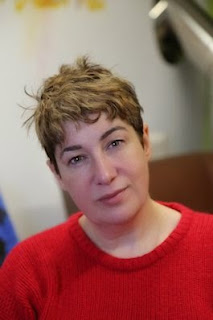 Joanne Harris (MBE) was born in Barnsley in 1964, of a French mother and an English father. She studied Modern and Mediaeval Languages at Cambridge and was a teacher for fifteen years, during which time she published three novels, including Chocolat (1999), which was made into an Oscar-nominated film starring Juliette Binoche and Johnny Depp.

Since then, she has written fourteen more novels, two collections of short stories, and three cookbooks. Her books are now published in more than fifty countries and have won a number of British and international awards. She is an honorary Fellow of St Catharine’s College, Cambridge, and has been a judge for the Whitbread Prize, the Orange Prize, the Desmond Elliott Prize, and the Royal Society Winton Prize for Science. She works from a shed in her garden, and lives with her husband and daughter in a little wood in Yorkshire.

Report "Interview with Joanne M. Harris and Review of The Gospel of Loki - May 4, 2015"