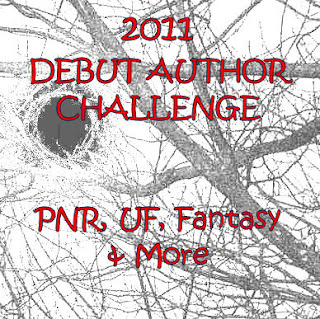 Here are the debut authors and their novels for January 2011. Pick one and let us know in the comments which one you'll be reading. I'm going to read A Brush of Darkness by Allison Pang. 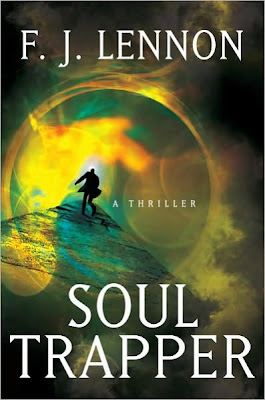 Kane Pryce knows that ghosts are real . . . and that sometimes they have unfinished business.

Shortly after death, a soul will see a door of light leading to the afterlife. But sometimes, when there's something or someone still pulling at them, souls turn their back to this door. Instead, they haunt the living . . .

Hollywood native Kane Pryce isn't your average twenty-something dabbling musician. Yes, he's an occasional substance abuser with a distrustful nature and self-destructive streak. And yes, most people might take him for a down-on-his-luck slacker. But to those in a very small circle, he's also known as a ghost-hunting legend. Delving deep into the supernatural isn't a lifestyle that Kane chose for himself, however; it was thrust upon him when his father vanished under mysterious circumstances. Unbeknownst to anyone besides Kane, his father left instructions to his son that led Kane to the Soul Trap, a powerful supernatural treasure that allows him to hunt down, capture, and send ghosts from the earthly realm to the afterlife.

For Kane, power over the supernatural has come with a price. Despite his attempts to do good with this power, his efforts often leave a path of destruction. So when his paranormal side-job attracts the attention of Eva Kells, a crack reporter intent on breaking his story, Kane is reluctant can he trust her?

Soon, though, risking his heart on a snooping journalist is the least of Kane's worries. He receives a call from a terrified priest whose church is haunted by the soul of a deceased little boy. Kane takes on the case, but as he begins to learn the strange details surrounding the boy's death, he realizes that there's much more at stake than he ever could have imagined. And to complicate things even further, he falls hard for the boy's mother. The only problem is, she's been dead for almost fifty years . . .

Nail-biting and darkly humorous, SoulTrapper takes readers on a thrilling ride through the ghostly realm.

From the author's site: "Soul Trapper helps pave the way for a new genre of fiction—Ghost Noir—grounded in classic pulp fiction and film noir, but set in modern time and centered on the supernatural." 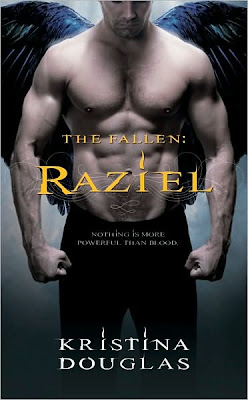 Kristina Douglas's sexy new series introduces a realm of fallen angels and ruthless demons, where an eternal rebellion is brewing . . . and one unsuspecting woman can change the fate of the Fallen forever.

She was just an ordinary mortal . . .

"You're dead" is so not what Allie Watson wants to hear. Unfortunately, it explains a lot. Like the dark, angelically handsome man who ferried her to this strange, hidden land. The last thing she remembers is stepping off a curb in front of a crosstown bus. Now she's surrounded by gorgeous fallen angels with an unsettling taste for blood—and they really don't want her around. Not exactly how she pictured heaven.

. . . until death catapulted her into a seductive world she never imagined.

Raziel is unsure why he rescued Allie from hellfire against Uriel's orders, but she stirs in him a longing he hasn't felt in centuries. Now the Fallen are bracing for the divine wrath brought by his disobedience, and they blame Allie for the ferocious Nephilim clawing at the kingdom's shrouded gates. Facing impossible odds at every turn, the two must work together to survive. Raziel will do anything to defend his spirited lover against the forces of darkness—because Allie may be the Fallen's only salvation. 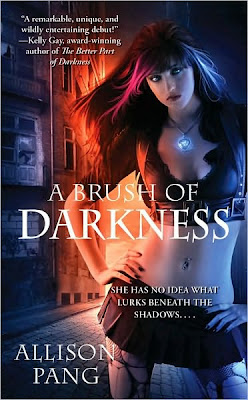 The man of her dreams might be the cause of her nightmares.
Six months ago, Abby Sinclair was struggling to pick up the pieces of her shattered life. Now, she has an enchanted iPod, a miniature unicorn living in her underwear drawer, and a magical marketplace to manage. But despite her growing knowledge of the OtherWorld, Abby isn't at all prepared for Brystion, the dark, mysterious, and sexy-as- sin incubus searching for his sister, convinced Abby has the key to the succubus's whereabouts. Abby has enough problems without having this seductive shape-shifter literally invade her dreams to get information. But when her Faery boss and some of her friends vanish, as well, Abby and Brystion must form an uneasy alliance. As she is sucked deeper and deeper into this perilous world of faeries, angels, and daemons, Abby realizes her life is in as much danger as her heart—and there's no one she can trust to save her.
Source: qwillery.blogspot.com
+ Sharelabels (1)Flag
All2011 Debut Author Challenge