Guest Blog by Alis Franklin - What would the Norse Gods think of all the modern stories about them? - November 4, 2014

Guest Blog by Alis Franklin - What would the Norse Gods think of all the modern stories about them? - November 4, 2014

Published:
Please welcome Alis Franklin to The Qwillery as part of the 2014 Debut Author Challenge Guest Blogs. Liesmith was published on October 7th by Hydra. 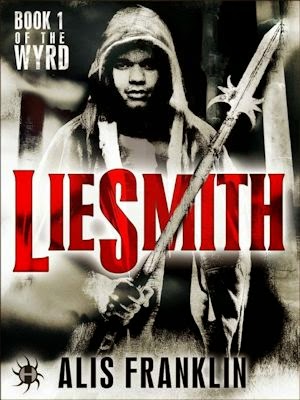 What would the Norse Gods think of all the modern stories about them?

Here’s a weird thing to think about: in the age of the Vikings, between around 800 CE and 1000 CE, the population of the whole of Europe is estimated to’ve been in the vicinity of 30 to 50 million people. In comparison, a little over a thousand years later, in 2012 CE, an estimated 76 million people in the US took themselves off to a cinema to watch the old Viking gods Thor and Loki battle it out in Marvel’s The Avengers.

Or, to put it another way: today, something like twice the entire population of medieval Eu-rope knows who “Thor” and “Loki” are, in one country alone.

Another data point: in 1999, a Japanese woman by the name of Sakura Kinoshita wrote a manga about Loki. Known in English as Mythical Detective Loki Ragnarok, it was later made into a TV show. Japan, for the record, is about five thousand miles (by plane), give or take, away from the ancestral home of the Vikings. There’s no evidence the Vikings ever got so far east during their era.

One more: in 1983, approximately one thousand years and ten thousand miles away from Viking lands, yours truly was born in an Australian hospital named after the Norse god of death and wisdom, Odin.

Thirty years later, and these are the things I think of whenever I hear anyone wax poetic on the notion that the old gods are dying. Sure, some of the details of their stories have… evolved over the centuries. But, changes or no, these stories are now told and retold in more ways and more places than ever before in history; in movies, TV shows, novels, video games, and song.

Sometimes, I wonder what Thor and Odin and Loki would think of what we’ve made of them.

Or maybe that’s the wrong question. Because the thing about the Old Norse religion is that it never actually died out. The Vikings officially converted to Christianity over a period of a few hundred years around 1000 CE, but the gods hung around. In modern days, their worship has been revived and has practitioners both in Scandinavia and elsewhere, including places like the United States and Australia. It’s probably a bit of stretch to say there are numerically more people now who believe in Thor and Odin than did a thousand years ago (Loki, on the other hand, who wasn’t actively worshipped in the Viking age now most certainly is), but they definitely do exist and that means that writing about the Norse deities is “borrowing” entities considered sacred in a living religious tradition.

This is something I thought of when I was doing my own modern adaptation as part of Liesmith. The Odin and (in particular) the Loki who appear in that story are very definitely fictionalized versions of their mythological selves. They’re both based on the Old Norse sa-gas, sure. Based on, but… different. And if maybe Odin is a little darker, and if maybe Loki is a little lighter… well. Maybe there are some spoilers there for the book I won’t get into. But, needless to say, I took some artistic license at points, if for no other reason than the sagas saying nothing about giant anthropomorphized archaeopteryxes.

But fictionalized mythology—that is, using sacred figures in secular entertainment—isn’t exactly new. Milton did it with Satan in Paradise Lost. On the other end of the scale, Morgan Freeman played God, literally, in Bruce Almighty, following on from Alanis Morissette who’d done the same in Dogma. Nor is this a trend constrained to Western literary traditions: about 75 years before Milton, in 16th century China, Wú Chéng'ēn wrote the novel Xī Yóu Jì—better known as Journey to the West in, er, the West—featuring versions of Buddhist re-ligious figures like the bodhisattva of compassion, Guanyin.

For the record, Xī Yóu Jì is one of my favorite tales, mostly care of my childhood exposure to it via a Japanese adaptation that used to run, dubbed (badly), on Australian TV under the name of Monkey. I’m hardly alone in my fangirling, and the story remains hugely popular in Asia; walk into just about any shop selling Chinese-language films and I’d bet money there’s at least one poster up depicting a recent adaptation.

There’s just something about retelling myths that humans seem incapable of letting go of.

So this is what we did with the old gods, Vikings and demons and buddhas alike; we turned them into pop culture sensations. And maybe the worship looks a little different—where once people sacrificed animals in Thor’s name, now they sacrifice time and the price of a movie ticket—but… maybe that doesn’t matter.

The old gods live on, bigger and brighter and more loved than ever. 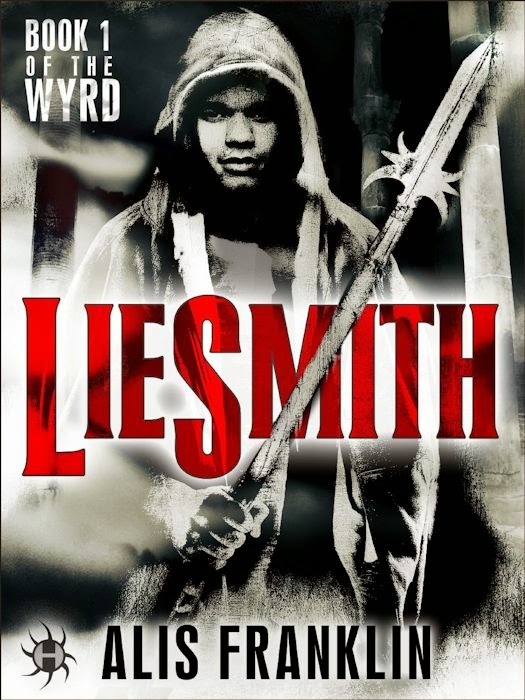 At the intersection of the magical and the mundane, Alis Franklin’s thrilling debut novel reimagines mythology for a modern world—where gods and mortals walk side by side.

Working in low-level IT support for a company that’s the toast of the tech world, Sigmund Sussman finds himself content, if not particularly inspired. As compensation for telling people to restart their computer a few times a day, Sigmund earns enough disposable income to gorge on comics and has plenty of free time to devote to his gaming group.

Then in walks the new guy with the unpronounceable last name who immediately becomes IT’s most popular team member. Lain Laufeyjarson is charming and good-looking, with a story for any occasion; shy, awkward Sigmund is none of those things, which is why he finds it odd when Lain flirts with him. But Lain seems cool, even if he’s a little different—though Sigmund never suspects just how different he could be. After all, who would expect a Norse god to be doing server reboots?

As Sigmund gets to know his mysterious new boyfriend, fate—in the form of an ancient force known as the Wyrd—begins to reveal the threads that weave their lives together. Sigmund doesn’t have the first clue where this adventure will take him, but as Lain says, only fools mess with the Wyrd. Why? Because the Wyrd messes back. 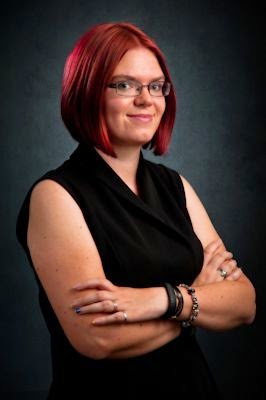 1 Comments on The Qwillery: Guest Blog by Alis Franklin - What would the Norse Gods think of all the modern stories about them? - November 4, 2014

Report "Guest Blog by Alis Franklin - What would the Norse Gods think of all the modern stories about them? - November 4, 2014"