Published:
This was an extremely light week for comics after last week's end of month comic inundation. In new comics I picked up a couple based on books, both from Dynamite Entertainment. 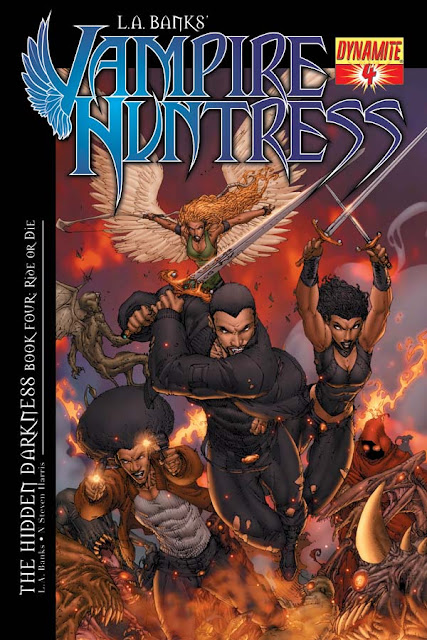 There's an old saying that, "The Devil is always busy." Well this time the Dark Lord has outdone himself and has created a new entity that has the full Guardian team and both Neterus completely baffled. THAT is what's been going after the teams and infecting them. It has the essence of evil distilled down from his fallen Vampire Council, a little topspin from his exterminated favorite demon, The Thirteenth, with general regulation nastiness just for good measure. The problem the team has now is, how do they track something that can morph at will? Perhaps the bigger question is, once they find it, how the hell do they kill it? LA Banks brings the series to a shattering conclusion! Dynamite Entertainment 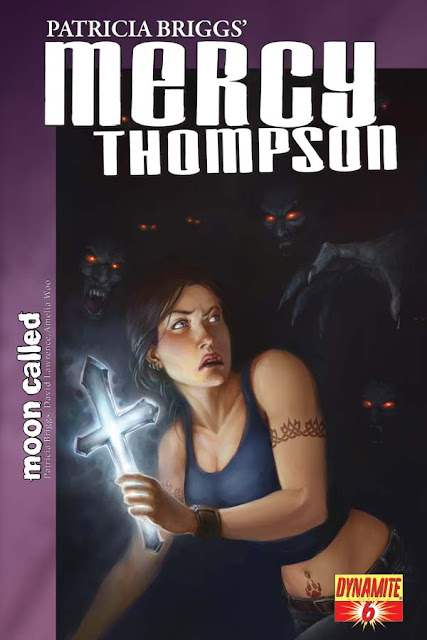 Her attempt to unravel the conspiracy threatening the security of the wolf pack has led coyote changeling Mercy Thompson down many dark and mysterious roads.
But now Mercy's search for answers takes her to the most perilous place of all.
In the heart of a coven of vampires Mercy finds she is all that stands between her friends and destruction...and discovers the vampire queen believes the coyote shapeshifter is the greatest danger of all!
Compelling characters and an exciting blend of action and suspense have rocketed Patricia Brigg's Mercy Thompson novels to the top of the NY Times best-seller list. Our adaptation is guaranteed to thrill fans both old and new! Dynamite Entertainment

I mentioned some older H.P. Lovecraft comics a couple of weeks ago. I purchased the missing issues on eBay. Here are the scans of the covers: 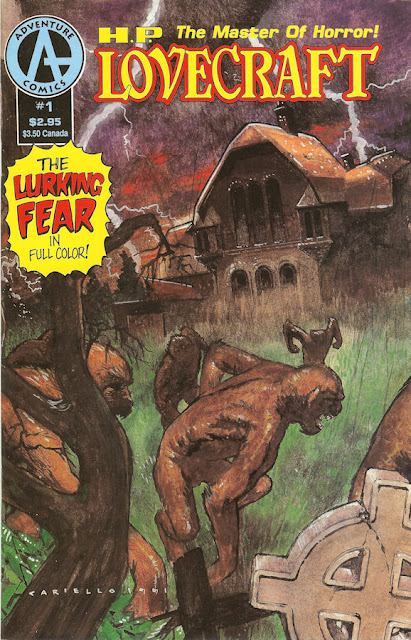 Beyond the Wall of Sleep 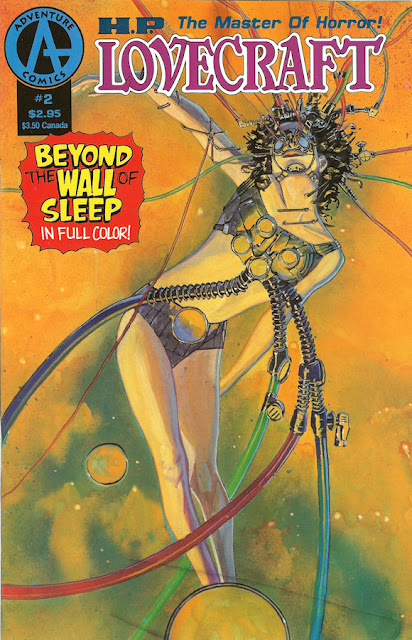 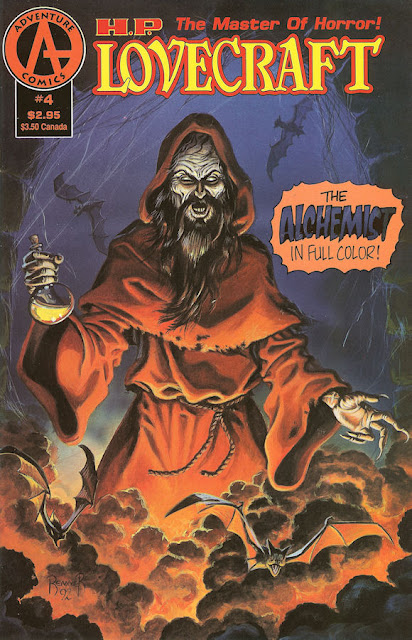