Published:
Yesterday was an extremely light comic book day for me. While that makes my wallet ecstatic, it makes me sad. Nonetheless, I did pick up some comics that I'm really enjoying so it's all good.

Three of the comics that I picked up are based on or are adaptions of novels. 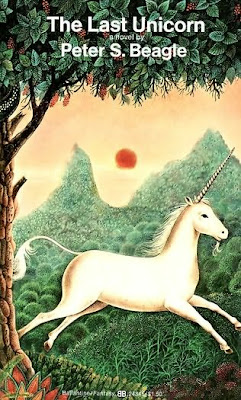 It was made into an animated film in 1982. Mia Farrow was the Unicorn. Christopher Lee voiced the bad guy, King Haggard.

A brave unicorn and a magician fight an evil king who is obsessed with attempting to capture the world's unicorns. IMDB

And it's a gorgeous comic from IDW Publishing.

As the threat of the terrifying and mysterious Red Bull looms, so does the dark and foreboding castle of King Haggard, the keeper of the bull. The Unicorn, the magician Schmendrick, and Molly brave ahead until they are forced to defend the unicorn from certain death. But Schmendrick’s solution may make her wish she hadn’t survived at any cost. 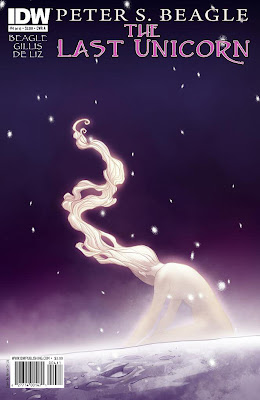 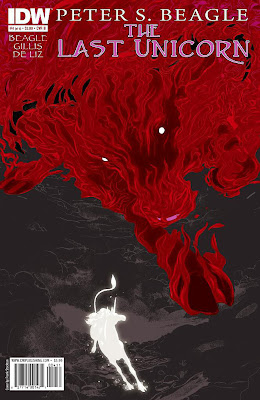 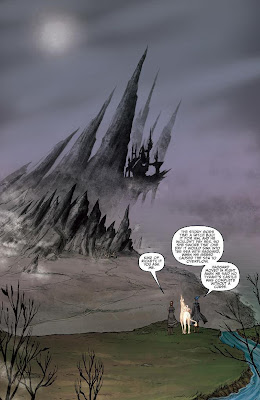 Do Androids Dream of Electric Sheep? by Philip K. Dick
I love the title. Brilliant. This is the book that inspired the Blade Runner film. 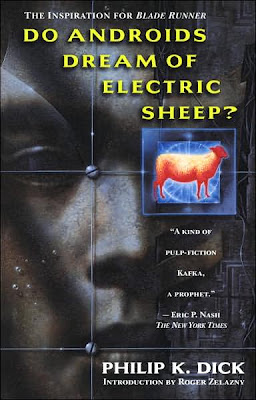 Here's the trailer from Blade Runner:
The comic that I got yesterday is Do Androids Dream of Electric Sheep? Dust to Dust from BOOM! Studios. It's the authorized prequel.

A science-fiction publishing event! Who hunted androids before Rick Deckard? Taking place immediately after World War Terminus ends, the problems with artificial life - androids - become apparent. The government decides they must become targets, hunted down, but who will do the dirty work? Two men are assigned: Malcolm Reed, a 'special' human with the power to feel others' emotions, and Charlie Victor, who's the perfect man for the job - or is he? Meanwhile Samantha Wu, a Stanford biologist, fights to save the last of the world's animals. John W. Campbell Award-nominee Chris Roberson writes the prequel to John W. Campbell Memorial Award-winner Philip K. Dick's Do Androids Dream of Electric Sheep?, one of the greatest science fiction novels ever published. BOOM! Studios 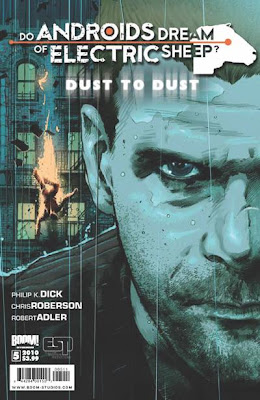 The Eye of the World, The Wheel of Time 1 by Robert Jordan 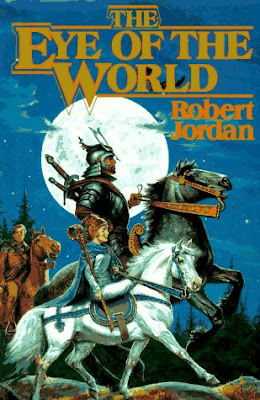 A movie is in the works for The Eye of the World.﻿ The comic is published by Dynamite.
About Issue 5:

The next chapter in the ROBERT JORDAN'S thrilling WHEEL OF TIME! Thanks to Moiraine, Rand Al'Thor has found out why his quiet life has erupted into chaos and what the myrddraal seeks -- and those answers will change his life forever. Plagued with visions of a great evil, and forced to leave the only home he's ever known, THE EYE OF THE WORLD continues here! DYNAMITE 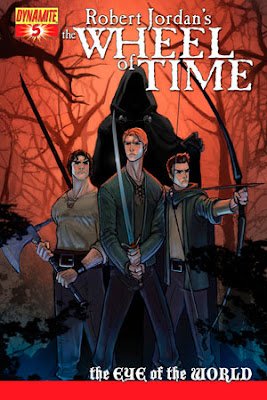 2 Comments on The Qwillery: Wednesday Comics on Thursday - Novels to Comics - September 30, 2010