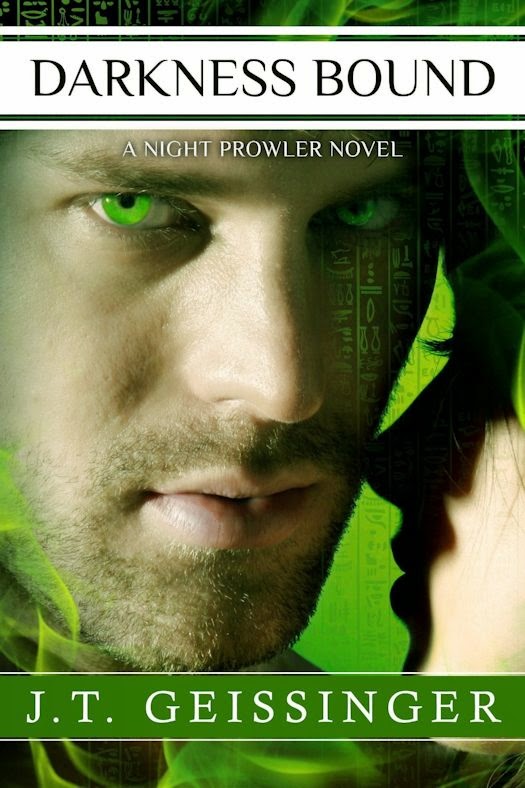 Tough, smart, and seriously ambitious, reporter Jacqueline “Jack” Dolan despises the secretive clan of shape-shifters known as the Ikati—and has become determined to destroy them. After she writes an editorial arguing for their extermination and turns public opinion against them, the Ikati vow to fight back. They plot to send one of their own to seduce the reporter, then blackmail her into writing a retraction.

Women practically fall at the feet of hulking, handsome Hawk Luna, and Hawk relishes the idea of conquering and destroying the fiery redhead who’s caused so much trouble for his kind. The last thing he expects is to develop real feelings for her, but their liaison awakens a hunger in him that he cannot deny. He kidnaps Jack and brings her to his Amazon jungle colony, but the two lovers are soon embroiled in deadly colony politics and threatened by a looming global species war.

As the danger around them grows closer, Jack and Hawk’s forbidden passion may build a bridge between two ancient enemies—or cost them both their lives.

Darkness Bound is the 5th and penultimate book of the Night Prowler series by J. T. Geissinger. In this instalment Hawk the hunky Ikati shifter leaves the safe confines of the Brazilian colony in search of the fiery journalist Jacqueline (Jack).  Jack has helped to fan the flames of discord between humanity and the Ikati with her articles following events in book 3. Hawk needs to convince Jack to come with him to see that the ikati aren't as evil as Caesar has portrayed them to be. He has found the perfect piece of blackmail and its not long before Jack is forced to see the other side of her story.

I have enjoyed this series and especially liked book 4 - Edge of Darkness. Overall, in the series I thought that Geissinger has got the balance between the romance and action just about right. However, with Darkness Bound I thought that 'the sexy' started far too early and this diminished the romance later on in the story.  Jack was an interesting character and her terrible secret was terrible indeed. She was feisty and strong which always like in a heroine but at the same time I didn't really find anything about her that made me like her. I found the tall, muscley shifter Hawk to be a bit too similar to his fellow shifter Xander from book 2 - Edge of Oblivion. The fact that Xander lived in the same colony as Hawk only emphasized the similarities in their bad boy broodiness. I didn't really find these two as engaging as some of the other characters in this series.

Luckily, the book didn't focus solely on Jack and Hawk as some of my favourite characters are back in book 5 including Jenna and Leander. This couple almost steal the show from Jack and Hawk's love story. Jenna is the queen in every sense of the word and takes centre stage in every scene she is in. In fact, I was looking more forward to Jenna than I was with either Hawk or Jack. We also find out what happened to our favourite baddy - Caesar who is back to wreak havoc on both humanity and the Ikati. But does he get away with it? You will have to read it to find out. Perhaps the scariest of all are two characters who have been in the background in the last 2 books - Jenna and Leander's twin babies. Yes, scary babies! Even their parents think so.

I liked this book but perhaps not as much as the others as I didn't engage with the love story. In my view Geissinger saves it all for the ending of the book which is practically on fire it is so exciting. I will be interested to see how Geissinger uses Jack and Hawk in the final book as she seems to be bring together characters from the previous books in this penultimate book to set the stage for book 6. Into Darkness is out in October so its only a few months before I get to find out what happens to my favourite characters and the Ikati.