Published:
What are the 2012 Debut Author Challenge Authors up to now and in 2013?  This is the fourth is a series of posts. 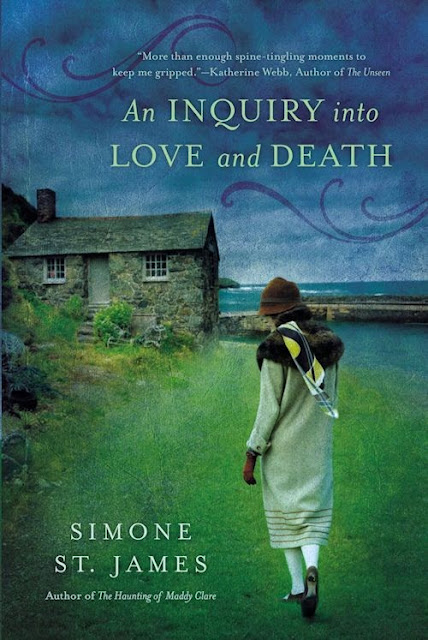 In 1920's England, a young woman searches for the truth behind her uncle’s mysterious death in a town haunted by a restless ghost…

Oxford student Jillian Leigh works day and night to keep up with her studies—so to leave at the beginning of the term is next to impossible. But after her uncle Toby, a renowned ghost hunter, is killed in a fall off a cliff, she must drive to the seaside village of Rothewell to pack up his belongings.

Almost immediately, unsettling incidents—a book left in a cold stove, a gate swinging open on its own—escalate into terrifying events that convince Jillian an angry spirit is trying to enter the house. Is it Walking John, the two-hundred-year-old ghost who haunts Blood Moon Bay? And who beside the ghost is roaming the local woods at night? If Toby uncovered something sinister, was his death no accident?

The arrival of handsome Scotland Yard inspector Drew Merriken, a former RAF pilot with mysteries of his own, leaves Jillian with more questions than answers—and with the added complication of a powerful, mutual attraction. Even as she suspects someone will do anything to hide the truth, she begins to discover spine-chilling secrets that lie deep within Rothewell…and at the very heart of who she is. 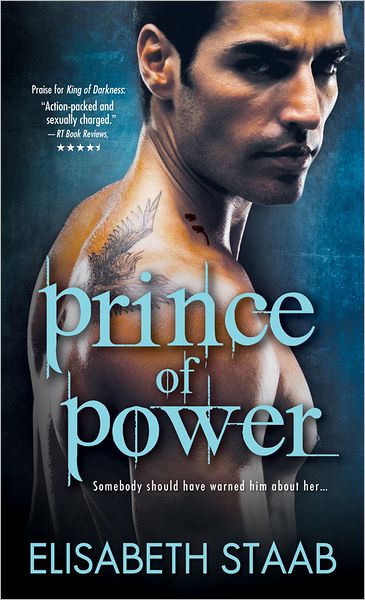 The second installment of Elisabeth Staab's paranormal romance series follows Tyra, a vampire soldier who is nearly killed on the battlefield while fighting the vicious wizard clan. When she awakes from her injuries, she discovers that the man who saved her life is none other than the Master Wizard's son, Anton. They are inexplicably drawn to each other, but Tyra knows this mysterious wizard is hiding a violent secret. She is unsure of whom to trust, who to believe, and where she belongs. Is Anton really in love with Tyra and out for revenge on his father? Or is he only pretending to love her so that he can kill her and steal her powers? 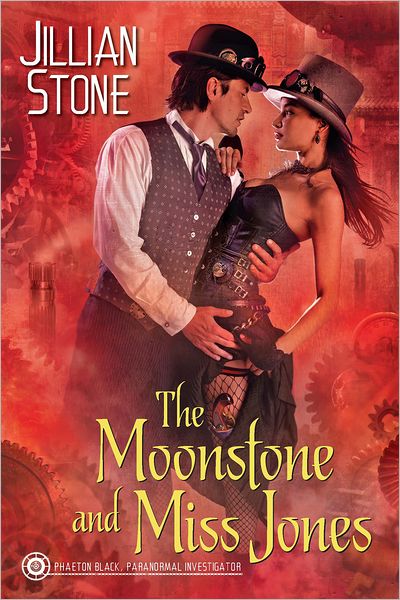 A master of paranormal deduction—and paramour seduction—Phaeton Black has a knack for bumping into things that go bump in the night, from ghoulies and ghosties to long-leggedy beauties…

Mooning For The Moonstone

Barely escaping the clutches of a succulent succubus, Phaeton Balck returns to London only to get sucked into another unearthly scheme. Professor Lovecraft has been tinkering with the secrets of life and death, replacing body parts with the latest mechanical marvels. To succeed, he needs to tap the power of the fabled Moonstone—and he needs Phaeton’s help. Of course, Phaeton would prefer to investigate the more interesting body parts of Miss America Jones. Perhaps, bringing his lady friend along for the ride won’t be to too much trouble…

The bewilderingly beautiful and bountifully gifted daughter of a Cajun witch, Miss Jones is always up for an adventure, especially with Mr. Black as her traveling companion. But when Phaeton is mysteriously shanghaied in Shanghai, America thinks he’s run out on her. Stranded in the Orient—and steaming mad—she’s prepared to look under every stone for the missing detective. The case has put them both in the most compromising positions, but this time, Miss Jones is on top and Mr. Black is at the bottom…of a truly infernal plot. 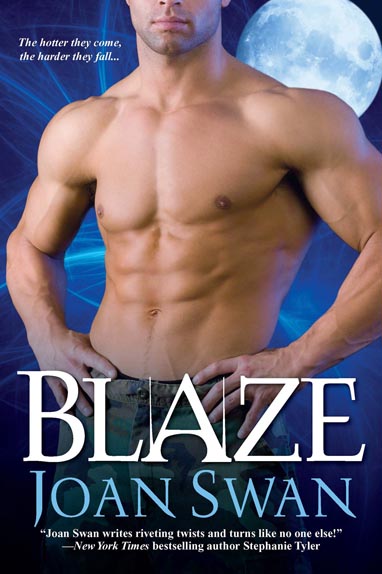 With a man like him, every mission becomes personal…

Ever since FBI agent Keira O’Shay started tracking a young boy named Mateo, she’s felt a connection even her empathic abilities can’t explain. She needs to save Mateo from the cult leader holding him hostage. Nothing can interfere with that—not even the reappearance of Luke Ransom, the hot-as-hell fire captain she’s regretted walking out on for three long years.

Losing Keira left Luke vulnerable—in every way. When they were together, the powers each possesses were mysteriously enhanced. But it’s the sexy, surprising woman beneath the tough exterior that Luke’s really missed. Even if she betrayed him utterly. And even if agreeing to help her uncover a government conspiracy means watching his life and his heart go up in flames again… 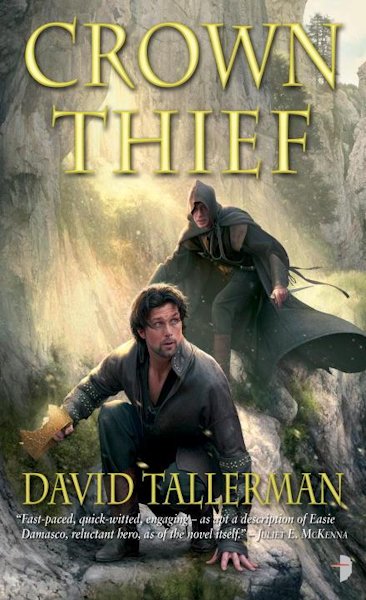 From the Tales of Easie Damasco…

But whatever good intentions Damasco may have are about to be tested to their limits, as the most valuable – and dangerous – object in the land comes within his light-fingered grasp.

Add in some suicidally stubborn giants, an old enemy with dreams of empire and the deadliest killers in two kingdoms on his heels, and Damasco’s chances of staying honest – or even just surviving – are getting slimmer by the hour. 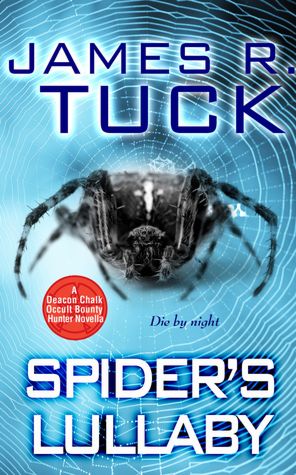 He lives to kill monsters. He keeps his city safe. And his silver hollow-points and back-from-the-dead abilities take out any kind of unnatural threat. But between this bad-ass bounty hunter and rescuing the most helpless of victims stands the one evil he can’t defeat…

For Deacon Chalk, loyalty is worth dying for. And now that something has taken were-spider Charlotte’s un-hatched children and one of his closest friends, he’ll tear up the human and supernatural underworlds to find them. But with his allies stripped away by an invincible Yakuza hit man and time running out, Deacon must face down the most ancient of demonic entities. And his last hope means surrendering to the inner darkness waiting hungrily to consume him … 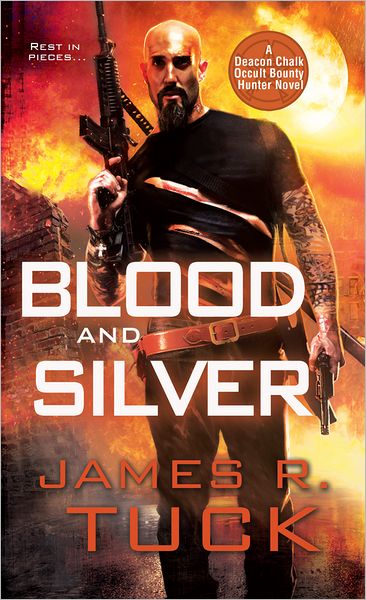 He hasn’t met a monster yet that could give him a scare. With ice in his veins, silver hollow-points in his chambers, and an innate ability to rise from the dead, what’s to fear? The answer may be something he doesn’t want to face…

Deacon Chalk normally has no trouble telling innocent victims from real monsters. So protecting an abused pregnant were-dog is a no-brainer…until a vicious lycanthrope leader and his brotherhood target Deacon, other shape-shifters, and any humans in their way. Suddenly, Deacon is outnumbered, outgunned, and unsure who—or what—to trust. The only edge he has left is a weapon hungry for his soul and his most savage impulses. And using it will exact a price even this hell-raising hunter fears to pay… 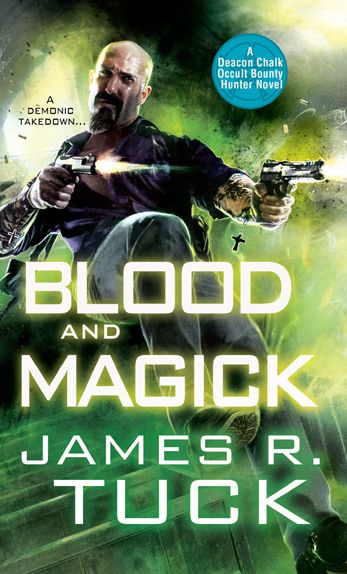 Taking out hellish creatures—not a problem. Armed with blessed silver hollow-points and the ability to manipulate magick, he’s ready for anything—except betrayal he never saw coming…

Deacon Chalk knows the biggest danger in fighting monsters is becoming one. Just another day at the office for your friendly neighborhood occult bounty hunter. If keeping three helpless were-dog children safe means battling a malevolent trio of witches by any means necessary, so be it. If that means partnering with a ruthless government agent to stay one step ahead of the allies and friends he must now suspect, he’s not going to cry about it. The only way Deacon can save humans and shape-shifters alike is to embrace a power beyond his imagining, putting his team at stake—and his soul on the line…