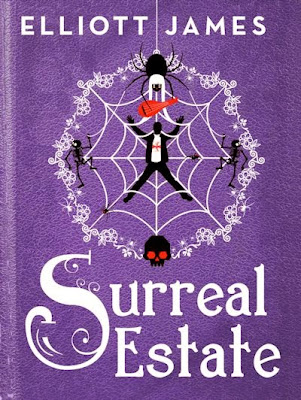 This is the fifth in a series of short stories by debut author Elliott James. The first of his novels, Charming, is available now. 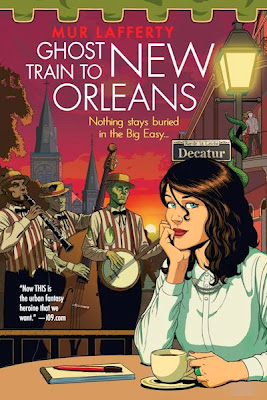 COULD YOU FIND A MUSEUM FOR A MONSTER?
OR A JAZZ BAR FOR A JABBERWOCK?

Zoe Norris writes travel guides for the undead. And she's good at it too -- her new-found ability to talk to cities seems to help. After the success of The Sbambling Guide to New York City, Zoe and her team are sent to New Orleans to write the sequel.

Work isn't all that brings Zoe to the Big Easy. The only person who can save her boyfriend from zombism is rumored to live in the city's swamps, but Zoe's out of her element in the wilderness. With her supernatural colleagues waiting to see her fail, and rumors of a new threat hunting city talkers, can Zoe stay alive long enough to finish her next book? 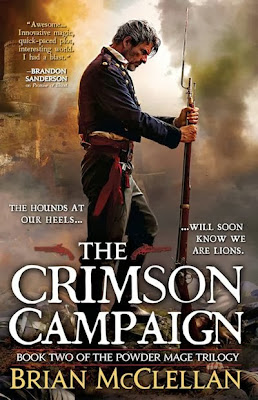 But the threats are closer to home...
In Adro, Inspector Adamat only wants to rescue his wife. To do so he must track down and confront the evil Lord Vetas. He has questions for Vetas concerning his enigmatic master, but the answers will lead Adamat on a darker journey.

In a rich, distinctive world that mixes magic with technology, who could stand against mages that control gunpowder and bullets? THE CRIMSON CAMPAIGN is the epic sequel to Brian McClellan's Promise of Blood. 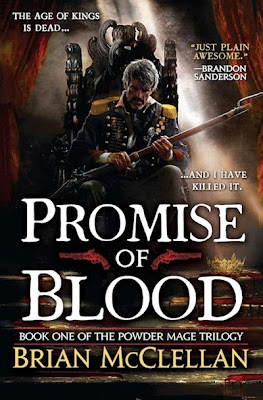 In a rich, distinctive world that mixes magic with technology, who could stand against mages that control gunpowder and bullets? PROMISE OF BLOOD is the start of a new epic fantasy series from Brian McClellan.

A Tiger's Tale
Call of the Wilde Mystery 2
Berkley, May 6, 2014
Mass Market Paperback and eBook, 336pages 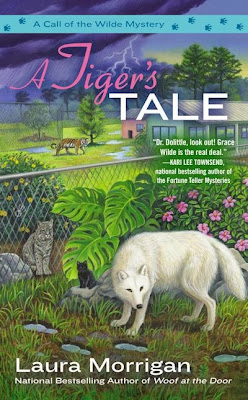 When a normally mellow tiger at a rescue facility trees a terrified vet, animal behaviorist Grace Wilde needs to use her psychic ability to get to the root of the problem…

A tiger can’t change his stripes—but if his behavior changes suddenly, there’s a reason. So when even-tempered Boris the Siberian tiger goes into attack mode, Grace knows there’s more to the story. Something is agitating the big cat. As she uses her telepathic ability to calm the tiger, she realizes he has witnessed a theft—not of something but of someone. A teenaged volunteer at the animal rescue facility has been taken…kidnapped.

The problem is Brooke Ligner’s parents believe their troubled daughter ran away and Grace can’t exactly reveal her source. Even though sexy cop Kai Duncan is aware of Grace’s secret ability, he can’t initiate an investigation based on the word of a tiger. Now, as Grace searches for solid clues to rescue the missing teen, it’s the human predators she’ll need to watch out for… 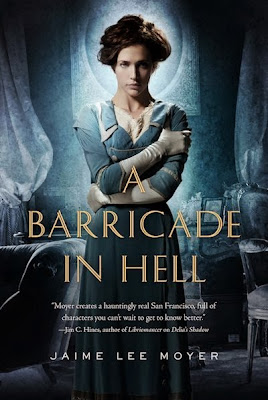 In Jaime Lee Moyer's Barricade in Hell, Delia Martin has been gifted (or some would say cursed) with the ability to peer across to the other side. Since childhood, her constant companions have been ghosts. She used her powers and the help of those ghosts to defeat a twisted serial killer terrorizing her beloved San Francisco. Now it's 1917—the threshold of a modern age—and Delia lives a peaceful life with Police Captain Gabe Ryan.

That peace shatters when a strange young girl starts haunting their lives and threatens Gabe. Delia tries to discover what this ghost wants as she becomes entangled in the mystery surrounding a charismatic evangelist who preaches pacifism and an end to war. But as young people begin to disappear, and audiences display a loyalty and fervor not attributable to simple persuasion, that message of peace reveals a hidden dark side.

As Delia discovers the truth, she faces a choice—take a terrible risk to save her city, or chance losing everything?