Guest Blog by Snorri Kristjansson: You could have written about ninjas! Space giraffes! Sharks with lasers! Why ... Vikings? - February 21, 2014

Guest Blog by Snorri Kristjansson: You could have written about ninjas! Space giraffes! Sharks with lasers! Why ... Vikings? - February 21, 2014

Published:
Please welcome Snorri Kristjansson to The Qwillery as part of the 2014 Debut Author Challenge Guest Blogs. Swords of Good Men was published on January 7, 2014. You may read Snorri's DAC Interview here. 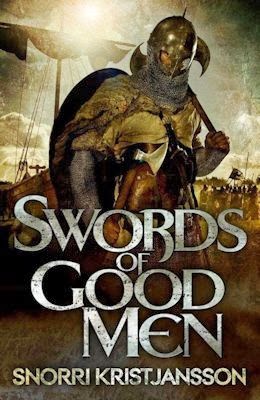 You could have written about ninjas! Space giraffes! Sharks with lasers! Why ... Vikings?

Hello! My name is Snorri Kristjansson, and like ~7.8% of humanity I am a writer. It’s a strange and quite merciless condition that manifests in a constant need for narrative. I can’t help it – my long-suffering wife by now doesn’t even start listening to me until 7 minutes in, when she knows the introduction to whatever anecdote I’m spinning (or, to be fair, squeezing) out of my daily routine might be ending. In short (hah! As if), I have to tell stories. I’ve done this on stage, both as an actor and a comedian, but one fateful day in 2009 I figured that there was something rattling around in my head that needed to be told properly.

And just like the rest of the writers, of which there is an absolutely terrifying amount, when it was time to choose what to write about I have the whole canvas of humanity – everything we are, everything we do, everything we’ve made up or dreamed up or torn down or thrown away – to play with. And as if that wasn’t enough, I could make things up of my own – I could create a world where monkeys rode dinosaurs and enslaved giant dung beetles who eventually rose up to defeat their oppressors when charismatic (but mysterious) monkey/dinosaur leader Tyrannochimp appeared to lead them in the fight against the master race, only to create a dystopia worse than the world they destroyed. I could totally do that.

And faced with the enormity of all of this, what did I do?

I decided to write about Vikings. That’s what I did. Smelly barbarians from the far North, looting and pillaging without even the decency to offer up a musical number to go with it.

This decision, of course, had something to do with the fact that I am a little bit of a smelly Barbarian myself. My discrete one-man invasion of Great Britain from the cold and salty shores of Iceland has lasted for nearly a decade now. It is a great success – I have neither been decapitated nor converted yet (although I have acquired a taste for tea, which is alarming – mine’s an Earl Grey, no milk, squeeze of lemon). So that covers the Cultural Heritage bit, sort of.

Another part of the decision was that Vikings are just cool. There is no way around it. As I mentioned in my guest blog for SFX Magazine, they had technology, crazy mythology, battling badasses and generally quite a lot of Awesome going on.

They’re also under-represented in the bookshops. You could quite happily build your own house with books set in Ancient Rome. Take all the Viking books ever published into the living room of your (to be honest, slightly odd) Rome Book House and you might be able to build yourself a table. I owe it to my ancestors to add at least 3 more to the Viking pile.

Something about the Vikings calls to me somewhere deep, somewhere that is less of a gentle, lumbering schoolteacher and more of a man who feels really comfortable holding a hand axe. The wisps of cloud at dawn over Nordic waters. The soft kiss of the oar breaking the surface as a longship glides silently upriver. The hard eyes and cold smiles of raiders waiting for the sweet smell of thatch on fire, the sounds of raw, throaty screaming and the feel of steel splitting skin and breaking bone.

That’s what they say, isn’t it?

Write what you know. 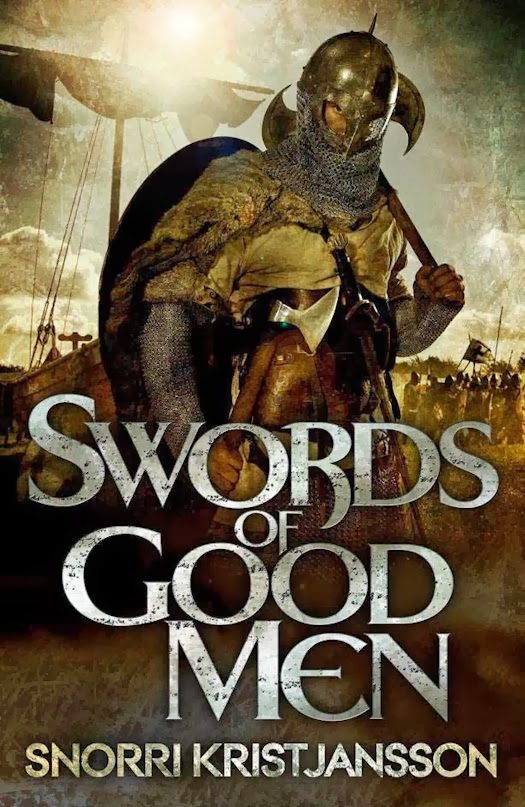 Swords of Good Men, Snorri Kristjansson’s debut novel, incorporates the myths that fascinated him as a child with his passion for epic fantasy. Ulfar Thormodsson has spent two years travelling as envoy and bodyguard to his high-born cousin. They have one last stop – the walled port town of Stenvik – before they can finally go home.

Thormodsson meets the beautiful and tragic Lilja, who immediately captures his heart. Stenvik is also home to solitary blacksmith Audun Arngrimsson, whose past hides many dark secrets. Soon, the conflict brewing between two factions of dangerous and determined men of the town threatens to sweep all of them, natives and visitors alike, into the jaws of war.

The factions within Stenvik are about to come to blows, but a far bigger battle is approaching: a young King Olav is bringing the White Christ at point of sword and edge of blade. And on the horizon are the sails of another, more mysterious enemy. Thormodsson and his companions will soon learn that in this conflict between the Old Gods and the new, there are enemies everywhere—outside the walls of Stenvik as well as within. 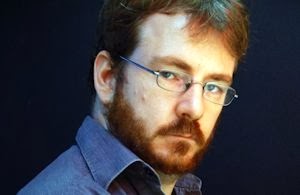 Snorri Kristjansson is an Icelander, a writer and a teacher, with a background in acting, music and stand-up comedy. He lives in South London with his fiancé. SWORDS OF GOOD MEN is his first novel. Follow him on Twitter at @SnorriKristjans.

SWORDS OF GOOD MEN published in January 2014 by Jo Fletcher Books (an imprint of Quercus) and is the first book in his new series titled The Valhalla Saga. Three books are planned for the series.

Report "Guest Blog by Snorri Kristjansson: You could have written about ninjas! Space giraffes! Sharks with lasers! Why ... Vikings? - February 21, 2014"