Published:
Here are upcoming books for some of the authors who were featured in the 2012 Debut Author Challenge. 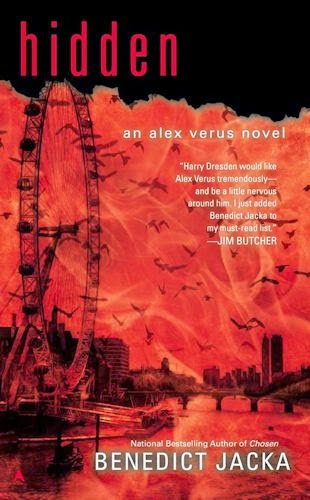 With his talent for divining the future, Alex Verus should have foreseen his friends’ reactions to the revelations about his previous life. Anne Walker no longer trusts him—and has also cut all ties with the mage community after getting kicked out of the apprentice program. As a favor to Luna, Alex’s own apprentice and Anne’s best friend, he checks in on her only to be told to leave her alone.

Then Anne gets kidnapped. The Council Keepers of the Order of the Star believe Dark mages from her past may be involved. Working with the Keepers, Alex and Luna discover that Anne has been taken into the shadow realm of Sagash, her former Dark mage mentor, and they must find a way to rescue her.

But another shadow from the past has resurfaced—Alex’s former master may be back in London, and Alex has no idea what his agenda is… 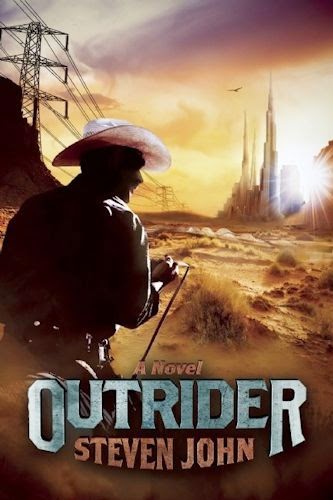 The only people that can stop the high-tech terrorists who are stealing power are on horseback.

In the very near future, the United States’ energy needs are supplied by enormous solar farms the size of a small state. The panels generate an energy field that prevents ordinary machinery and electronics from functioning. The fields have to be guarded and tended by men on horseback: the Outriders.

New Las Vegas is ruled with an iron fist by Mayor Franklin Dreg and his quietly competent personal assistant, Timothy Hale. Crisis erupts when Hale discovers someone has been stealing energy—siphoning it out of the New Las Vegas grid under cover of darkness. As the Outriders investigate, the scale of the thieving becomes clear: these aren’t ordinary energy leechers. These are high-tech terrorists, or revolutionaries engaged in a mysterious and dangerous enterprise that could bring down the entire energy grid and the city it supports.

As pressures mount, fractures appear, both in the political leadership of New Las Vegas and among the tight-knit community of Outriders. As the pressure continues to grow, the mysterious goal of the “Drainers” finally comes into focus. Only then do the Outriders realize how dangerous the situation really 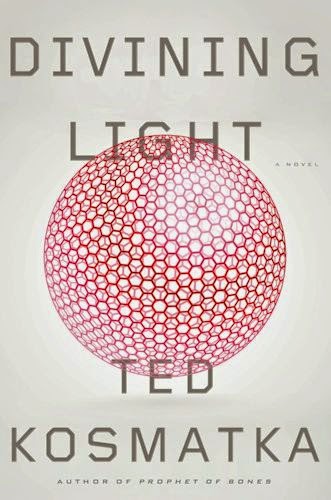 Brilliantly conceived and multilayered, Divining Light is a high-concept thriller that questions what it really means to be human

In Ted Kosmatka’s wildly original and genre-busting Divining Light, a groundbreaking new discovery changes the world forever
.
Out of a job and struggling with depression and alcohol abuse after a breakdown, the brilliant quantum physicist Eric Angus is given a second chance after he’s hired on a probationary basis by an old friend who runs Hansen, a prestigious Boston-area research lab. Unable to find inspiration for a project, Eric stumbles upon old equipment used for Feynman’s double-slit experiment and decides to re-create the test in order to see the results for himself.

Eric probes deeper into Feynman’s theory, with the help of fellow scientists Satish and Mi Chang. After extensive tests on frogs, dogs, chimps, working their way up every phylum, class, and order in the animal kingdom, Eric and his team establish a link between conscious observation and an evolutionary trait that is distinctly human: the soul. Mass chaos ensues after they publish the results of their experiment and Eric is bombarded by reporters angling for exclusive interviews and wanting to debate the varying implications. Questions arise when certain people appear to be “soulless,” and after Satish mysteriously disappears, Eric risks everything to answer them. 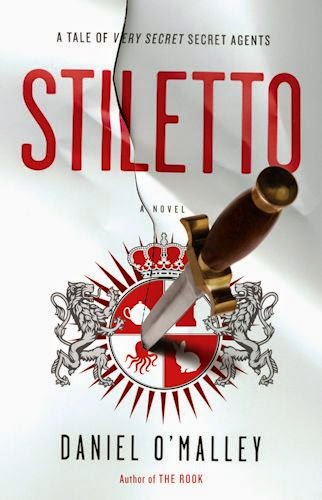 In this spirited sequel to the acclaimed The Rook, Myfanwy Thomas returns to clinch an alliance between deadly rivals and avert epic -- and slimy -- supernatural war.

When secret organizations are forced to merge after years of enmity and bloodshed, only one person has the fearsome powers---and the bureaucratic finesse---to get the job done. Facing her greatest challenge yet, Rook Myfanwy Thomas must broker a deal between two bitter adversaries:

The Checquy---the centuries-old covert British organization that protects society from supernatural threats, and...

But as bizarre attacks sweep London, threatening to sabotage negotiations, old hatreds flare. Surrounded by spies, only the Rook and two women who absolutely hate each other, can seek out the culprits before they trigger a devastating otherworldly war.

Stiletto is a novel of preternatural diplomacy, paranoia, and snide remarks, from an author who "adroitly straddles the thin line between fantasy, thriller, and spoof " (Booklist). 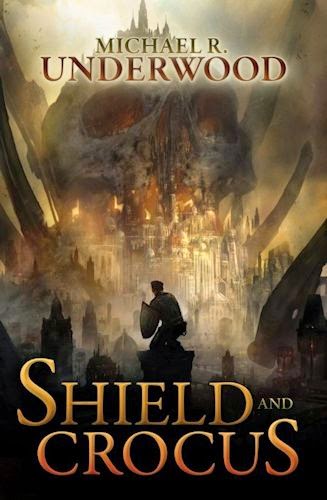 In a city built among the bones of a fallen giant, a small group of heroes looks to reclaim their home from the five criminal tyrants who control it.

The city of Audec-Hal sits among the bones of a Titan. For decades it has suffered under the dominance of five tyrants, all with their own agendas. Their infighting is nothing, though, compared to the mysterious “Spark-storms” that alternate between razing the land and bestowing the citizens with wild, unpredictable abilities. It was one of these storms that gave First Sentinel, leader of the revolutionaries known as the Shields of Audec-Hal, power to control the emotional connections between people—a power that cost him the love of his life.

Now, with nothing left to lose, First Sentinel and the Shields are the only resistance against the city’s overlords as they strive to free themselves from the clutches of evil. The only thing they have going for them is that the crime lords are fighting each other as well—that is, until the tyrants agree to a summit that will permanently divide the city and cement their rule of Audec-Hal.

It’s one thing to take a stand against oppression, but with the odds stacked against the Shields, it’s another thing to actually triumph.

In this stunning, original tale of magic and revolution, Michael R. Underwood creates a cityscape that rivals Ambergris and New Crobuzon in its depth and populates it with heroes and villains that will stay with you forever.


More about these novels when I have can share the covers.