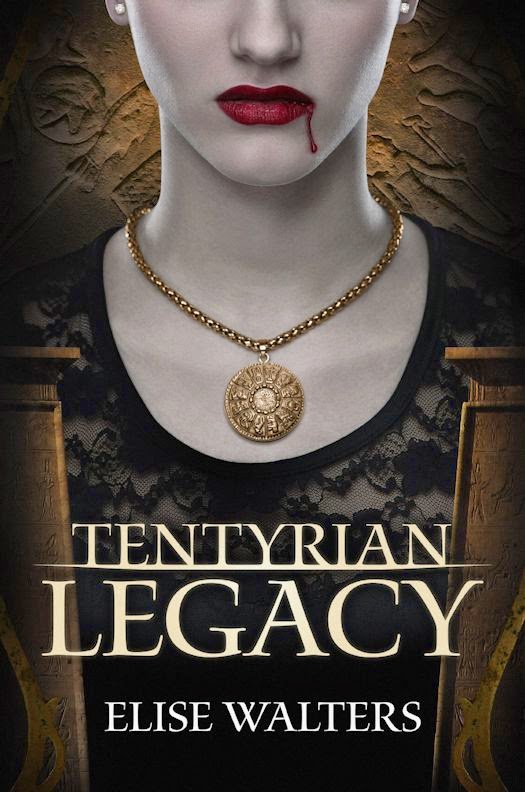 The legacy begins in the sands of Egypt in a time when an ancient city called Tentyris flourished. Its secretive people, ruled by the Council of the Zodiac, lived peacefully alongside humanity. That time was 53 B.C. More than two millennia later, the power of the Tentyrian people has been all but forgotten. The remnants of memory that live on have been turned into twisted folklore about vampires and astrology.

One girl on the cusp of womanhood is about to discover just how real that folklore is.
With telepathic powers that made her parents send her to a mental institution, Arianna Parker always knew she was different—but she never thought a job interview would lead to the discovery of her being a prophesied descendent of an ancient Egyptian vampire race. Nor for that matter did she think she would fall in love with Maximos Vasilliadis, a 2,225 year old vampire. Maximos is the creator of the Tentyrian Brotherhood—a secret order of warriors, pledged to prevent a catastrophic event predicted to wipe out Earth.

Maximos believes Arianna is a descendent of his kind—the Tentyrian vampires—and she has been destined to lead their cause in saving the world. With her 25th birthday approaching, an event that will change her forever, Arianna finds herself caught in the middle of warring vampires—some of whom intend to use her and her power of telepathy for evil.

From the manicured lawns of Connecticut, to the streets of New York City and an exotic island in the Ionian Sea, Arianna must learn to trust Maximos and her heart if she is to save the world, herself, and the Tentyrian legacy.