Published:
Please welcome Juliet Blackwell to The Qwillery.  Spellcasting in Silk, the 7th Witchcraft Mystery, will be published on July 7th. 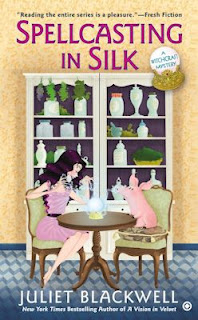 Botanicas
What’s a botanica, you might ask? If you’re ever in a major city, check one out. They’re usually located in the Latino area of town; ask anyone local, they’re bound to have a favorite.

As the name indicates, these stores specialize in botanicals; but botanicas are so much more than that. The shopkeepers often serve as informal folk pharmacists; they are wise women dispensing herbs and advice, from how to get rid of warts to how to improve one’s love life or soothe one’s nerves or exact psychic revenge upon an enemy.

You’ll see packets of herbs and teas; candles for specific uses such as Homework Help or Lucky Lottery; little resin pyramids with Buddha figures inside; tiny metal “milagros” in the shapes of different body parts – leg, head, heart—which are meant to help heal those areas; bells and incense and books. The inventory usually depends on the origin of the shopkeepers; they might hail from Mexico, El Salvador, Nicaragua, or elsewhere in Latin America. Those from Central America often include a good amount of Santeria, a Caribbean tradition derived from beliefs of West African slaves, indigenous religions, and Catholicism.

What I enjoy most about botanicas is the blending of so many different belief systems. When I write my Witchcraft mysteries, I love to pick and choose different aspects of magical beliefs or folk medicines from all over the world, bringing them together in a coherent system. Throughout history and in every part of the globe, humans have developed special ways of looking at and interpreting and manipulating the world – part science, part faith, part magic.

So if you get a chance to wander the aisles of a botanica, choose a few meaningful items. Even if you’re not a believer in magic, sometimes a stone with “Strength” carved into it, given to you by a friend, can bring solace in hard times. A soothing tea might help you drift off to sleep. Lighting a candle for good luck can help you focus your concentration and ace that test or job interview. My little silver milagro helps me fend off headaches…I think. I hope. I want to believe.

And isn’t that what magic is all about? 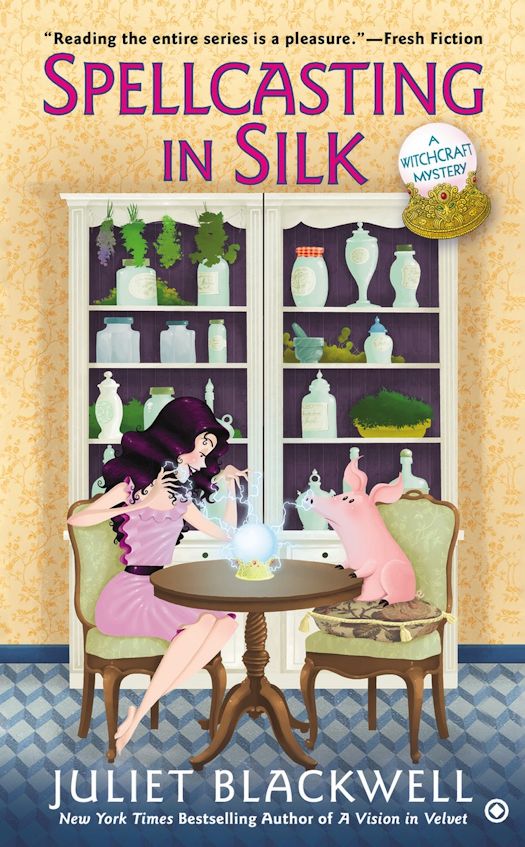 Lily would like nothing better than to relax, enjoy her friends, and take care of business at her store, which is booming thanks to San Francisco’s upcoming Summer of Love Festival.  But as the unofficial witchy consultant to the SFPD, she is pulled into yet another case.

A woman has jumped off the Golden Gate Bridge, and her apparent suicide may be connected to a suspicious botanica in the Mission District. When the police investigate the shop, they ask Lily to look into its mysterious owner, whose granddaughter also appears to be missing. As Lily searches for the truth, she finds herself confronted with a confounding mystery and some very powerful magic… 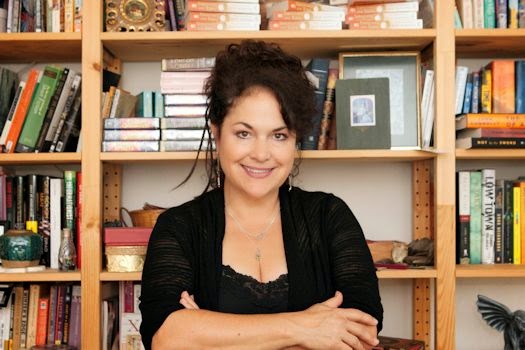 Juliet Blackwell is the New York Times bestselling author of the Witchcraft Mystery series, featuring a powerful witch with a vintage clothes store in San Francisco’s Haight-Ashbury. She also writes the Haunted Home Renovation Mystery series, about a failed anthropologist who reluctantly takes over her father’s high-end construction company…and finds ghosts behind the walls. As Hailey Lind, Blackwell wrote the Agatha-nominated Art Lover’s Mystery series, in which an ex-art forger attempts to go straight as a faux finisher. She is currently working on a novel about a woman who takes over her uncle’s locksmith shop in Paris, entitled The Paris Key. A former anthropologist and social worker, Juliet has worked in Mexico, Spain, Cuba, Italy, the Philippines, and France.

Click 'Read more' to see the previous novels in the Witchcraft Mysteries. 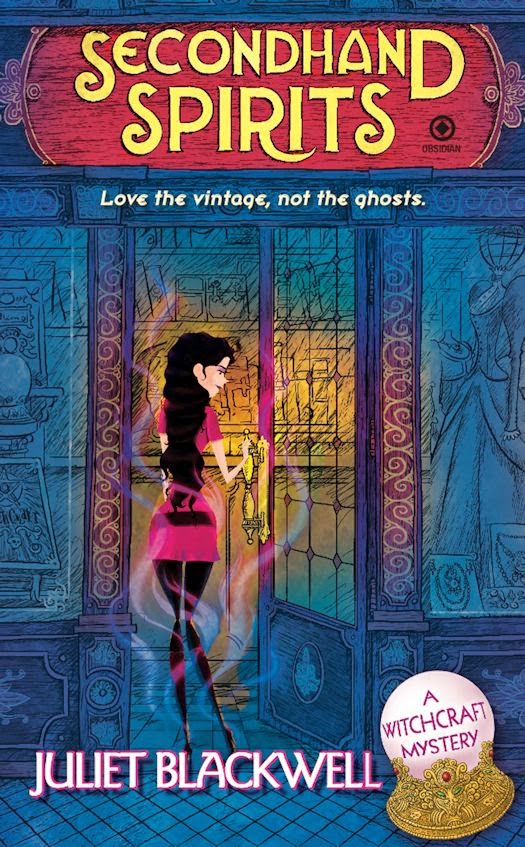 Love the vintage—not the ghosts

Lily Ivory feels that she can finally fit in somewhere and conceal her “witchiness” in San Francisco. It’s there that she opens her vintage clothing shop, outfitting customers both spiritually and stylistically.

Just when things seem normal, a client is murdered and children start disappearing from the Bay Area. Lily has a good idea that some bad phantoms are behind it. Can she keep her identity secret, or will her witchy ways be forced out of the closet as she attempts to stop the phantom? 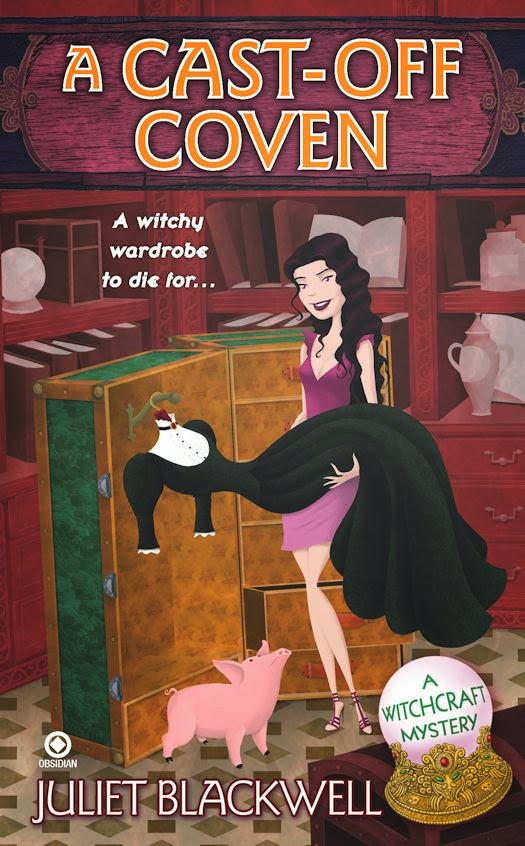 Lily Ivory is not your average witch. She runs a vintage clothing store called Aunt Cora’s Closet and has the magical ability to sense vibrations of the past from clothing and jewelry. When students are spooked at the San Francisco School for the Arts, Lily is called in to search for paranormal activity. She finds a dead body—and a closet full of old clothes with some very bad vibes. 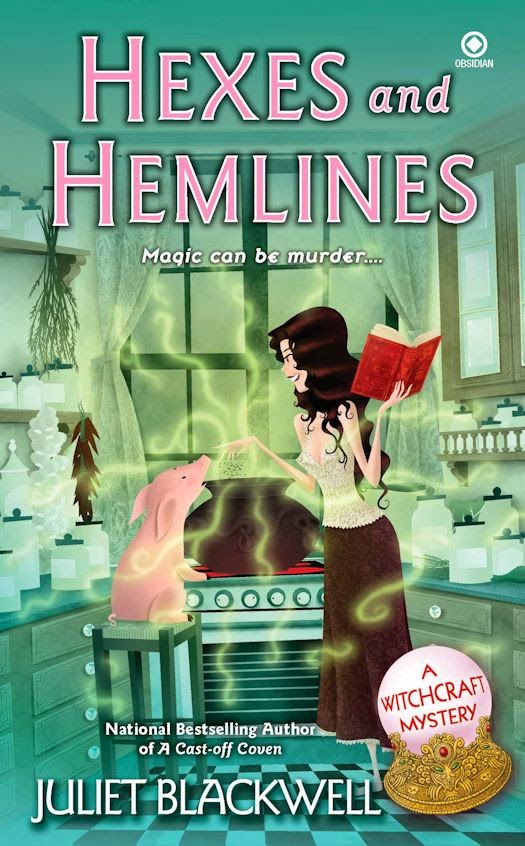 Lily gets called away from her vintage clothing store to give police a witch’s take on how the leader of a rationalist society could be murdered, surrounded by superstitions he discredited.

Evidence points to dark witchcraft. Lily’s determined to use magic of her own to find the murderer, before everyone’s luck runs out. 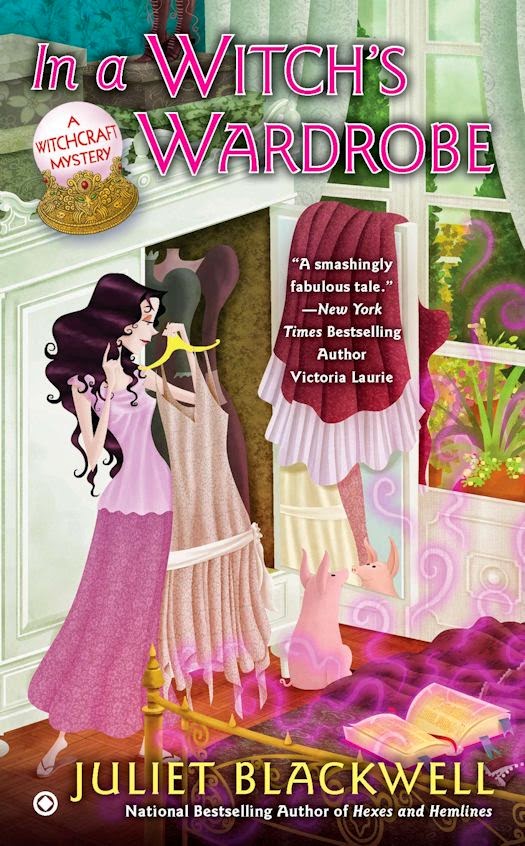 Lily Ivory is living her dream of owning a vintage clothing store—and practicing magic on the side. But when she encounters a sinister sleeping spell, Lily comes face-to-face with a nightmarish evil...

Taking a night off from running her successful San Francisco clothing store, Lily attends a local art deco ball where vintage fashions steal the show. But when a young woman at the event falls under a mysterious sleeping sickness, Lily senses that a curse was placed on the woman’s corsage.

Before Lily can solve the woman’s magical ailment, she’s asked to assist in investigating a string of poisonings in the Bay Area Witchcraft community. She’s gained the trust of the local covens by supporting women’s charities through her clothing store. But soon, Lily suspects that one of her new acquaintances might not be so well intentioned and could be dabbling in dark magic and deadly botany... 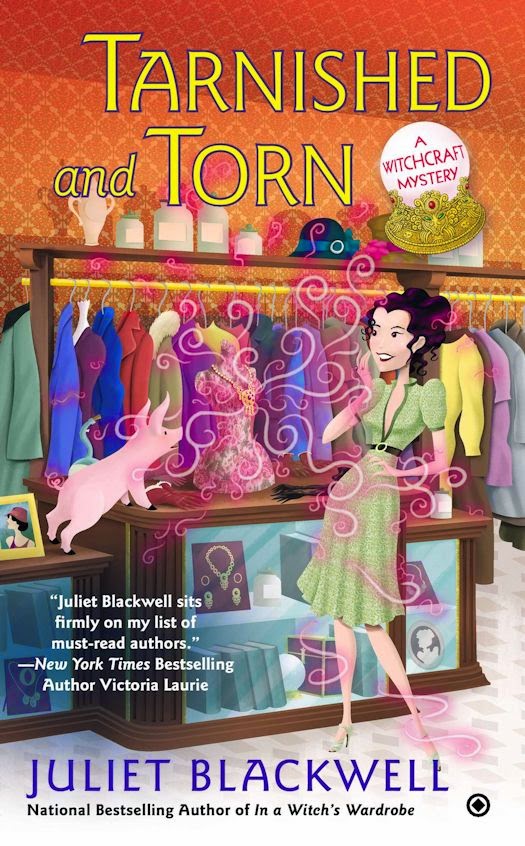 As the owner of a popular vintage clothing store, Lily Ivory can enjoy a day of antique jewelry shopping and still call it work. But as one of San Francisco’s resident witches, searching for hidden treasures can sometimes lead to dangerous discoveries…

When Lily arrives at an antique jewelry fair, her bargain sensors go off left and right—but she also picks up a faint vibration of magic. Could the hard-bargaining merchant Griselda be a fellow practitioner? It certainly seems that way when a sudden fire sends panic through the crowd, and Lily discovers Griselda murdered in a way that nods to an old-fashioned witch hunt…

A crime that hits close to home turns into an unwelcome flash from the past when the police bring in their lead suspect—Lily’s estranged father. Though he may not deserve her help, Lily is determined to clear her father’s name and solve a murder that’s anything but crystal clear. 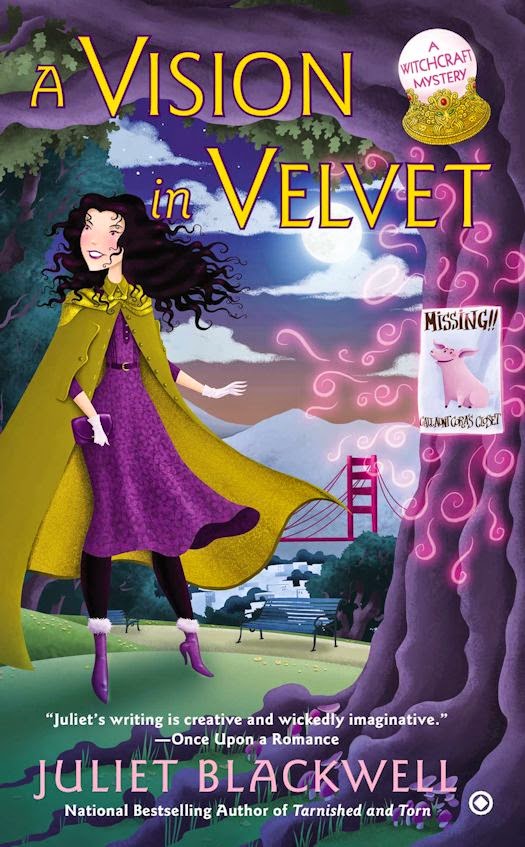 Lily Ivory hopes to score some great vintage fashions when she buys an antique trunk full of old clothes. But she may have gotten more than she bargained for.…

As soon as Lily opens the trunk, she feels strange vibrations emanating from a mysterious velvet cloak. When she tries it on, Lily sees awful visions from the past. And when the antiques dealer who sold her the cape is killed, Lily suspects a supernatural force might be behind his death.

Then Lily’s familiar, Oscar the potbellied pig, disappears. Lily will do anything to get him back—including battling the spirit of a powerful witch reaching out from the past. But even with the aid of her grandmother, unmasking a killer and saving Oscar might be more than one well-intentioned sorceress can handle.