Published:
Please welcome Mark H. Williams to The Qwillery as part of the 2013 Debut Author Challenge Guest Blogs.  Sleepless Knights was published in September 2013 by Atomic Fez Publishing.  You may read an interview with Mark here. 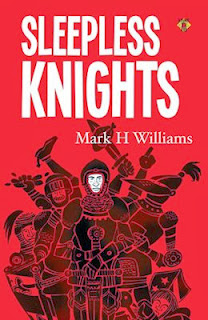 John Masefield and The Box Of Delights
Like many British children of the 1980s, I first encountered the work of John Masefield through the BBC’s 1984 adaptation of his novel, The Box Of Delights. Since then, Masefield has been a constant presence in my life; not least when a project based on his work was a key element in my development as a theatre writer. It was then that I discovered the poetry of this one-time Poet Laureate, in particular Salt-Water Ballads, and found myself entranced by the musical ease with which he evokes a bygone sea-faring age. His Arthurian poems became part of my research for Sleepless Knights, and The Sailing Of Hell Race, a reworking of an Otherworldly expedition, informed my own take on the Grail quest.

But more than anything, it’s The Box Of Delights that has remained with me over the years – particularly the TV adaptation, although the book is no less memorable – a core influence that’s resonated in my writing in countless ways. Re-watching the TV version is an annual ritual as much as decorating the tree, and Christmas doesn’t feel like it’s properly started until those opening titles begin.

Ah, those opening titles. Aside from the Doctor Who theme, I can’t think of another series where music and visuals so perfectly distill the essence of the show they introduce. A spine-tingling arrangement of The First Noel from Victor Hely-Hutchinson’s Carol Symphony (apparently the suggestion of actor Robert Stephens – more on him later) accompanies a selection of dream-like images from the story. Further description wouldn’t do it justice, so if you’ve never had the pleasure, head to YouTube for a moment. I’ll wait here.

Back in 1984, The Box Of Delights was a groundbreaking big-budget bonanza of a production, paving the way for the BBC’s equally ambitious adaptations of The Chronicles Of Narnia, which began four years later. Mixing live action and animation, it’s a period piece on many levels. The 1930s setting throws up Blyton-esque archaic gems, from buttered eggs to bullseye sweets. Then there’s the treasure trove of words and phrases – “that’s just the purple pim!”, and the brilliant “scrobbled”, used to describe the tale’s numerous kidnappings. Some of the special effects, too, belong to a lost world. But, thanks to the fine artistry of the animation in particular, they continue to impress those who refuse to let anything spoil their enjoyment of a good story.

And The Box Of Delights is a good story; albeit one that would barely tick a single box, delightful or otherwise, on today’s screenwriting checklists. But just as a well-structured story offers pleasures all of its own, so do enchanting imagery and dazzling imagination. And when it comes to imagery and imagination, The Box Of Delights is, to borrow a phrase used to describe Phillip Pullman’s Northern Lights, a rich casket of wonders.

There’s the Box itself, of course – small, slightly scruffy, apparently unremarkable. But, much like another fantastical box, its battered everyday exterior hides a doorway into all of time and space. To open it is to step back into the Roman Empire, or onto a dim and distant desert island; or to conjure up a majestic Phoenix within the flames of a fireplace. In one of the series’ still-breathtaking set-pieces, it even lets our hero, Kay Harker, run through a wild wood with Herne The Hunter, transforming himself, in a manner Ted Hughes would surely have approved of, into a stag, a fish, and a wild duck. And that’s not all. Press the outer catch of the Box to the left, and you go swift – flying away from danger in the nick of time. Press it to the right, and you go small – shrunk down into a Borrowers world of ice-skating mice and rancid-cheese-scoffing rats.

The Box is the property of Cole Hawlings, played – in one of those decisions that makes you think if there is a God, he works in casting – by Patrick Troughton. A mysterious Punch & Judy showman, Cole enlists Kay Harker’s help in keeping the Box safe from villain Abner Brown and his cohorts. The twinkle Troughton brought to his Second Doctor is very much in his eye throughout. But his performance here is tempered by a tired vulnerability, not too far from John Hurt’s recent turn as a war-weary Time Lord. And, just as Hurt’s War Doctor was in need of friends to light his darkest hour, so too does Troughton’s ancient magician need Kay’s help; a kindred spirit in his fight against the forces of evil.

As for those forces, Abner’s motive for wanting the Box may appear, on the surface, to be fairly one-dimensional – the non-specific Bond villain staple of “power… over all!” It’s testament to Masefield’s skill as a writer, and Robert Stephens’ commitment as an actor, however, that the question of who possesses the Box of Delights is of vital, world-shattering importance. In the hands of a lesser performer, Abner Brown might provoke the hisses and boos beloved of pantomime baddies. But Stephens never sends up the role. Not for one second does he ‘act down’ to either the material or the audience. His intensity – not least his hatred for the “interfering Kay Harker!” – is chillingly sustained. Even a final scene that threatens to undermine his malevolent menace can’t rob Stephens, or us, of his total conviction.

He’s supported in this by a story that hints, with a subtlety at times comparable to the ghost stories of MR James, at dark and indefinable forces stirring in the bleak midwinter. Abner Brown is a man in league with a witch, summoning imps and demons who predict the future and manipulate the elements. His henchmen can transform themselves into wolves – but this is never seen, or even directly stated. All we have is the shivery ambiguity of the phrase “the wolves are running” – and I’ll take that over any number of psychologically satisfying expositional speeches.

But despite the scares in the dark, Masefield never lets us forget to “look out for fun.” And it’s in this “looking out” where the heart of the story lies for me, an invitation to approach the world with our ears and eyes fully open. It’s there in Kay’s surname – Harker – and in the name of his house, Seekings. It’s there in the affinity between “pagan times” Cole Hawlings and the Christian Bishop – a happy accommodation between different traditions, united in their shared goal of defeating evil in time to celebrate Christmas Eve together. And it’s there in Masefield’s refreshingly modern celebration of family, as being those who are simply your nearest and dearest, heedless of convention – orphan Kay, foster-guardian Caroline Louisa, and fellow parentless adventurers, the Jones children.

That’s why I keep returning to Masefield’s delightful winter’s tale, discovering something new with each visit. It’s a story that inspires us look at the world with fresh eyes. A manifesto of the marvelous, which tells us that, if we only remain alive to meaning, sensitive to subtlety and hungry for enchantment, then all of us can be poets. 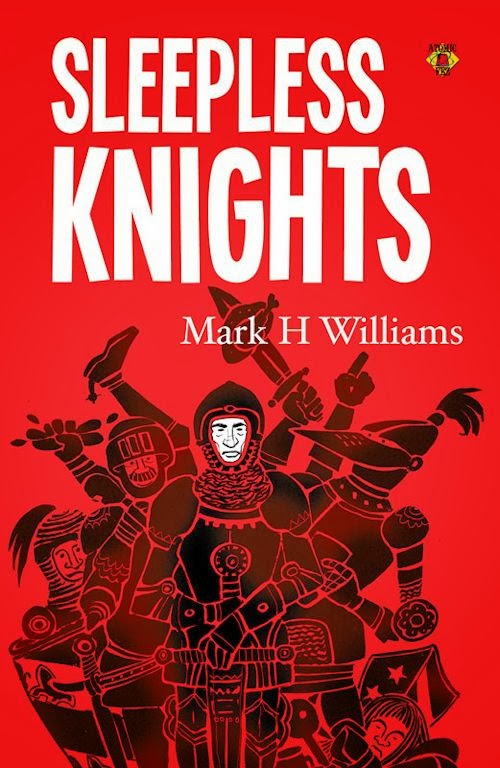 Sir Lucas is butler to King Arthur and the Knights of the Round Table — the person who managed every quest from behind the scenes. He’s a man whose average working day involved defeating witches and banishing werewolves, while ensuring the Royal pot of tea never crossed the thin line separating ‘brewed’ from ‘stewed.’ What’s more, 1,500 years after that golden age, he’s still doing it — here in the modern world, right under our noses.

When King Arthur and six of his knights are exposed as living among us, Merlin is unleashed and a grim apocalypse unfolds, uncovering secrets from the past that King Arthur would rather stay buried. When Lucas is forced to confront his own peculiar destiny, will he choose to sacrifice his true love and lay down his life in the service of his master?

Sleepless Knights is a tale of high adventure and warm humour, with a spring in its step, a twinkle in its eye and, at its heart, the ultimate butler. 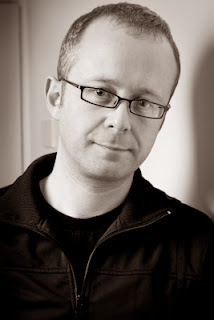 I’m a freelance writer of scripts, books and plays.

My debut novel Sleepless Knights, a fantasy novel about King Arthur’s butler, is published in August 2013 by Atomic Fez books.

I’ve written two UK-touring stage adaptations for The Birmingham Stage Company. Horrible Histories: The Frightful First World War (2009;  nominated for a Manchester Evening News award for Best Family Show) and Horrible Science (2010). Both plays were based on the best-selling books published by Scholastic. Horrible Science is re-touring the UK in the autumn of 2013.

Past theatre projects include The Theatre Of Doom! for the Courtyard Hereford, Zufall for Cwmni Theatr 3D, Young Merlin for the Sherman Theatre Company, Everything Gets Eaten with the Desperate Men Theatre Company, Use It Or Lose It for Dirty Protest and Opera Max: 9 Stories High for Welsh National Opera.

I’ve written extensively for radio, including My Dog’s Got No Nose, Weekend Film Matinee and My Kind Of Wales for BBC Wales, and The Bethan & Huw Show for BBC Radio One. Television work includes the sketch show Lucky Bag, and I was a sitcom finalist in the inaugural BBC Talent scheme.
I’m currently developing new projects with National Theatre Wales, and a main-stage play for a family audience based on Arthurian legend with the Torch Theatre.

Listen to an interview with Mark at Bell, Book & Candle here!