Published:
Thursday Flicks is an occasional feature at The Qwillery where authors write about films. Today's guest is Suzanne McLeod, author of the Spellcrackers series:


My Life in Movies*!

To be honest, when Sally invited me to do a post on films, I flailed slightly . . . okay, I admit it, I flailed a lot. You see, I’ve never been much of a cinema goer; Mr Mc and I usually only go to see 1 or 2 films a year. In fact the last one we saw at the cinema was Sherlock Holmes, on Boxing day 2009 – yes, the actual release day. (Christmas, as you’ll read, is the one time we do watch films!) We don’t even watch a lot of films on TV. Mr Mc likes sports, and I’ve always got my head stuck in a book, or I’m writing (big surprise there :-D). So, how could I talk about movies? But then as I thought about the few films I have seen, well, all that not going to the cinema has made them so much more memorable . . .

1975: Jaws– This was the first non-kiddie film I went to see with no parental supervision. Eek! It was a while before I got back into the water! (Oh, and then not much later I read the book . . . and discovered what parts of the story the film missed out !)
1977: Star Wars – GEEK LOVE AT FIRST WATCH. Need I say more? *g* 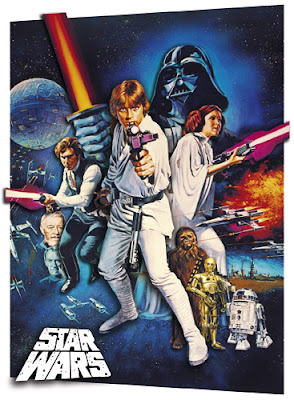 1979: Lord of the Rings – The animation premiered on TV on Christmas day (!). My big pressie that year was a VHS video recorder, which was pretty new technology then! I set it to tape the film with great excitement, but sadly, once Christmas lunch was over, I discovered all I’d recorded was a screen of static. Who knew video recorders were such sensitive beasts that they needed an outside TV aerial to receive? I never have gotten to see the animated version :- (.
1981: Gone with the Wind (Okay, so it really came out in 1939, but 1981 was when I saw it :- )) – I wanted to see this sooooo bad, and no one would go with me, so I took myself. First time I’d been to the cinema on my own. I felt very independent. It’s also the last time I went to the cinema on my own . . . Oh, well, I’ve been independent in other ways, since :-D.
1987: The Untouchables – Totally awed by the amazing shootout scene: the one with the baby carriage bouncing down the stairs at Chicago Union Station. And this was Andy Garcia’s first film (he was in Godfather III a couple of years later)! *has deep abiding crush* 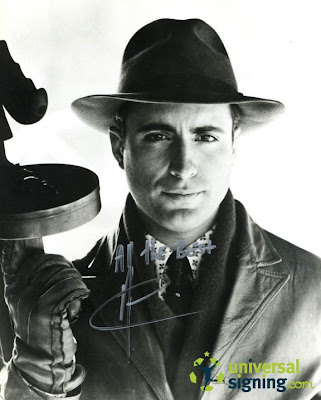 1988: Twins – This was Mr Mc’s and mine first ‘film date’ (and only about our fourth or fifth date). It was a perfect date movie for us: lots of laughs, and a touch of pathos. Aww *g*
1994: Jurassic Park – Mr Mc and I watched this when it premiered on TV on Christmas Day (!) (he had the ‘Dinosaurs are Chasing Me’ nightmare that night . . . hehe). And as I’m not much for watching horror movies, I always call those ‘make you jump out of your skin’ moments, ‘Jurassic Park shocks’ :-D.
2001 onwards: Harry Potter films – I read the first Harry Potter book back in 2000 when my eldest nephew (then 10) decided, as I read a lot, I should take the book on holiday with me. It marked my return to reading fantasy (which I’d sadly ignored for a few years in favour of romance, crime and thrillers), which ultimately lead to me starting writing. Yay! Of course, a year later, when the first film came out, the whole family had to go and see it. And we’ve seen all the rest as a family, right up until last year, when my youngest nephew insisted he go to see Harry Potter and the Deathly Hallows with his girlfriend instead. Awwwww, they grow up so fast ;p.
2001 onwards again: The Lord of the Rings trilogy (not the animation this time!) – The Fellowship of the Ring (2001), The Two Towers (2002) and The Return of the King (2003). I took my two nephews (aged 8 and 11 in 2001) to see the first, and subsequent films (their parents didn’t want to go! The Geek Gene passed my brother by :- (), which has made me one very cool auntie *g*.
Oh, and to finish up my memorable movies, here’s a few others I have LOVED!
Serenity
Sin City
Kiss Kiss Bang Bang 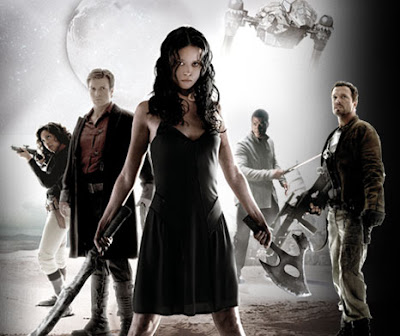 *Okay, so this post would have been way more interesting if it was entitled: ‘My Life in the Movies’, but hey, if you’d ever seen me act, you’d understand why that particular career choice was never an option *g* 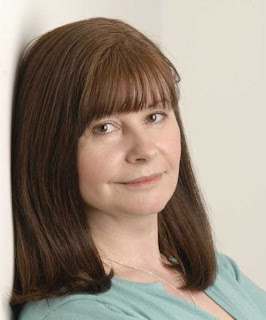 Suzanne McLeod writes the Spellcrackers.com urban fantasy series about magic, mayhem and murder – liberally spiced with hot guys, kick-ass chicks and super-cool supes. There are currently six books contracted in the series; her latest releases are The Cold Kiss of Death #2 (US /Ace) and The Bitter Seed of Magic #3 (UK /Gollancz). She was born in London – her favourite city and the home of Spellcrackers.com – and now lives with her husband and geriatric rescue dog on England’s (sometimes) sunny South Coast. 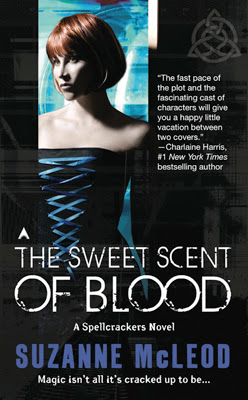 When Mr October, a sexy calendar pin-up vamp, is accused of murdering his girlfriend, an old debt is called in and Genny is forced to help prove his innocence, risking her job and the protection it offers – and threatening to expose her own dark secrets. Searching for the killer plunges Genny deep into the hidden heart of vampire society. It’s not long before she realises that she and Mr October are both unwitting pawns in a centuries-old power struggle between London’s non-human communities . . . and it’s not just her own neck that’s at stake, but the lives of all London’s supernaturals. 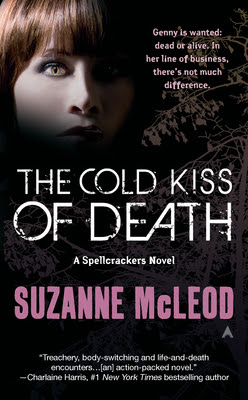 The ghost grasped her shift and ripped it open. The three interlacing crescents carved red-raw and bleeding into her thin chest didn’t look any better than the last dozen times I’d seen them. The wounds weren’t lethal – they weren’t even recent; she’d been dead for at least a hundred and fifty years – but my gut still twisted with anger that someone would do that to a child.’

But all too soon she realises she doesn’t know who she can trust – and now Genny’s the one being hunted, not just by the police, but by some of London’s most powerful and dangerous supernaturals.


The Bitter Seed of Magic (Spellcrackers 3) will be released in the US in December 2011:

On the surface, Genny's life seems ripple-free right now. Finn, her sexy boss and -- well, Genny's not sure what else she wants him to be -- has stopped pushing for a decision on their relationship. The seductive vampire Malik al-Khan has vanished back into the shadows. And the witches have declared her no longer a threat. But unless Genny can find a way to break the fertility curse afflicting London's fae, she knows this is just the lull before the magical storm.

Then a faeling -- a teenage girl -- is fished out of the River Thames, dead and bound with magic, and Genny is called into investigate. As she digs through the clues, her search takes a sinister and dangerous turn, exposing age-old secrets that might be better left buried. Then another faeling disappears, and Genny finds herself in a race against time to save the faeling and stop the curse from claiming its next victim -- herself!