In Blackest Night: blending science fiction and noir
by Adam Christopher
Quite how we define “genre” fiction is a matter of ongoing debate – for some, categorisation and labels are vitally important. For others, genre doesn’t even exist. I’ve talked about this before, suggesting that for writers like myself and the audience we reach, it doesn’t really matter. Science fiction, fantasy, urban fantasy, space opera, steampunk, paranormal romance – it all goes on that big shelf at the back of the bookstore. You and me, we know where to find the good stuff.

It also doesn’t really matter when it comes to writing – as a writer, you must write the truth, and you’ll know what that is without need to deliberately select a genre to work in. If your truth means writing a science fiction sword and sorcery Western murder mystery with added ninjas and zombies, then I’m not going to argue! Writers fail when they take the opposing path – those who chase a trend, or aim for a particular genre for reasons other than actually needing to write in it, are perhaps not being true to themselves and their readers, and it’ll show.

I describe my debut novel, Empire State, as a science fiction noir. It’s a tricky label, I’ll admit, but it highlights a problem with the perception of genre at large. When someone asks and you say you’re a science fiction writer, you often get a glazed look, and sometimes I’ve had to jump in to say that doesn’t mean spaceships and aliens. It’s the same with fantasy – the early covers for Empire State described it as a “noir-fantasy thriller”, but again that conjures dragons and magic and swords (although guns and action and violence as well), which is, as we know, a very lazy generalisation.

But if I’m a science fiction writer, what the heck is science fiction noir? Well, if we leave aside genre definitions for now, I think there are three categorisations that, despite popular opinion, not actually genres in themselves, but more like “flavours” that can be used with nearly any kind of writing. These are horror, steampunk, and noir.

Look at it like this: each of these three flavours can be applied to any number of other genres. Stephen King may be known as a horror writer, but actually he’s written mostly science fiction, psychological thriller, and a touch of fantasy. It’s the same with another favourite of mine, HP Lovecraft – he’s a science fiction writer, absolutely; Cthulhu, the Great Old Ones, and the Outer Gods, all come from the stars or the dimensions beyond space. I’d argue that steampunk is a flavour as well – good steampunk sits atop something else, shaping the setting but not defining the story itself. When it does, you get something weak, thin, a story insubstantial and obvious. There are plenty of examples of that, where maybe a writer has gone in with the mind-set that steampunk is a genre. It’s the same with horror, I’m sure. These labels – these flavours – are complex and open to misinterpretation.

Noir fits into this category as well. Noir itself is rather hard to define – while it is often associated with hardboiled pulp, again it’s a flavour that can be used anywhere. One of my favourite books, Zoo City by Lauren Buekes, is certainly noir – or “phantasmagorical noir”, according to the New York Times – although it bears precisely zero resemblance to The Big Sleep or The Maltese Falcon. In that way I guess Empire State owes more to the traditions of hardboiled pulp – sometimes defined by an unsentimental approach to violence and sex and a tough attitude – following, as it does, a 1930s detective (complete with fedora, trench coat, and a fine line in cracking wise) on a murder investigation.

But Empire State is a science fiction story. There are no spaceships or aliens, but there are robots, parallel universes, and impossible technology – in fact, all of Empire State is impossible, which I suppose is why you might want to call it fantasy. There’s even a hint of steampunk, with fantastical airships and rocket-powered superheroes. All of that is the story; noir is the flavour. Most of Empire State takes place at night in dark streets, perhaps a more literal interpretation!

The noir – or should I say hardboiled? – flavour of Empire State was quite deliberate – as a fan of Raymond Chandler, I wanted to write a pulpy detective novel, one that was (unlike Chandler) clearly science fiction, but which kept the trappings of the period and the style of the 1930s. And you know, it’s a lot of fun to write! 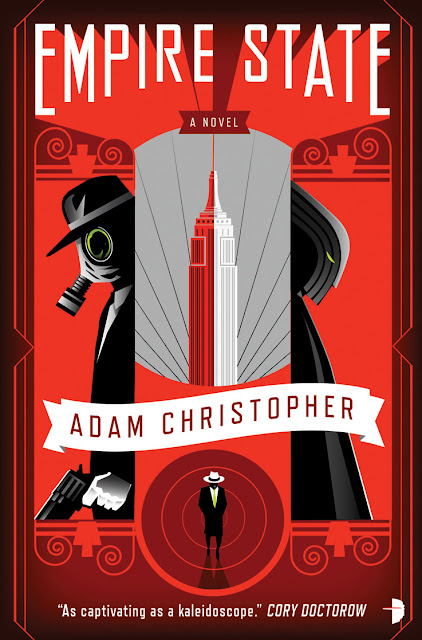 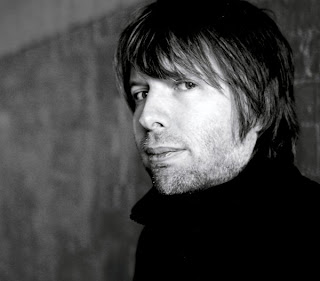 ADAM CHRISTOPHER was born in Auckland, New Zealand, and grew up watching Pertwee-era Doctor Who and listening to The Beatles, which isn’t a bad start for a child of the Eighties. In 2006, Adam moved to the sunny North West of England, where he now lives in domestic bliss with his wife and cat in a house next to a canal, although he has yet to take up any fishing-related activities.

When not writing Adam can be found drinking tea and obsessing over DC Comics, Stephen King, and The Cure. His first novel, EMPIRE STATE, is out from Angry Robot books in January 2012. For more information, please visit angryrobotbooks.com.