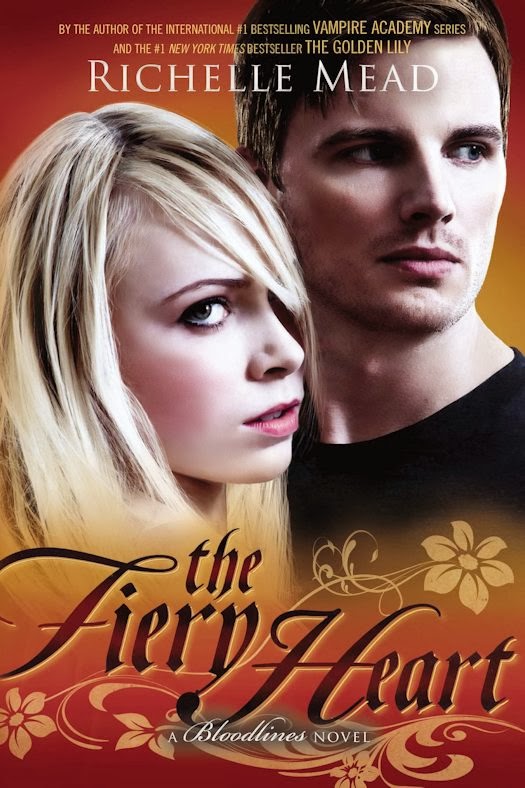 Sydney Sage is an Alchemist, one of a group of humans who dabble in magic and serve to bridge the worlds of humans and vampires. They protect vampire secrets – and human lives.

In The Indigo Spell, Sydney was torn between the Alchemist way of life and what her heart and gut were telling her to do. And in one breathtaking moment that Richelle Mead fans will never forget, she made a decision that shocked even her . . .

But the struggle isn’t over for Sydney. As she navigates the aftermath of her life-changing decision, she still finds herself pulled in too many directions at once. Her sister Zoe has arrived, and while Sydney longs to grow closer to her, there’s still so much she must keep secret. Working with Marcus has changed the way she views the Alchemists, and Sydney must tread a careful path as she harnesses her profound magical ability to undermine the way of life she was raised to defend. Consumed by passion and vengeance, Sydney struggles to keep her secret life under wraps as the threat of exposure – and re-education – looms larger than ever.

Pulses will race through this smoldering fourth installment in the New York Times bestselling Bloodlines series, where no secret is safe.

I was somewhat leery when I first discovered that Richelle Mead was using two narrators for her latest entry in the Bloodlines series. We first met Sydney and Adrian in Mead’s earlier series, Vampire Academy, and the three prior books in this series have always had Sydney as the single narrator. However, Mead did a good job with juggling two perspectives. Rather than seeing events from two different perspectives, she chose to alternate the narratives, and Sydney’s story picks up after Adrian’s. Mead also did well in using different tones of voice for each character. Overall, it was a nice change to add Adrian’s perspective.

In this novel, Sydney juggles her secret relationship with Adrian, her attempts to assist Marcus in resisting the Alchemists, and her “real” job coordinating the Moroi and dhampirs in her charge. Having her younger sister come to assist her only complicates matters. She is at peace with her decision to be with Adrian and much more accepting of her magical talents, but her ties to the Alchemists set her up for failure in more than one way.

I appreciated Mead’s delicate touch with the love story in this one. Being able to see both sides of the relationship broadened my understanding of the difficulties the two lovers face. While there is the hint of sex, the scenes are broad and appropriate for readers of most ages. I saw the ending much too early in the novel for my taste, but overall the plot was intriguing enough to carry through the book. In addition, I really dislike endings that require another novel to carry on the story, rather than tie up the threads for that book and leave room for others. However, I enjoy Mead’s writing too much not to continue on with the next book in the series – I will be eagerly awaiting its release.

Please welcome Doreen - The Qwillery's newest reviewer! You may read more about Doreen on the "About Us" page here.

1 Comments on The Qwillery: Review: The Fiery Heart (Bloodlines 4) by RIchelle Mead