Published:
Sandy Williams, author of the Shadow Reader UF series (which you should be reading) today revealed* the cover for the 3rd and final book in the series, The Sharpest Blade.  While you may admire the cover now, you'll have to wait until December 31st to read the novel. 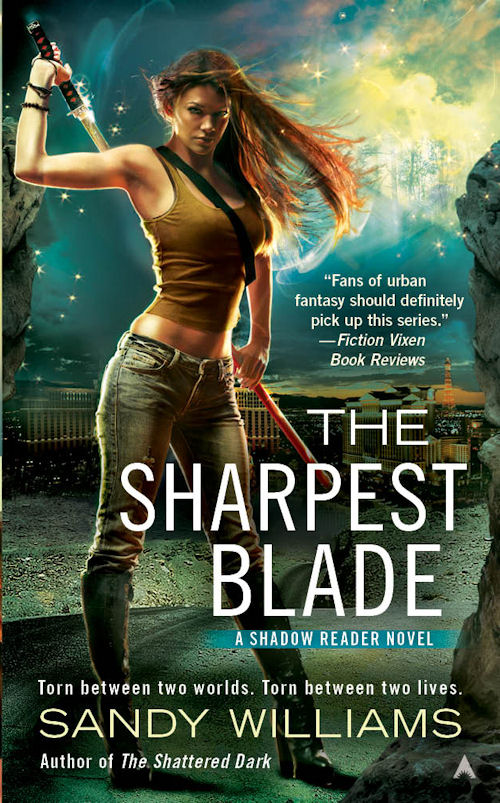 McKenzie Lewis's ability to read the shadows has put her--and those she loves--in harm's way again and again. The violence must end, but will the cost of peace be more devastating than anyone ever imagined?

After ten years of turmoil, the life McKenzie has always longed for may finally be within her grasp. No one is swinging a sword at her head or asking her to track the fae, and she finally has a regular--albeit boring--job. But when a ruthless enemy strikes against her friends, McKenzie abandons her attempt at normalcy and rushes back to the Realm.

With the fae she loves and the fae she's tied to pulling her in different directions, McKenzie must uncover the truth behind the war and accept the painful sacrifices that must be made to end it. Armed with dangerous secrets and with powerful allies at her side, her actions will either rip the Realm apart--or save it.


Prior books in the Shadow Reader series: 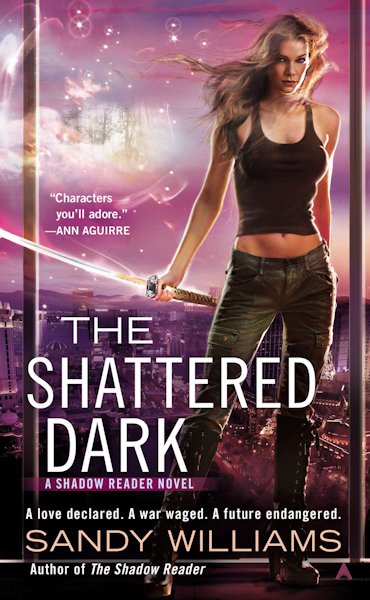 McKenzie Lewis has a gift. It allows her access to a world few have seen, and even fewer can comprehend. It’s her secret. And it exists in the shadows…

McKenzie was a normal college student, save for one little twist: she’s a shadow reader, someone who can both see the fae and track their movements between our world and the Realm. It’s a gift for which she has been called insane, one for which she has risked family and friends—and one that has now plunged her into a brutal civil war between the fae.

With the reign of the king and his vicious general at an end, McKenzie hoped to live a more normal life while exploring her new relationship with Aren, the rebel fae who has captured her heart. But when her best friend, Paige, disappears McKenzie knows her wish is, for now, just a dream. McKenzie is the only one who can rescue her friend, but if she’s not careful, her decisions could cost the lives of everyone she’s tried so hard to save. 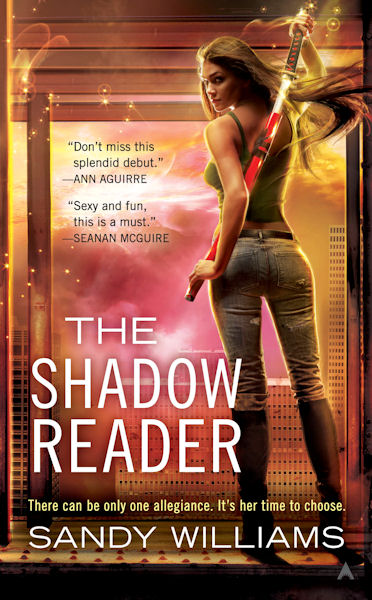 A Houston college student, McKenzie Lewis can track fae by reading the shadows they leave behind. For years she has been working for the fae King, tracking rebels who would claim the Realm. Her job isn't her only secret. She's in love with Kyol, the King's sword-master-but human and fae relationships are forbidden. When McKenzie is captured by Aren, the fierce rebel leader, she learns that not everything is as she thought. And McKenzie must decide who to trust and where she stands in the face of a cataclysmic civil war.

*Note: You would have already seen the cover if you are a subscriber to Sandy's newsletter - sign up here