Interview with Fred Venturini, author of The Heart Does Not Grow Back - November 6, 2014

Interview with Fred Venturini, author of The Heart Does Not Grow Back - November 6, 2014

Published:
Please welcome Fred Venturini to The Qwillery as part of the 2014 Debut Author Challenge Interviews. The Heart Does Not Grow Back was published on November 4th by Picador. 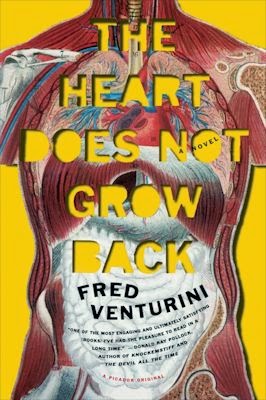 Fred:  I was exposed to reading at an extremely early age by my grandmother, so the natural extension of that was to start jotting down my own stories. I don’t know why I started writing, but I know why I loved it and why I continued it into my teens and adulthood—I liked getting a reaction out of an audience. So in that regard I’m always writing to entertain people first and foremost.

Fred:  Kind of a hybrid. I’m not a rigid plotter, but I like to break down the big beats of a story before I start. I fill out a “beat sheet” much like a screenwriter would, trying to figure out the catalyst of the story, and the big breaks and twists, and the best ending I can come up with at the time. Then I just start writing, approaching those signposts, and often obliterating/changing them in the process. So I have an idea of where I’m going like a plotter would, but I still have the complete freedom of a pantser.

Fred:  My writing routine is a challenge to maintain, because I don’t have one. I write in little bursts on the couch, in bed, in my office, in the recliner. Some weeks I’ll generate 30,000 words, and some weeks the output is way lower. My sessions are short because I burn out quickly and my quality only feels high for the first hour or two.

Fred:  I was raised on Stephen King, so he’s obviously a favorite and an influence and I’m not alone in having him on the list. I think I started to discover my voice when I was turned on to Chuck Palahniuk, and his work clicked with me immediately. I never wrote in first person before I read his stuff, and experimenting with his generous writing tips and exercises gave me a solid foundation that I brought into my MFA program. Joe Hill, Donald Ray Pollock, Stephen Graham Jones, are some other favorites that come to mind.

TQ:  Describe The Heart Does Not Grow Back in 140 characters or less.

Fred:  A high school nobody can regenerate organs and limbs, so he gives them away on a reality show to impress/save a girl.

TQ:  Tell us something about The Heart Does Not Grow Back that is not in the book description.

Fred:  The black market for organs and body parts is alive and well, both in real life and the world of the novel. It’s the first idea Dale has for profiting off of his abilities.

TQ:  What inspired you to write The Heart Does Not Grow Back? Dale Sampson does not sound like a stereotypical superhero. How is he different or not?

TQ:  What sort of research did you do for The Heart Does Not Grow Back?

Fred:  I researched the black market for organs pretty extensively, but only a small part of that made it into the book. At one point I was calling around wondering if the FBI was going to bust me, asking about how I could go about selling body parts and whatnot. There are also medical scenes in the book, and a lot of reading and a few decisive notes from a friend in the medical field helped bring them to life in a realistic way. Well, as realistic as possible, considering the “super” aspect of the story.

TQ:  In The Heart Does Not Grow Back who was the easiest character to write and why?The hardest and why?

Fred:  No one really stands out as hard to write. Probably the producer character, Tracy, since that was a profession that required a little research to get right. It wasn’t as organic as the central characters like Dale, Mack and the twins, who all came along pretty easily from draft to draft. It felt more like unearthing relics that already existed instead of creating something from scratch (I think this simile is a riff on a Stephen King quote, and if so, it’s a damn good one).

TQ:  Give us one or two of your favorite non-spoilery lines from The Heart Does Not Grow Back.

Fred:  It’s really not fair for me to open up the manuscript and handpick some lines, right? So I’ll just rattle off a couple off the top of my head.

“It’s a relationship, not a newborn.”

And it doesn’t get more non-spoilery than this line:

“The heart does not grow back.”

Fred:  As delighted as I am to have this novel out in the world, I’m approaching this as a beginning, not a destination. You grind so hard to get a book done, and get an agent, and get a book deal, and then you want to see it in print, and then what? All you’ve done at that point is start something—you’ve started an audience, a catalog of stories. It’s story one, it’s just a brick. If you really want to build something, like a career, an audience, your dreams—you need more than one brick. You need story two, and story three, and a couple of breaks here and there. I’m working on my bricks. I have early drafts of three novels, and we’ll just have to see if one of them is strong enough to be that second brick. And if it’s not? Then I’ll just keep writing. It’s what I’ve always done, and it’s probably what I’ll always do, but I have to admit it’s a lot more fun when you start to attract readers. To me it’ll always be about having fun, and hoping that an audience cares enough to come along for the ride.


The Heart Does Not Grow Back
Picador, November 4, 2014
Trade Paperback and eBook, 320 pages 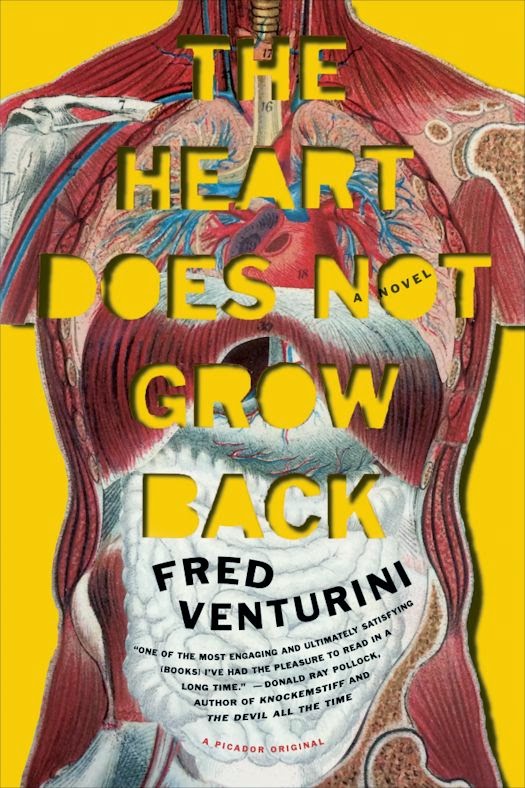 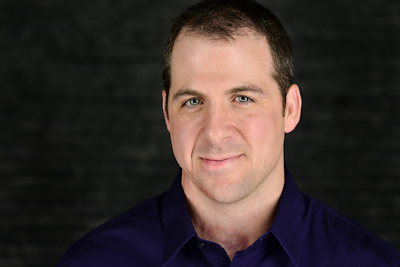 Fred Venturini was born in Patoka, Illinois. His short fiction has been published in the Booked Anthology, Noir at the Bar 2, and Surreal South ’13. His story “Gasoline” is featured in Chuck Palahniuk’s Burnt Tongues collection. He lives in Southern Illinois with his wife and daughter.

Report "Interview with Fred Venturini, author of The Heart Does Not Grow Back - November 6, 2014"