Published:
Please welcome the fabulous Lisa Renee Jones to The Qwillery!  Lisa is the author of many novels. The latest in her Zodius series is The Danger That Is Damion, which was published on May 1, 2012.


Creating a paranormal hero
Creating a hero is one of the most important things we do as authors. Our hero has to do more than ‘look’ like a hero. They have to act like one. Their actions have to back up their character in a way that leads readers to define our hero and make him worthy of his title. How the writer takes the internal and external events that occur in the story to make this happen is critical to having readers relate, and/or empathize, with the character. The way this connection is executed is critical and its important to understand how the genre impacts that execution.

So how do you create a paranormal hero?

The Paranormal hero and the conflicts in the story:

--Usually the hero is saving the world from some horrible Apocalyptic terror. That makes him pretty darn likable right there.

--He can shoot anything between the eyes and not miss. He’s a hero so, of course, he would only actually shoot the bad guys. He has some destiny that, no matter his present state of mind, says he’s special. His journey to accept/become that destiny is critical to who he is as a character.

--There will be a lot of external conflict in most paranormal stories. Stories might include demons, monsters, or just bad people/beings who are after something that will be horrific for the world. There’s a ticking clock, and the good guys need to beat the clock to keep the bad guys from winning. Another common thread is that the heroine is forbidden to the hero, monsters are trying to kill her and he must save her.

In the ‘save the world and woman’ scenarios there is a lot of fighting, running, searching, and so on. This is where the hero can get lost. However, his mighty weapons, his yummy body, or even his bedroom skills, cannot be all that makes him a hero. When there is a lot of external conflict it’s easy to forget the emotional conflict. Who is he? Who was he as a child? Who does he want to be? How do these things impact everything he says, does, desires, despises, and loves? In a romance, how do these things make the story and the love that is created between the two main characters stronger?

Think deep on this.

For instance, if the hero is suddenly a vampire, then he needs blood. He must find a way to get that blood. Why does this impact him emotionally or why does it not? How does it impact his ability to love and trust, as well as his choices in life and this story? Does the hero hate blood? Did he witness a horrible wreck and lose someone and the blood brings back those memories? He needs to have baggage because we all have baggage. That baggage doesn’t define us but how we handle it does.

Don’t let the paranormal world-building and action make you forget the character of the hero. The story is a romance or a horror story or a suspense. Think about the internal motivations of the character. If those motivations are clear then the hero can even tread on territory that isn’t always considered hero-like and we will forgive him because we see where he is coming from and what drives him. In a romance, there are two primary characters. Think about their internal conflicts together, not just the external ones, that bring them together or tear them apart. External conflict matters but internal conflict and growth has to be occur along with external actions.

In ‘The Danger that is Damion’ (Zodius Series Sourcebooks Casablanca May 2012), Damion comes from a wealthy family, but his brother was killed in a car accident when Damion was driving the car. His brother begged him to take him to see his girlfriend because she was leaving for vacation and though his brother was grounded, Damion agreed. That’s when it happened. His parents blame him and he relives the moment when his mother attacked him and started hitting him in the hospital, screaming that Damion was to blame. He found the Army and he’s Mr. America. Rules, rules, rules. Even with all that has happened to create the super soldiers in this series, he believes in honor and rules, and he refuses to deviate from that. Until saving a woman makes him change the rules and break the rules. Of course, there is a threat to the world and the heroine is a part of that threat. He has to go against the obvious, the appearance that she is one of the bad guys, and in the end they will save the day together. But even when he knows she is good, there will be choices he questions for fear that he will let her down, too.

So there you have tips to create a great paranormal hero! I hope you find them useful!

The Danger That Is Damion
Zodius 3
Sourcebooks Casablanca, May 1, 2012
Mass Market Paperback and eBook, 352 pages 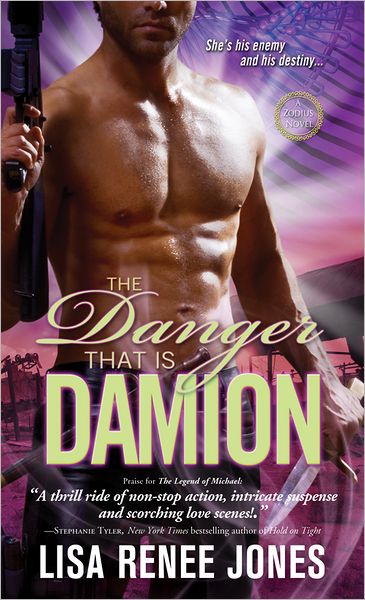 Renegade warrior Damion Browne is a soldier of soldiers, an enforcer of the code of honor. With ruthless precision, he calculates risks as deliberately as he does his lover's satisfaction. Now it's up to him to defeat a new generation of female Super Soldiers, including the one woman perfectly programmed to be his downfall.

His enemy...or his soul mate?

Lara Martin has never felt powerful, until she's brainwashed to destroy the one man who can help her find the answers she so desperately seeks. Alone and embroiled in lies, Lara must turn to Damion for the key to the truth ... 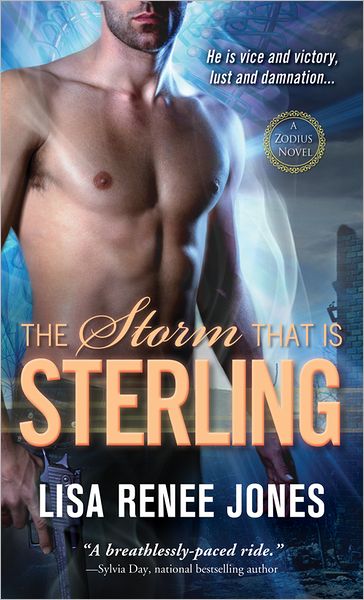 He may be invincible to everyone else. . .

Sterling Jeter has remarkable powers and has shown himself to be just about indestructible. But beautiful, brilliant Rebecca Burns knows that even a Super Soldier needs comfort, and so much more ...

But she can see that deep down, he’s just a man …

Sterling and Rebecca's teenage romance was interrupted, but years later the heat between them flares back to life. Even though it endangers everything they're fighting for, it's impossible to resist picking up right where they left off . . . 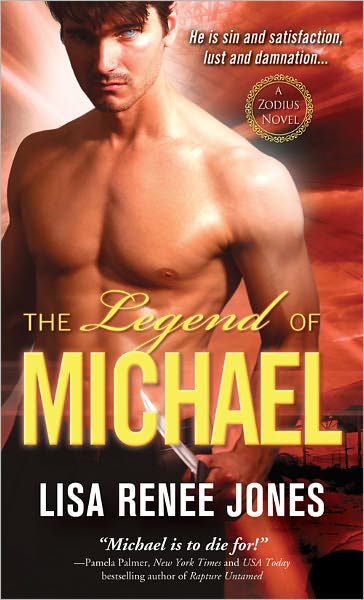 HE IS A LETHAL WEAPON…
One of an army of human soldiers injected with alien DNA, Michael is a legend within this new race, split between good and evil. Untamable, he has walked on the dark side and returned to the light. Feared and misunderstood, he leaves everything behind, including the one woman destined to be his mate.

HE IS HER ENEMY…AND HER DESTINY…
Cassandra holds the key to Michael’s power, and his pain. With loyalties divided and against insurmountable odds, Cassandra’s heart propels her to Michael’s side—but can her love do anything but destroy him…

No ordinary woman can control a creature such as Michael, and only one thing is clear—the world will never be the same… 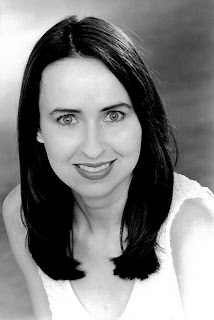 In 2003, award winning author Lisa Renee Jones sold her multi-state staffing agency and has since published over thirty novels and novellas across several genres. Her debuts with Blaze and Nocturne hit Bookscan’s Top 100 list and her Blaze Hotzone trilogy made a showing on the list in 2011 also. With a new Blaze trilogy, a short story for Spice, the third book in her Zodius series published with Sourcebooks, as well as an rapidly growing indie following, 2012 will bring many new stories to her readers. Booklist says about Jones’ suspense: “…truly sizzles with an energy similar to FBI tales with a paranormal twist by Julie Garwood or Suzanne Brockmann. Alpha, military, and paranormal romance readers will want Jones’ entire series.” Lisa is active on Facebook and Twitter, and you can find her at www.lisareneejones.com.

What:  One commenter will win his/her choice of one of the Zodius novels - The Legend of Michael, The Storm That Is Sterling OR The Danger That is Damion - from The Qwillery.

Who is your ideal paranormal hero?
(You can pick more than one if you can't choose.)
Please remember - if you don't answer the question your entry will not be counted.

Who and When:  The contest is open to all humans on the planet earth with a mailing address. Contest ends at 11:59pm US Eastern Time on Sunday, May 20, 2012. Void where prohibited by law. No purchase necessary. You must be 18 years old or older to enter.