Interview with Dennis O'Flaherty, author of King of the Cracksmen - February 17, 2015

Interview with Dennis O'Flaherty, author of King of the Cracksmen - February 17, 2015 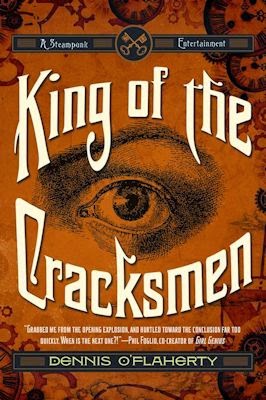 Dennis:  I think my first published piece was in the Camp Kawanhee newspaper when I was nine, and I've been scribbling something or other ever since. As to the why, I was the classic bookish kid, and since I spent a solid chunk of my life reading, it seemed like writing was something a sensible person really ought to do if they had a pencil and a piece of blank paper.

In 1978 I got my first studio job, what was called a "development deal" at Fox. With a job, I automatically became a member of the Writers Guild of America (West) and I've been a professional writer ever since.

Dennis:  Definitely a plotter. I went to law school for a couple of years at USF long after I already thought I was a terrific writer, and it was a shock to discover that my legal briefs were self-indulgent, wordy rubbish. Thank you, dear old USF profs, you really hammered careful note-taking, organization and re-writing until a brief actually said what it meant into my thick head!

Dennis:  The endless cultivation of what the Germans call Sitzfleisch, the ability to keep your butt glued to the chair until a piece of work is finished. I think a huge percentage of those people who read have real writing talent, I know that from stuff people have given me to read. The only thing that keeps them from being "writers" is lack of Sitzfleisch, nothing else.

Dennis:  That's a hard one. I'm one of those people who has to be reading even if it's only the cereal box. To me, the toughest thing about Parris Island was actually spending four months with nothing to read but the Bible and the Marine Corps Guidebook. So I have writers for moods, and it's hard to name just one. But here he is: Mark Twain. I love language, and Twain's record of real American speech is a treasure house. I love to laugh, too, and there are things in Twain -- like Tom Sawyer's bit about the dog and the beetle in church -- that crack me up every time I read them. It's been punned that all of Russian literature came out from under the skirts of Gogol's Overcoat, and I think it can be just as truly said that all of modern American literature started with Twain.

TQ:  Describe King of the Cracksmen in 140 characters or less.

Dennis:  It's right there in the epigraph I borrowed from Thomas Pynchon: "Maybe it's not the world, but with a minor adjustment or two it's what the world might be."

TQ:  Tell us something about King of the Cracksmen that is not in the book description.

Dennis:  This book is absolutely meant to be fun to read, but it has one or two serious things to say, too. Not mutually exclusive, right?

TQ:  What inspired you to write King of the Cracksmen? What appealed to you about writing a Steampunk novel not set in Victorian London? Why an Entertainment?

Dennis:  Actually, I had been laboring in vain over a mystery novel about a safecracker in 1870's New York, and I was just about ready to give it the old heave-ho when my local library put a copy of K. W. Jeter's wonderful Infernal Devices on the Express Shelf. It was the first piece of Steampunk that I'd ever read and the combination of alternative history, humor and sheer wackiness was a revelation. Never looked back.

So I started with an American setting already in place. But as I read more and more Steampunk, I realized that the incredible riches of American history in the Victorian period were barely touched by Steampunk writers, with a few notable exceptions like Cherie Priest. If you do Victorian England, you're stuck with a rigid caste system for your characters to belong to, while Victorian America is an absolute Babel of interesting people, all interacting like crazy.

As for "Entertainment," it's a tipping of the hat to one of my all-time favorite storytellers, Robert Louis Stevenson, whose Island Nights Entertainments and New Arabian Nights should be read by everyone who's sick and tired of reading the Same Old Same Old in the perpetual search for a fun read.

TQ:  What sort of research did you do for King of the Cracksmen?

Dennis:  I spent a lot of years on serious academic historical research, mostly in Russian and European history, but with American history as a hobby. So the research for "King" could be focused and fast, which is a big help.

Dennis:  The easiest was definitely the King himself, Liam McCool (some people seem to have thought I meant he was a cool customer or whatever, but actually the reference is to one of the greatest of Ireland's traditional heroes, Finn McCool). I think male writers always invest a certain amount of wish fulfillment in their male protagonists, and that was surely the case for me here -- I just had to be careful to dial it back from time to time.

By the same token Becky Fox was the hardest. Come on, guys, all you liars take one step forward and say it's easy to write a convincing female protagonist! I just kept reminding myself of my wife saying she was sick and tired of reading male-written thriller heroines who were a combination of the latest from Victoria's Secret and a fight scene from Bruce Lee. Gotta say, my wife pretty much approves of Becky Fox!

TQ:  Which question about King of the Cracksmen do you wish someone would ask? Ask it and answer it!

Q: Do you think there are any parallels between America in the Gilded Age and America today?


A: Do tigers have stripes?

TQ:  Give us one or two of your favorite non-spoilery lines from King of the Cracksmen.

Dennis:  I'm actually about a third of the way through the sequel to King of the Cracksmen, which is called The Calorium Wars: A Steampunk Romance. Anyone who reads "King" and has fun with it is likely to have fun with The Calorium Wars. Who knows? Maybe even more fun! 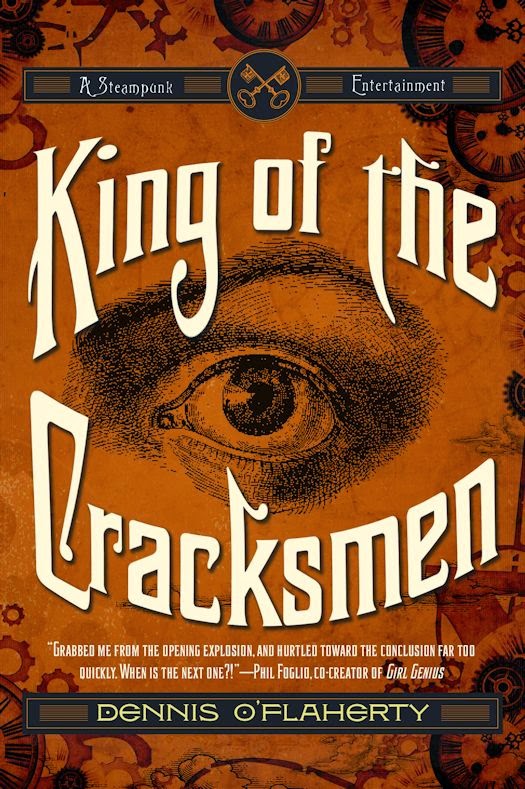 How far will the luck of the Irish stretch?

The year is 1877. Automatons and steam-powered dirigible gunships have transformed the United States in the aftermath of the Civil War. All of the country’s land west of the Mississippi was sold to Russia nearly fifty years earlier, and “Little Russia,” as it’s now called, is ruled by the son of Tsar Alexander II. Lincoln is still president, having never been assassinated, but he’s not been seen for six months, and rumors are flying about his disappearance. The country is being run as a police state by his former secretary of war Edwin Stanton, a power-hungry criminal who rules with an iron fist.

Liam McCool is an outlaw, known among other crooks as “King of the Cracksmen.” But his glory days as a safecracker and the head of a powerful New York gang end when he’s caught red-handed. Threatened with prison unless he informs on his own brethren fighting a guerilla war against Stanton’s tyranny, McCool’s been biding his time, trying to keeping the heat off him long enough to escape to San Francisco with his sweetheart Maggie. But when she turns up murdered, McCool discovers a trail of breadcrumbs that look to lead all the way up to the top of Stanton’s criminal organization. Joining forces with world-famed lady reporter Becky Fox, he plunges deep into the underground war, racing to find Maggie’s killer and stop Stanton once and for all.

King of the Cracksmen is an explosive, action-packed look at a Victorian empire that never was, part To Catch a Thief, part Little Big Man, steampunk as you’ve never seen it before. 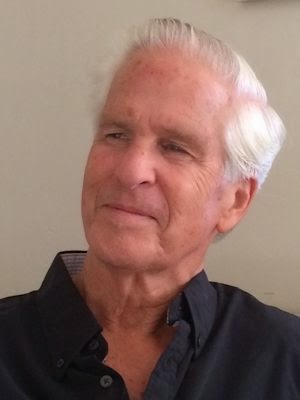 Dennis O’Flaherty is an author with several decades’ worth of film and television credits under his belt, including the Francis Ford Coppola–produced Hammett. He also wrote many episodes of the original Teenage Mutant Ninja Turtles television cartoon! King of the Cracksmen, his debut novel, is available now from Night Shade Books.

Report "Interview with Dennis O'Flaherty, author of King of the Cracksmen - February 17, 2015"