Interview with Scott Hawkins, author of The Library at Mount Char - June 16, 2015

Interview with Scott Hawkins, author of The Library at Mount Char - June 16, 2015

Published:
Please welcome Scott Hawkins to The Qwillery as part of the 2015 Debut Author Challenge Interviews. The Library at Mount Char is published on June 16th by Crown. Please join The Qwillery in wishing Scott a Happy Publication Day! 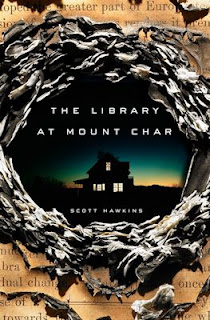 Scott:  Thanks very much for inviting me.

As far as ‘why’--reading has always been my main entertainment, and I’ve got a do-it-yourself streak. I guess it was natural that sooner or later I’d try my hand at writing. The first time I tried to make up a story was around 1980, when I was eleven. I was going to write a novel about Superman. I got a page and a half into it—pencil on spiral bound notebook--before I decided it was too much work.

I got my first rejection slip for a short story a couple of years later. It was an actual slip, about the size of an index card with the publisher’s address and a very brief “no thanks” printed on it. I remember being a little disappointed, but I also remember thinking “well, it’s probably normal to not hit it out of the park on your first try. But I learned a lot from writing that. Surely the next one will sell.” This was in, I think, 1982.

Scott:  A little of both. The first time I set out to write a novel, I tried to write everything in the order that it would be read. That didn’t work for me. The problem was I’d find myself kind of rushing through whatever was up on Tuesday to get to the bit slated for Friday, or whatever. Then Friday would roll around and my mind would be back on the Tuesday stuff. Eventually I just started working on whatever I was in the mood for when the caffeine kicked in.

These days the way I get started on a book is to just noodle around on random stuff—dialog, action sequence, character sketch--until something sparks. I’ll be a little vague here to avoid spoilers, but the first couple of things that I wrote on Mount Char were a guy going out for a jog, and a neighborhood picnic that ended badly. In the final product those two scenes ended up about dead center and near the end, respectively.

Once I’ve got 50,000 words or so of snippets that feel like they have potential, I shuffle them around until I can see some sort of narrative thread emerging, then go back and fill in any gaps.

Scott:  I think the most challenging thing about writing for anyone is to keep at it. After X number of years without any breakthrough it starts getting hard to think up reasons why you shouldn’t just say “oh well, at least I gave it a shot, I wonder what’s on TV?” But when it’s going well there really is nothing I enjoy more.

My first big love as a reader was the Robert Heinlein juveniles. That started when I was maybe eight. Stephen King was next. It was around the time I read ‘Salem’s Lot that I started seriously wanting to get published. Ursula Le Guin and Thomas Harris were big influences. In college I took a class on writing non-fiction that introduced me to Annie Dillard’s essays. Lately I’ve been spending a lot of time studying a guy named Adam Johnson, who manages to work in some sort of emotional sledgehammer about every other page. He’s phenomenal.

TQ:  Describe The Library at Mount Char in 140 characters or less.

TQ:  Tell us something about The Library at Mount Char that is not in the book description.

Scott:  The last four chapters of the book as its being published are very different from what I originally wrote. My wife Heather absolutely hated the original ending. Heather is my first reader for a lot of reasons, but one of the big ones is that, God love her, she’s really not one to mince words. I gave her the first draft of Mount Char to read over Labor Day weekend. A day or so later she came back with a big grin on her face. She handed me the first 2/3 of the manuscript and said “this, I love.” Then she literally whacked me on the head with the third act. “This part sucks! Fix it!” Those are more or less direct quotes.

It took me a while to understand what she was getting at, but in the end I saw her point.

For anybody who’s read the book, the original ending had a lot more to do with the Black Folio than what ended up as the final version.

TQ:  What appeals to you about writing contemporary fantasy?

Scott:  It just seems to be where my head goes. I guess that’s because I read so much speculative fiction when I was a kid. These days my tastes in fiction are a lot broader, and about half of what I read is nonfiction. The first novel I tried to write was a crime thriller, but while I was working on it I noticed it kept wanting to skew magical. For the next book I decided not to fight it.

TQ:  What sort of research did you do for The Library at Mount Char?

Scott:  I made an effort to get anything that took place in the real world at least in the ballpark of accurate. I spent forever tracking down pictures of the room just outside the Oval Office. I tried to verify that AH-64 helicopters can conceivably have mounted loudspeakers without getting myself put on some sort of NSA watch list. I spent a good bit of time mangling foreign languages on google translate. A really nice veterinarian from the internet helped me out with a scene of unlikely veterinary medicine.

Scott:  The easiest was one of the protagonists, a guy named Erwin. Erwin is every inappropriate remark you ever bit back because you’re too polite to say it out loud. You can put him in any situation with one other person to act as a straight man and he just flows onto the page.

Another one of the protagonists, an everyman sort of guy named Steve, was probably the hardest. In the early drafts I spent a lot of time fighting the urge to turn him into some sort of half-baked action hero. It’s just not that sort of book.

TQ:  Which question about The Library at Mount Char do you wish someone would ask? Ask it and answer it!

“So, Scott, a couple times in Mount Char you briefly mentioned an old adversary of Father’s who the librarians refer to as The Duke—can you tell us a bit more about him?”

The Duke was so-called because he was, in fact, John Wayne. I have about five pages on this, and they are absolutely nuts. The gist was that during the filming of the 1956 movie The Conqueror, John Wayne fell through some sort of wormhole back to the days before Father’s reign—seventy thousand years ago, more or less. He eventually used good old American gumption to fight his way back to our time, but along the way he was driven insane and grotesquely scarred. Today, The Duke only appears in public wearing a wooden tribal mask, but to movie fans of a certain age—like one of the main characters, Steve--his voice is unmistakable.

Originally The Duke was invented to illustrate the idea that there were at least some commonalities between librarian culture and the culture of normal Americans. Later on in the book when Steve was having trouble getting through to Carolyn, his encounter with The Duke was going to spark the idea that he could get through to her via this small-but-non-zero cultural overlap.

Partly I cut the sequence with The Duke for length. Partly I thought the story could get by without it. But the main reason—you won’t often hear me say this—was that it was just too far over the top.

TQ:  Give us one or two of your favorite non-spoilery lines from The Library at Mount Char.

Scott:  I always liked the last line of the first chapter. It ties everything up to that point in a neat little bow, and hints at things to come:

Her fingertips trembled with the memory of faint, fading vibrations carried down the shaft of a brass spear, and in her heart the hate of them blazed like a black sun.

Scott:  Right now I’m working on a hardboiled detective novel. It’s not related to Mount Char, but it’s a similar kind of story in that a more or less normal person gets catapulted into a very weird situation where she’s way out of her depth. 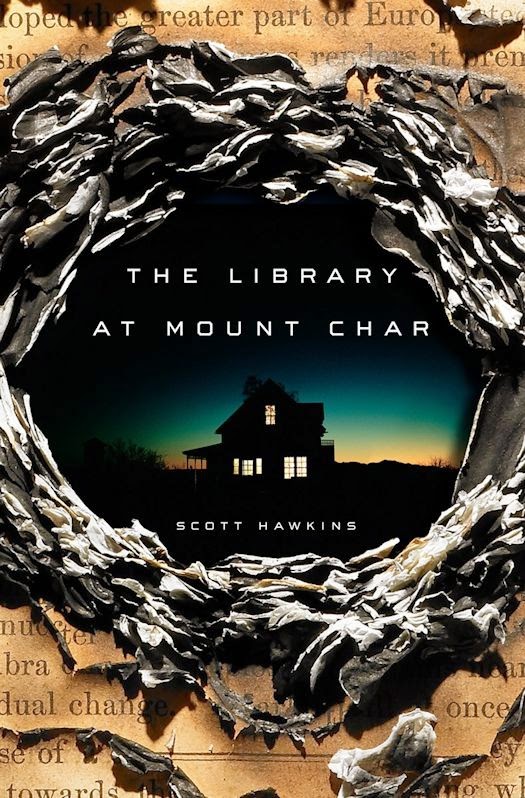 A missing God.
A library with the secrets to the universe.
A woman too busy to notice her heart slipping away.

Carolyn's not so different from the other people around her. She likes guacamole and cigarettes and steak. She knows how to use a phone. Clothes are a bit tricky, but everyone says nice things about her outfit with the Christmas sweater over the gold bicycle shorts.

After all, she was a normal American herself once.

That was a long time ago, of course. Before her parents died. Before she and the others were taken in by the man they called Father.

In the years since then, Carolyn hasn't had a chance to get out much. Instead, she and her adopted siblings have been raised according to Father's ancient customs. They've studied the books in his Library and learned some of the secrets of his power. And sometimes, they've wondered if their cruel tutor might secretly be God.

Now, Father is missing—perhaps even dead—and the Library that holds his secrets stands unguarded. And with it, control over all of creation.

As Carolyn gathers the tools she needs for the battle to come, fierce competitors for this prize align against her, all of them with powers that far exceed her own.

But Carolyn has accounted for this.

And Carolyn has a plan.

The only trouble is that in the war to make a new God, she's forgotten to protect the things that make her human.

Populated by an unforgettable cast of characters and propelled by a plot that will shock you again and again, The Library at Mount Char is at once horrifying and hilarious, mind-blowingly alien and heartbreakingly human, sweepingly visionary and nail-bitingly thrilling—and signals the arrival of a major new voice in fantasy.

SCOTT HAWKINS lives in Atlanta with his wife and a large pack of foster dogs.  When not writing he enjoys woodwork, cooking long and impractical recipes, and playing fetch with his dogs.  He works as a computer programmer.  The Library at Mount Char is his first novel.

1 Comments on The Qwillery: Interview with Scott Hawkins, author of The Library at Mount Char - June 16, 2015

Report "Interview with Scott Hawkins, author of The Library at Mount Char - June 16, 2015"