Published:
Please welcome Alison Sinclair to The Qwillery. Alison's most recent novel is Breakpoint: Nereis (The Plague Confederacy 1) which was published on March 11, 2014 by Bundoran Press. 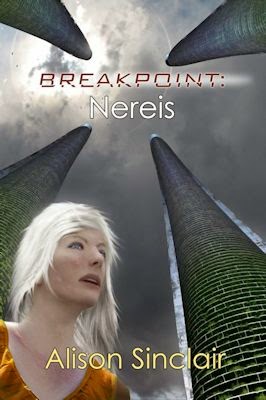 TQ: Welcome to The Qwillery. When and why did you start writing?

Alison:  Pretty much as soon as I had enough of a grip on a pen to sustain a narrative. When I was 8, under the influence of Gilligan's Island and a child's version of Robinson Crusoe, I wrote and illustrated an opus called "Shipwrecked on an Island". Along with the shipwreck, my hapless protagonist had to endure hurricanes and giant whirlpools (my little sister scribbled on one of the pages, so I worked it into the story) and volcanic eruptions (I wanted to be a geologist) and giant octopi (easier to draw than other animals). Then I wrote "Salma: The Story of a Salmon", and ever after bore a grudge against Henry Williamson for having the idea of writing a novel about a salmon first. The earliest piece that has survived my many moves is "The Long Journey Home". Think Lassie, but with a budgie. Why I wrote I have no idea. My handwriting was execrable, my spelling lawless, and everything was a mashup of love of natural history and science and children's books and TV, but it came out as stories.

Alison:  I am an über pantser. I start with a notion that I want to write a novel 'about' something, and I turn it over for a while until a character shows up with some spark in them - what Jo Walton calls protagonismos. Then I start getting to know them, and their family and lovers and friends and enemies.

There was a convention in drama, back in the drawing room days, when the first scene would consist of two servants dusting the set and dishing the dirt on the family for the edification of the audience. I start by writing feather duster scenes, eavesdropping on my characters as I figuratively hammer and paint the set, while trying to draw a map of the plot with my right foot. I keep notebooks in which I'll hack through the undergrowth of my ideas, talking to myself, but the real working out happens in the fiction.

Once I've blundered my way to the end of the first draft, I start the second by lining up the beginning and end, pulling down the kudzu of undeveloped ideas, and working on pacing, information flow and set-up. That's when the feather duster scenes go. By then I know my characters and their setting, so it's easy to replace uninformative chatter with relevant dialogue, but it takes me three or four drafts to produce something fit to be seen. Even then an editor will still find saggy and irrelevant bits. I love my editors.

Alison:  Finding my way to the end of the first draft. See above. Revision is fun, once I've worked myself into a suitably confident and ruthless frame of mind, because I know I have something workable that can only be made better.

TQ:  What were some of your inspirations for the world of Breakpoint: Nereis?

Alison:  I wanted to do a starship novel–Star-Trek-meets-medical-thriller” when I'm being irreverent–with a crew of a starship (the Waiora), going from planet to planet. So I asked myself why. The answer was "because they're tracking a plague". I also wanted to do a series, so they couldn't find all the answers in the first novel, which was how the idea of the re-contact side of the mission came up. And by keeping it as a re-contact, after a relatively short, though extremely fraught, period, I could have more of a peer relationship between the Wairoans and the Nereians, and play with that shifting dynamic.

I decided on the central on-planet problem for Nereis early. Going into a conflict is always challenging for a humanitarian mission, because they'll be pushed to take sides; but I didn't want the war to dominate the action. I wanted it to be more of a war of intelligence than one of destruction.

TQ:  In Breakpoint: Nereis, who was the character who was the most difficult to write and why? The easiest and why? Which character surprised you the most?

Alison:  Teo–the leader of one of the two re-contact teams–showed up first, along with two young men who play a large part in the next novel. Teo's from one of the early re-contact colonies, a vigorous old woman of ninety who has by now seen everything, done everything, and is confident she and most other people can deal with it. She's easy to write because she's capable, confident, at times overconfident. She'll take risks and things will happen around her.

Creon McIntyre, a war-disabled leader of the invaders, was both easy and difficult. He an able and ferociously determined man who knows what he wants and will do whatever he can to get it, BUT he was easy to write only if he got his own way. He gave me no end of grief until I had built up his nemesis within the book.

That nemesis is Aeron Ivesen, who took me a while to get to grips with. She had to be a contrast to Creon and yet a balance for him; she was interesting to write because she has a justified cause and yet some difficult attitudes.

TQ:  Please tell us about your other work.

Alison:  I started out writing and publishing science fiction, because my educational and career background is pretty much pure science. So far, I've predominately been a novelist, mainly because I have trouble keeping ideas from growing. My first published novel, Legacies, was also a re-contact story, but the re-contact in question was particularly fraught because there is a great historical injury lying between the two sides. My second novel, Blueheart, was about the struggle to define the future of a human colony on a water-world: genetically engineer the humans, and risk creating a schism in the human race, or terraform the world, and destroy a mature ecology and the unique society of the first human colonists. My third novel, Cavalcade, was my alien contact novel, before it became about the first extra-planetary humans inventing their society from scratch.

My next published novels were fantasy, the trilogy Darkborn, Lightborn and Shadowborn, about the denizens of a cursed land who have come to terms with their division into dark-dependent and light-dependent and achieved mutual coexistence, until an unknown enemy declares war on them both.

Alison:  The next book to be published is the Waiora's next mission, Contagion: Eyre. Teo's confidence and religious conviction lands her in deep trouble, while Phi Kiriakadis deals with the fallout from her encounter with Creon McIntyre. The next book to be written is the third of the series, which is in the messy early stages I mentioned above. Its working title is Contact: Umber.

Alison:  Thank you for inviting me! 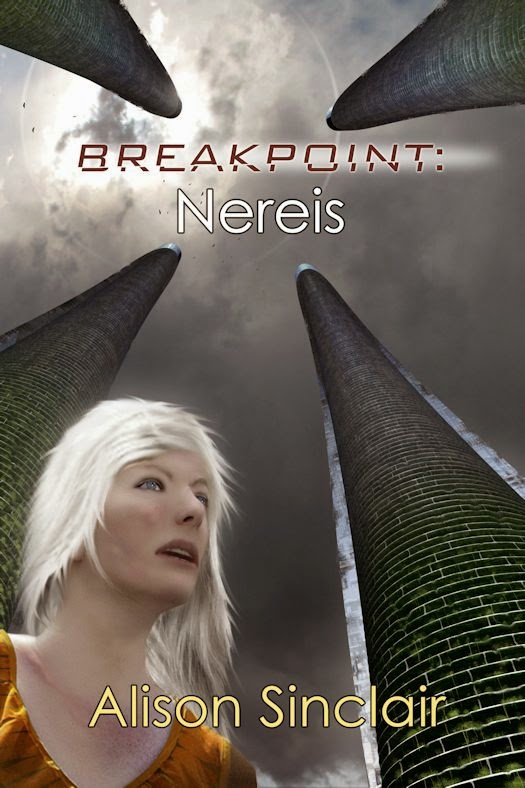 The first of The Plague Confederacy series, Breakpoint: Nereis combines a rousing space opera with a first-rate medical mystery. Struggling to rebuild an empire shattered by plague, the starship, Waiora, recontacts the colony of Nereis, only to find themselves embroiled in war. The mandate of First Contact is to help stabilize devastated colonies while searching for the origins of the plague that brought down the empire. But the new Confederacy has struggles of its owns and it is ill-equipped to play peacemaker. Passions run high as deceit and trickery threaten to destroy them all.

Alison Sinclair is the author of the science fiction novels Legacies, Blueheart, and Cavalcade (nominated for the Arthur C. Clarke Award).