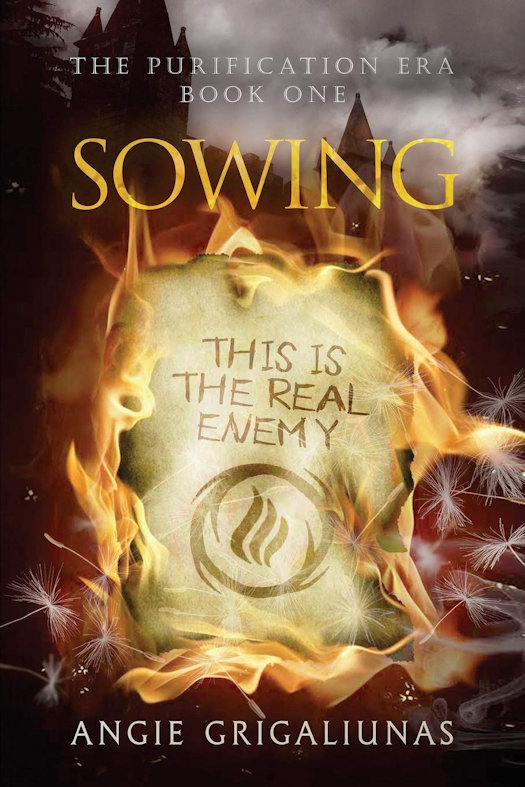 They can take your house, your daughter, whatever they want.

For Ariliah, life under the militarized Hulcondans is one of order and safety. Despite the soldiers’ ruthless policies, she trusts their judgment. They alone provide protection from the enemies lurking beyond the city wall.

For her older sister, Rabreah, every glance from a Hulcondan is a threat. Though even a whisper against them is treason worthy of death, Rabreah is determined to end their tyranny. Joining an underground resistance is her only hope – until she realizes she doesn’t know the people she’s aligned herself with at all. Unsure who to trust but unable to back out, she must work alongside the attractive yet infuriating rebel leader who reminds her far too much of the soldiers she hates.

But with subversive posters appearing throughout the city and people dying on the blade of an unknown assailant, the sisters’ world begins to crumble.

And as the line between friend and enemy blurs, both girls must face the truth: everything is about to change.

Sowing is a gritty, slow burn spy thriller set in a dystopian world on the brink of war.

Perfect for fans of the characterization and political tension in Leigh Bardugo’s Six of Crows, Sabaa Tahir’s An Ember in the Ashes series, and Pierce Brown’s Red Rising saga.

I had a difficult time with Sowing by Angie Grigaliunas and am going to keep this short.

The novel is set entirely in the city of Totta and centers on 2 sisters - Ariliah and Rabreah.  I found the sisters to be rigid opposites of each other regarding how they viewed their small world just to make it clear regarding only 2 of the ways to view the society in which the live. Ariliah thinks everything is good and the Hulcondans are there to provide a safe way of life. She turns a blind eye to anything wrong with her world. Rabreah is the opposite. Everything is wrong and the Hulcondans and their leaders are to blame. The sisters do not develop much over the course of the novel in any meaningful way. This is not just a problem with the sisters. None of the characters are very well-developed.

The sister's mother is vicious both physically and verbally to the younger sister, Ariliah. I never understood why. I found this really disturbing as I'm sure it is supposed to be. I also found it mostly unnecessary. There are additional uncomfortable scenes of abuse with one of them verging into the gratuitous.

It took me a long time to read Sowing and I frankly would not have finished it if it was not a SPFBO Finalist. I was disappointed when I got to the end. Sowing feels like an extended prologue with not a lot happening and not much at all resolved. The world building is lacking and the characters are unappealing.