Published:
Happy last Monday in October! Halloween is Friday and it may snow here on Saturday! That's a bit early for us though we did have a Halloween Nor'easter in 2011. That was not a nice trick! Hopefully we'll have a better Halloween this year. Do you celebrate? Hand out candy?

For Anne Rice fans - Prince Lestat is out tomorrow. This is the 11th novel in The Vampire Chronicles and a return to the this world after a decade away.


There is one Debut this week:

Red Rising (Red Rising Trilogy 1) by Pierce Brown is out in Trade Paperback;

Sky Pirates (Chronicles of Light and Shadow 3) by Liesel Schwarz. 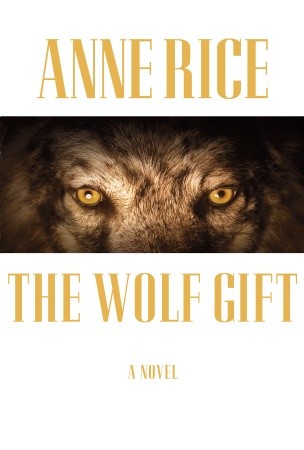 The time is the present.

The place, the rugged coast of Northern California. A bluff high above the Pacific. A grand mansion full of beauty and tantalizing history set against a towering redwood forest.

A young reporter on assignment from the San Francisco Observer . . . An older woman welcoming him into her magnificent family home that he has been sent to write about and that she must sell with some urgency . . . A chance encounter between two unlikely people . . . An idyllic night—shattered by horrific unimaginable violence, the young man inexplicably attacked—bitten—by a beast he cannot see in the rural darkness . . . A violent episode that sets in motion a terrifying yet seductive transformation, as the young man, caught between ecstasy and horror, between embracing who he is evolving into and fearing what he will become, soon experiences the thrill of the wolf gift.

As he resists the paradoxical pleasure and enthrallment of his wolfen savagery and delights in the power and (surprising) capacity for good, he is caught up in a strange and dangerous rescue and is desperately hunted as “the Man Wolf” by authorities, the media, and scientists (evidence of DNA threatens to reveal his dual existence) . . . As a new and profound love enfolds him, questions emerge that propel him deeper into his mysterious new world: questions of why and how he has been given this gift; of its true nature and the curious but satisfying pull towards goodness; of the profound realization that there may be others like him who are watching—guardian creatures who have existed throughout time who possess ancient secrets and alchemical knowledge. And throughout it all, the search for salvation for a soul tormented by a new realm of temptations, and the fraught, exhilarating journey, still to come, of being and becoming, fully, both wolf and man.

I've been a fan of Anne Rice's writing since I read Interview with the Vampire, which is not to say that I've liked everything she's written. So it was with great curiosity and a bit of hope that I began to read The Wolf Gift. I was not disappointed.

The Wolf Gift struck me as a gentle story in many ways. I know - werewolves and gentle don't necessarily go together. Yes, there is some violence, but mostly this book is an exploration of what it is to become a werewolf, of good versus evil.  It's a journey that the main character, Reuben, takes. And it is fascinating.  Reuben struggles with the moral issues of his dilemma. Can something that is supposedly evil be good? Is there a purpose to his new life? Will he lose his humanity? Be more wolf than man?

Ms. Rice's descriptive powers are at full force in The Wolf Gift. I had a clear sense of place throughout the novel. I fell in love with the big coastal mansion with it's secrets as much as any of the characters. I saw the forest and the old growth trees. I heard the waves crash, the rain fall, the animals prowl the woods, the sounds of the city. All of this combined to provide a lovely Gothic feel to the novel.

Reuben's family, the people he loves and comes to love were wonderfully drawn. Even the villains of the story, though not a major focus, are well done. These villains as well as some of the good guys infuse the backdrop of the story for a large part of the novel until they are brought front and center. The story moves at a fast pace even through the ruminations on good and evil. While the concepts may be abstract, they are brought to life in a concrete manner without overshadowing the story. I enjoyed watching Reuben come to grips with what was happening, to wonder about his situation, and to learn about his gift.

Ms. Rice's werewolves are the stuff of legend but not the legend you may know or expect. There is something new here. Something more than a bit wonderful.