The Qwillery | category: Bitten by Books

Published:
A few new books are out today.


The Vampire's Kiss by Vivi Anna 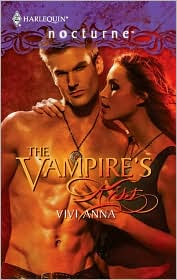 Olena Petrovich had seen more than enough death and destruction in her three hundred years. Now the vampiress fought as a CSI agent. But nothing about this crime scene seemed right—including the arrogant outsider from Interpol who challenged her authority. Sexy and cocky, the human was downright irresistible…even to a vampiress who should know better.


Though Cale Braxton was out of his league facing the vampires, lycans and witches of Nouveau Monde, he matched Olena in the one way that mattered—passion. Olena had sworn she'd never love—and lose—again, especially a human with his own demons. She and Cale lived in two different worlds, but after only one kiss, Olena wondered how she could ever spend eternity without him…. 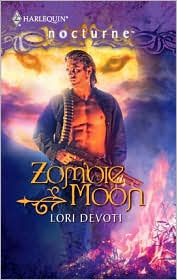 Caleb Locke lived for one thing—killing zombies. And this man—this legend—was exactly what Samantha Wagner needed. In mist-shrouded alleys, hunted by zombies, haunted by fear, she vowed to find Caleb and convince him to help her. But she hadn't counted on falling in love….


Caleb kept his own secrets—like the one he couldn't hide when the moon was full. But his wolf was drawn to Samantha, recognizing her as his mate. With her in his arms, Caleb reveled in passion…and rued his deception. Would she still love the man who fought by her side if she realized that zombies weren't the only monsters? Samantha would have to make a choice—and she only had till the next full moon.

Shadow of the Vampire by Meagan Hatfield 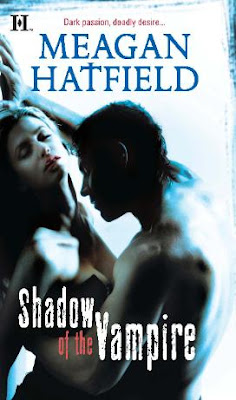 Vampire princess Alexia Feodorovna has been undead for 125 years, so it's been a while since any man has made her pulse race. Until Declan Black. One look at his bronzed body and a fire like no other consumes her. Then she discovers that he's a dragon lord come to take revenge on the vamps who killed his parents. And claim a crystal said to imbue its owner with incredible powers.


Alexia is ordered to torture and kill the dragon lord. Yet with each reckless encounter, she finds herself consumed by his fiery passion. A passion Declan battles, as well. Will he be able to resist the fire of lust she kindles within him and keep revenge in his heart? Or will he risk everything to quench the burning desire and claim the vampire as his own?

Don't forget the contest to win a copy here.

Another book that is out either today or June 29th is Tracking the Tempest by Nicole Peeler. I'm not a fan of confusing release dates!

Tracking the Tempest by Nicole Peeler 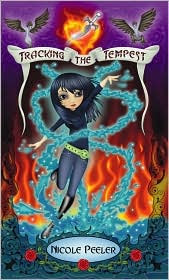 Valentine's Day is fast approaching, and Ryu - Jane's bloodsucking boyfriend - can't let a major holiday go by without getting all gratuitous. An overwhelming dose of boyfriend interference and a last-minute ticket to Boston later, and Jane's life is thrown off course.


Ryu's well-intentioned plans create mayhem, and Jane winds up embroiled in an investigation involving a spree of gruesome killings. All the evidence points towards another Halfling, much to Jane's surprise...
Source: qwillery.blogspot.com
0 Comments+ Sharelabels (3)Flag
AllBitten by BooksThursdaynew releases

Must Have Witches and a Giveaway

I've been reading literature about vampires for a long time starting with Bram Stoker's Dracula when I was a tween. Back when I started reading about vampires they were evil, bloodsucking monsters. Over the years the vampire has evolved into romantic hero. I'll take my vampires however they are written. If it has a vampire in it, I'll read it. I may not like it much, but I will eventaully read it. Over the last several years I've branched out into reading anything with a paranormal element, but I've recently realized that I have not read many novels or series that have a witch as a main character.
My neglect has not been complete because I have read the following series, both of which I really enjoyed:

Pretty pathetic!  I am sure that I have several witch-based series in my 600+ book TBR.  Nonetheless I am asking you for help: leave a comment recommending a series or novel that has a witch as a main character!

One commenter will win the first four books in Linda Wisdom's Hex series. 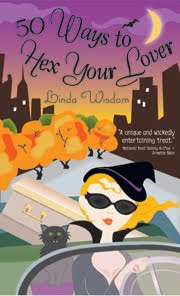 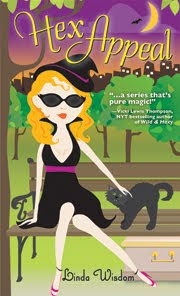 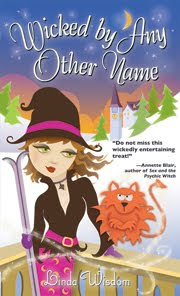 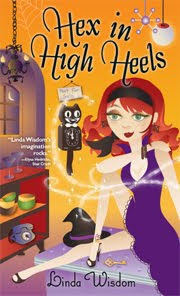 We’ll put all the names in the DubbleBubble receptacle and pull out a name. If you tweet the contest, we’ll put your name in for the tweet as well. You can tweet as much as you like, but it only counts once. If you also mention the contest on Facebook, we’ll add your name again. You can mention it on Facebook a zillion times, but you only get one extra entry. You can also mention the contest on your blog to get another entry. So you can get your name placed in the receptacle a maximum of 4 times (comment, tweet, FB mention, blog mention). Provide us a link in the comments so we know that you tweeted or Facebooked or blogged.

The contest is open to all humans on the planet earth with a mailing address. Contest ends at 11:59pm Eastern Time on Monday, April 26, 2010.
Source: qwillery.blogspot.com
57 Comments+ Sharelabels (5)Flag
AllBitten by BooksLinda WisdomTate HallawayWitchesgiveaway

Published:
Bitten by Books is excited to welcome author Michele Bardsley and her cast Broken Heart Citizens today as our featured Guest Bloggers! They will be talking with you today and answering questions. Check out the contest at the end of this post! You could win the amazing prize they are offering up today!

Then throughout the day you will be able to post in her interview thread and ask questions about her previously released and upcoming books. Be entered to win one of TWO books when you enter our contest. An AUTOGRAPHED copy of Because Your Vampire Said So or an AUTOGRAPHED copy of Accidentally Dead by Dakota Cassidy! Tune in on the 6th for details on how to enter!

Books in the Broken Heart, Oklahoma series in the order they should be read (click on the title to order the book via Amazon.com):
I’m the Vampire, That’s Why
Don’t Talk Back To Your Vampire
Because Your Vampire Said So
Wait Till Your Vampire Gets Home - Scheduled for release November 2008
Source: qwillery.blogspot.com
0 Comments+ Sharelabels (2)Flag
AllBitten by BooksMichele Bardsley