Published:
On July 28th, I spent a couple of really fun hours at Brass City Comic Con (BCCC). BCCC is a small local Con. There are comics, etc. for sale, a small artist alley (the 2nd floor) and presentations.  Kudos to Bob Lyons and Celeste Hotaling-Lyons of Legends of Superheros comics for making this year's BCCC the best ever. It would not have happened without them. If you're in the area you should visit Legends. It's a terrific store.


R2D2 was at the Con this year playing the Star Wars them and generally wandering around. 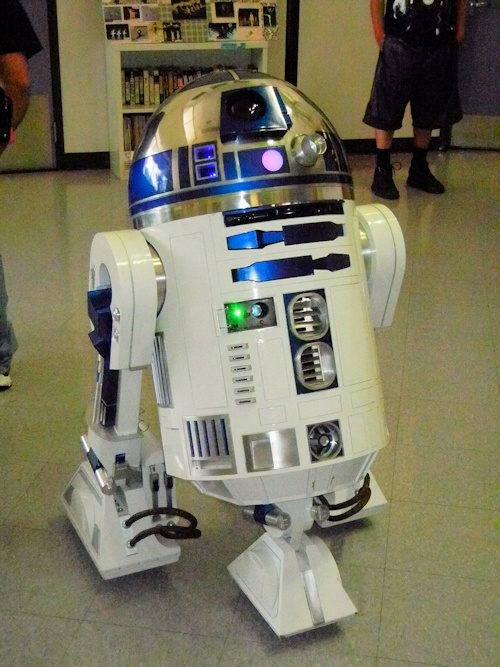 This year's Artist Alley was terrific. I'm not going to list everyone (you can check out the BCCC site for that).

One of the artists who impressed me the most was Robbie Pelletier. His art work is simply spectacular. 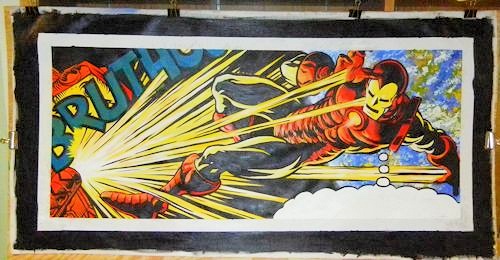 Just to give you an idea of the size of the Iron Man: 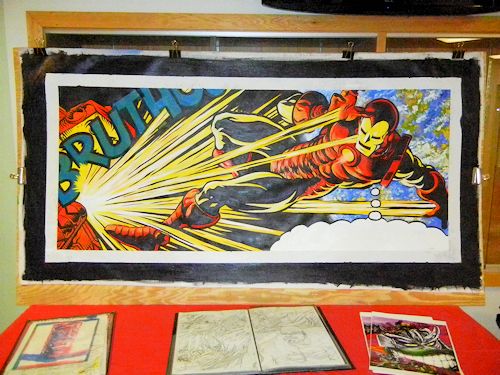 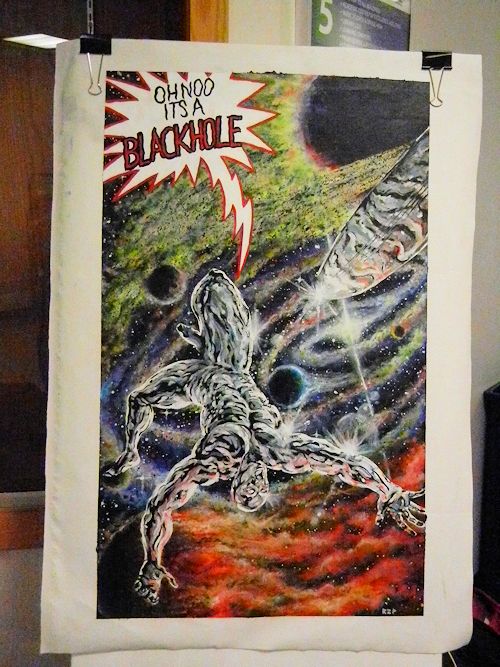 And Robbie with more of his art: 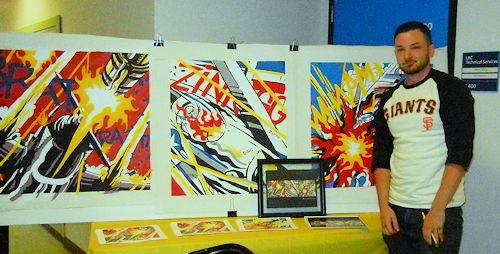 You can see more of Robbie's work here.

Frank McLaughlin was there: 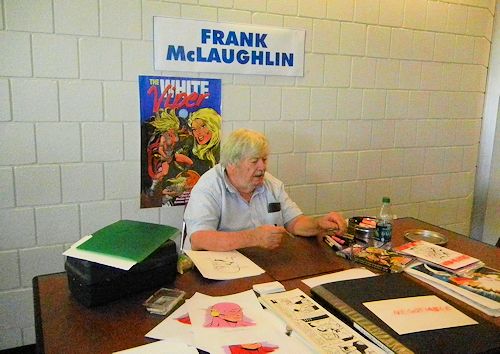 I picked up a terrific Wonder Woman by Frank. (When is there EVER going to be a Wonder Woman movie? And by that I mean one with a great script for this iconic hero.) 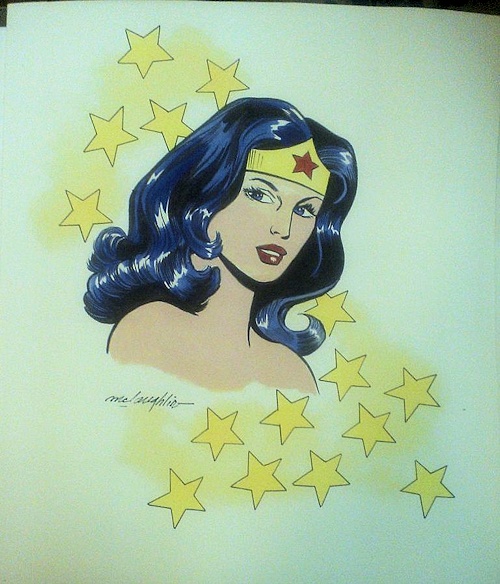 And Mark McKenna was there too! 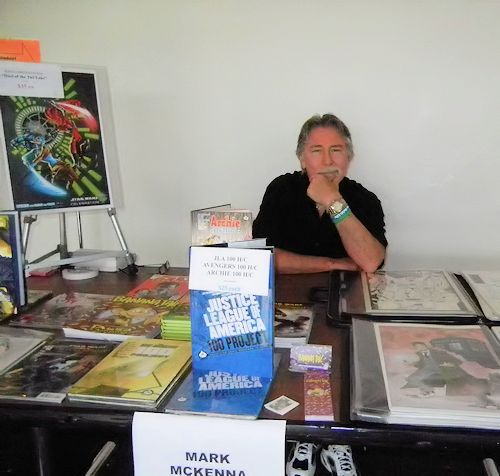 I picked up a signed print of the 10th Doctor by Mark. 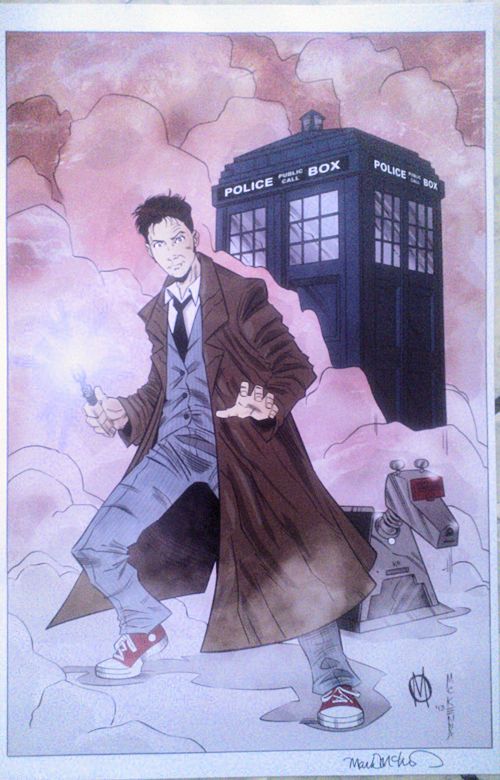 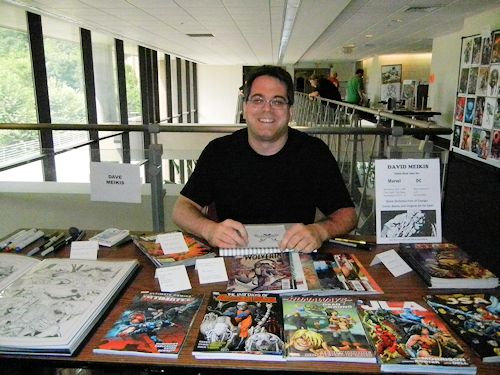 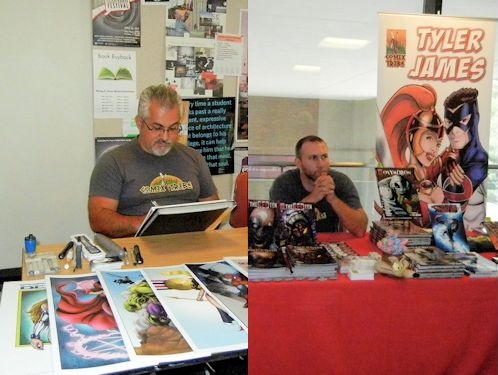 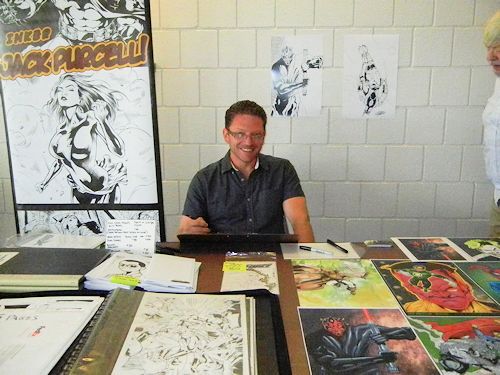 There were quite a few more artists but I'll save that for another post.


And what is a Con without a little cosplay? 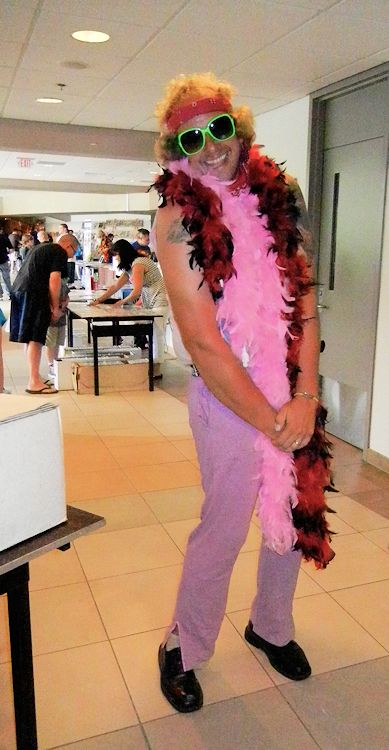 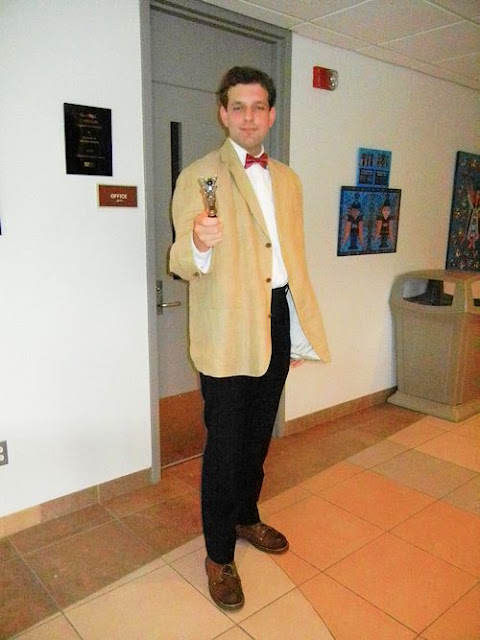 Published:
A few Sundays ago, I spent the day at Brass City Comic Con 3. This is a small local con that is held for one day only. It's held at a local college. Connecticut has a rich comic history that I will be sharing with you over the next few weeks in the Comics in Connecticut feature. 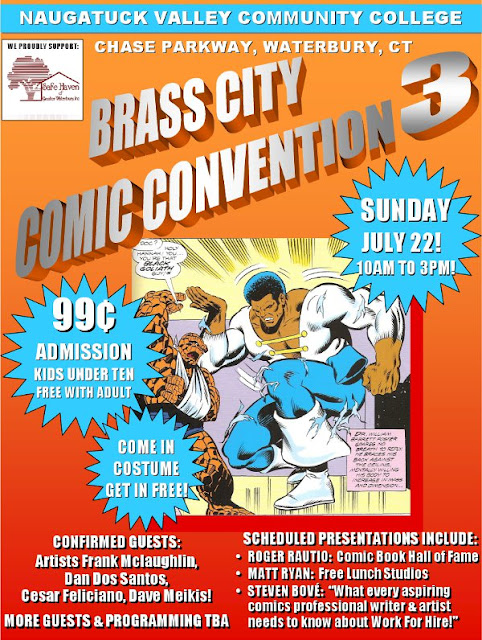 There were a number of dealers of course, but also some terrific comic and other talent.


A Clockwork Creeper somehow got into the Con and almost blew up one of the organizers, Bob Lyons (Legends of Superheros). 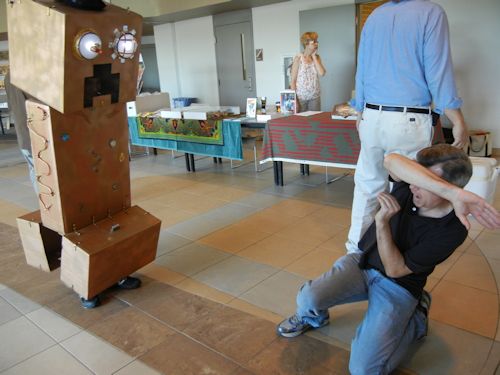 The Comic Book Hall of Fame is not yet a reality but it is in the planning stage. These award drawings are signed by many in the business: 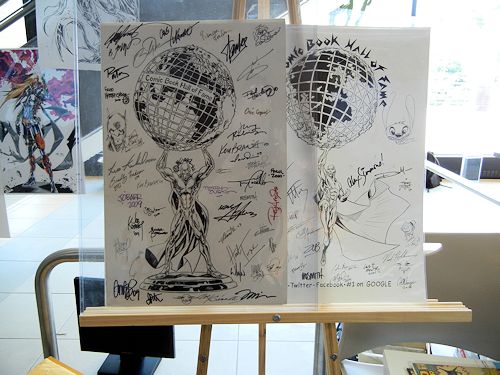 Some of the talent at the Con: 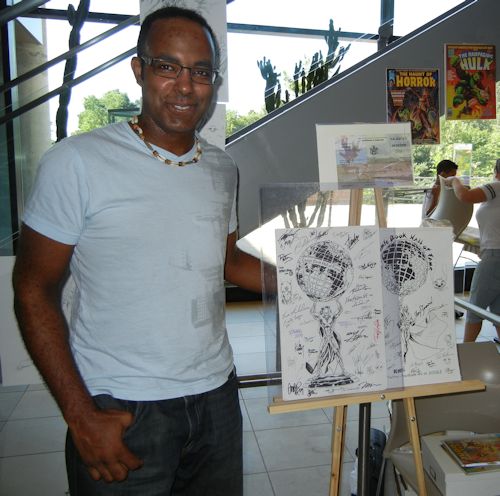 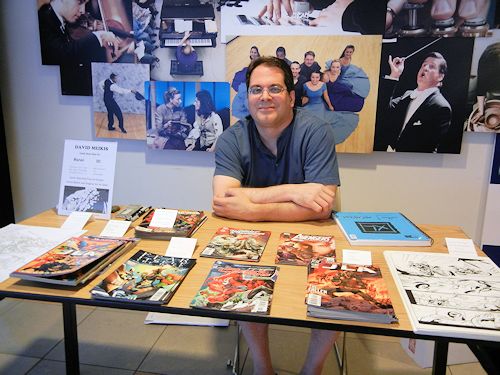 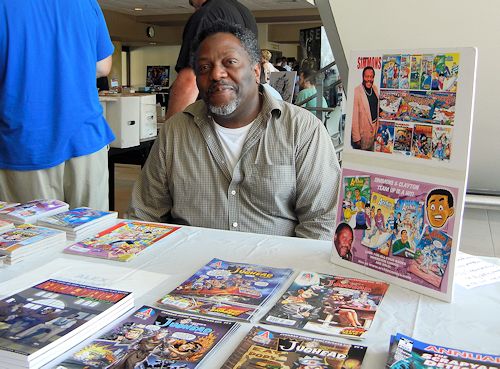 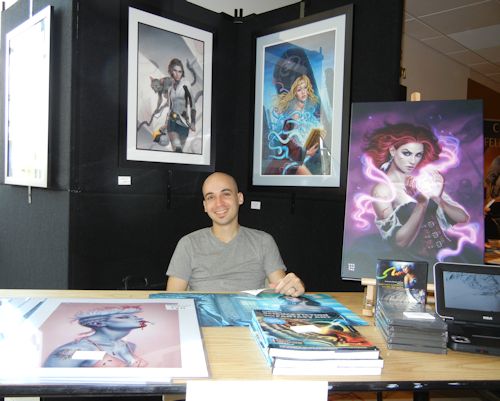 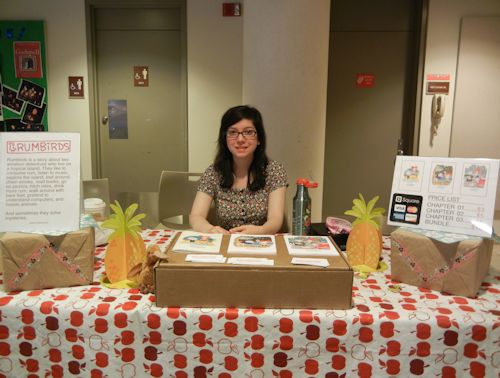 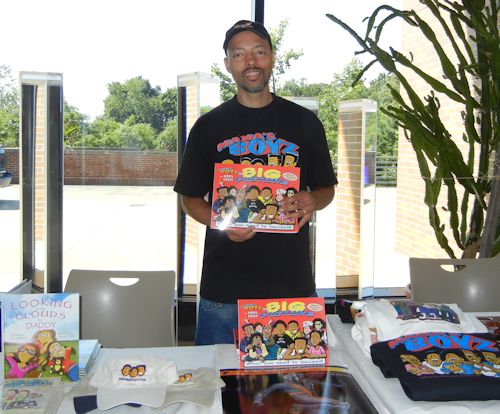 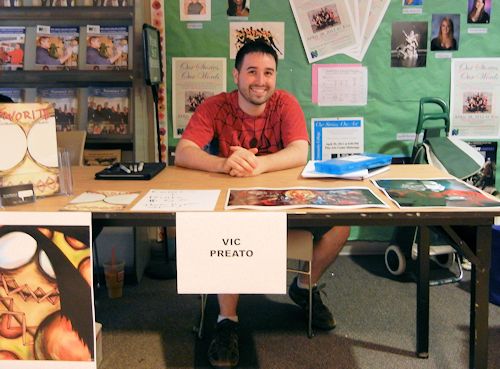 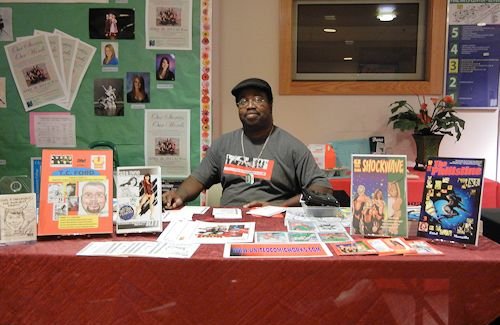 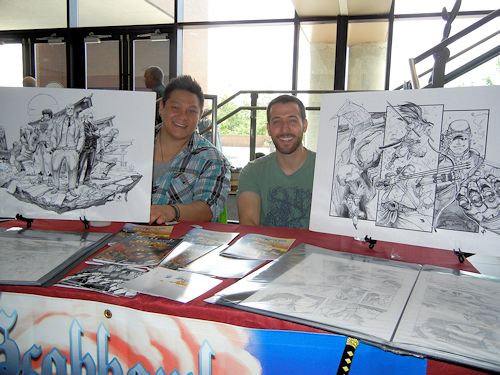 Matt Ryan (Free Lunch Studios) and Art Fight!
(2 people draw from a prompt and we all vote on the winner by cheering) 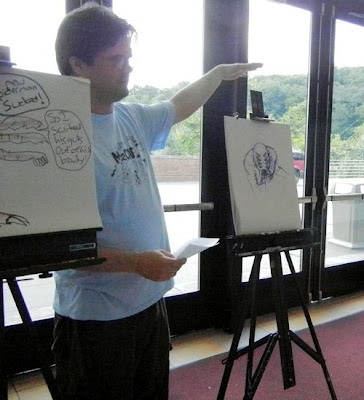 And what is a Con with costumes? 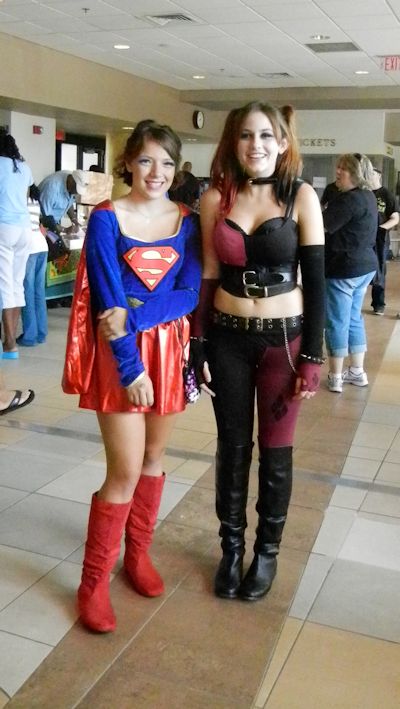 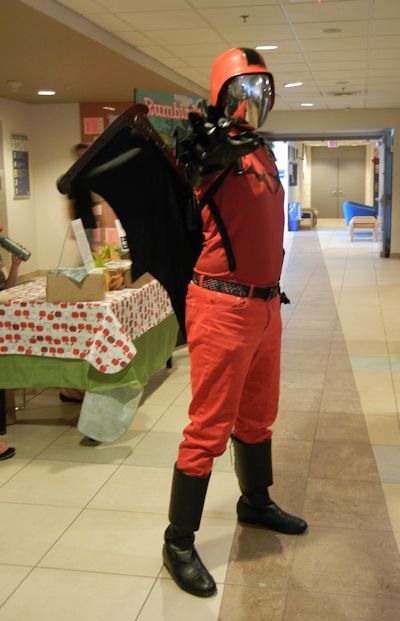 And finally, it's not a Con unless I leave with some original art work. I did not get a photo of Cesar Feliciano most likely because I was too busy staring at what he was drawing: 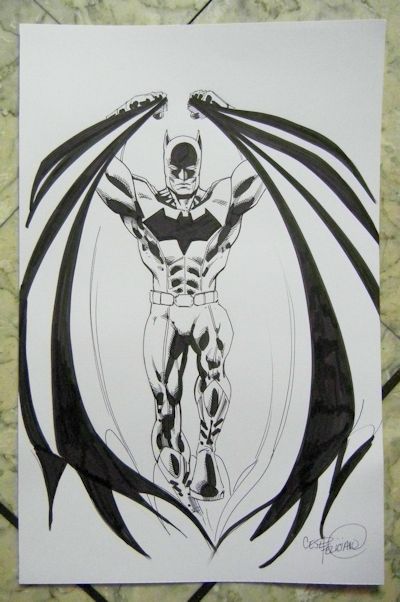