Dani:  I talk to myself. A lot. And I often don’t realize I’m doing it. I don’t know how interesting it is – my husband thinks it’s amusing, and strangers just give me odd looks.

Also, I must have peace, quiet, no distractions and nothing on my household to-do list in order to write. Bahahahahahahaha - snort! Okay, I just THINK I need that, as I’m struggling to get focused. Once I’m in the zone, however, Martians could land in the front yard and I wouldn’t notice a thing.

Of all writers, I probably admire Stephen King the most. King’s ability to get inside his characters’ heads – and take you with him – is simply stunning. By the end of the story, you’re half certain everything happened to YOU.

TQ:  Tell us about your Changeling series? Are your shifters a new breed?

Dani:  My main characters are werewolves, but don’t call them that. They prefer the term Changelings, and they live right here among us. Your boss could be a Changeling. So could the gal that does your pedicure. The coach of your company baseball team or even the cop that gives you a ticket for not wearing your seatbelt again could have furry tendencies. Your BFF could run on four feet at night and you wouldn’t know. Changelings hide in plain sight and live very human lives most of the time.

Love, however, complicates their lives wildly.

My Changeling series revolves around the Macleod family of shapeshifters. Each book focuses on one of the siblings - four brothers and two sisters. However, characters from earlier books are never gone completely and pop up to support (or annoy) members of the family and the Pack.

TQ:  What inspired you to write the Changeling series?

Dani:  As far as I’ve been able to figure out, my new Changeling series was probably inspired by REAL wolves! One bright sunny morning when I lived on my little farm in northern Canada, I was stunned to see a pack of wolves – about 7 or 8 – lope leisurely across the yard not far from the house. They were amazingly beautiful creatures, but what struck me most was the feeling I had that they were happy together. It remains one of the most incredible experiences of my life.

However, I really didn’t sit down and plan the Changeling series. I started writing a story one day and the entire Macleod family turned up in my head. What a noisy, demanding bunch they were too! And then they all turned into wolves. I told them not to, but my characters never listen.

TQ:  What sort of research did you do for the Changeling series?

Dani:  I’m always, always, always doing research as I write. I’m a closet geek to start with because I love science and history, and my newspaper background makes me a fanatic for details and facts. What I write about Changelings may be fiction, but I want every word I write about real wolves to be absolutely true.

Dani:  Both. I start as a plotter, then the characters run off in a completely different direction and I’m left to try and catch up. No matter how much I try to plan, my characters have their own notions of how the story is supposed to go. We argue a lot.

TQ:  In the first 2 books, Changeling Moon and Changeling Dream, who was the easiest character to write and why? Hardest and why?

Dani:  Birkie Peterson is probably my favorite character to write, in the sense that she steps right up and says what’s on her mind, and it’s always just the right thing. I love that about her.

The hardest character to write? Any of them when they’re not talking to me!!! Sometimes I have a scene I need to get done and the characters are conspicuously absent. I don’t know where they go or what they’re doing – hang gliding, playing video games, scarfing down fries at Mickey D’s or what. All I know is that I can threaten, coax, yell, cry and beg but until my characters are good and ready to talk, I get nothing. That’s usually when I go write a blog or an article instead, sort of a writing-while-I’m-waiting-to-write kind of thing.

Dani:  Never judge a man by his species. Love, danger and archeology combine as human Josh and werewolf Kenzie work to rescue a shapeshifter child.

TQ:  Without giving anything away, what is your favorite scene in Changeling Dawn?

Dani:  I have a lot of favorite scenes in that book – like when the hero, Josh Talarkoteen, blackmails Kenzie Macleod into a date. And later in the book, when Birkie Peterson finally takes off the gloves, it’s a heckuva surprise and very satisfying.

Dani:  I get LOTS of surprises from my characters – they always have their own ideas about where the story should go. There are things in Changeling Moon that still surprise me, and I may never recover from one of the revelations in Changeling Dream.

The character who consistently surprises me is Culley Macleod. I never know what he’s going to do or say, and I never, ever, know when he’s going to show up. Or not. He’s like a wild card – or a bad penny.


About the Changeling series 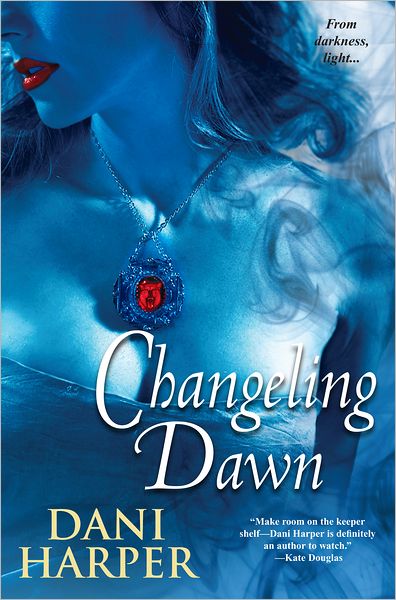 Shadow and moonlight merge beneath her bare feet, the forest floor blurring as she flees the dogs and torches. Werewolf, monster—those are the names given her kind by the humans who hate them.

Kenzie Macleod has spent her whole life hiding what she is, and she’s not about to open up to any man, even one as powerfully attractive as wildlife expert Josh Talarkoteen. But legend says that a Changeling cannot escape the call of her true mate, even in the wilderness of backcountry Alaska.

An isolated archeological site, a terrified Changeling cub, a shadowy research facility—as Kenzie and Josh face the ultimate betrayal, his obsidian eyes promise untold pleasure and hint at dark secrets of his own… 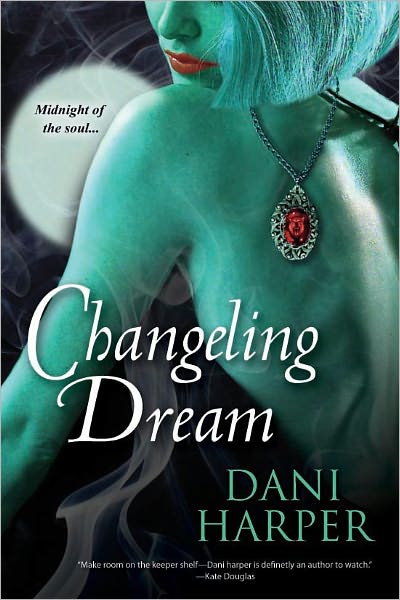 In times of stress Jillian Descharme has always found calm in her dream of a great white wolf with haunting blue eyes. But she is startled when the visions return and this time seem so real. Late at night he comes to her, speaks to her, touches her. It’s almost as if he’s alive…

Thirty years ago James Macleod lost his wife and unborn child to a killer bent on destroying the Changelings. Though he longed for death, his animal instinct fought for survival and James has been a wolf ever since. Yet now a woman has reawakened the man in him, taming wild instincts but arousing still wilder needs. With his ancient enemy hunting the legendary white wolf, James must fight for new life, new hope, new love. 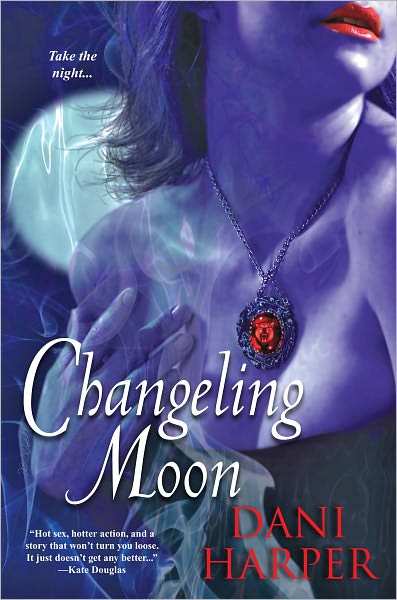 He roams the moonlit wilderness, his every sense and instinct on high alert. Changeling wolf Connor Macleod and his Pack have never feared anything—until the night human Zoey Tyler barely escapes a rogue werewolf's vicious attack.

As the full moon approaches, Zoey has no idea of the changes that are coming, and only Connor can show her what she is, and help her master the wildness inside. With her initiation into the Pack just days away and a terrifying predator on the loose, the tentative bonds of trust and tenderness are their only weapons against a force red in tooth, claw. . .and ultimate evil. 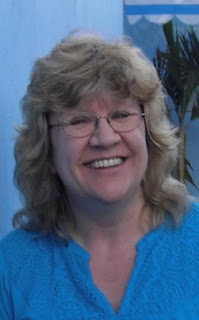 Dani Harper is a newspaper editor turned paranormal author. There isn’t anything she likes better than exploring the supernatural — unless it’s writing sizzling and suspenseful romance. Of course, all of her stories have at least one foot in the netherworld.

A Canadian who spent many years in northern Alberta, Dani now lives on an island in Alaska! She and her husband operate a commercial fishing boat and her stories are written on land or at sea, with the help of her executive secretary, Fiona the Pug.

What:  One commenter will win a signed copy of Dani’s new release, Changeling Dawn, plus a Dani Harper tote bag from Dani!  US and Canadian Mailing Addresses Only.

How:  Leave a comment answering the following question posed by Dani:

Who is your favorite shapeshifter character from a book, movie or TV series?
Please remember - if you don't answer the question your entry will not be counted.

Who and When:  The contest is open to all humans on the planet earth with a US or Canadian mailing address. Contest ends at 11:59pm US Eastern Time on Sunday, January 15, 2011. Void where prohibited by law. No purchase necessary. You must be 18 years old or older to enter.