Published:
Another Dickens mash up is coming in late August - Grave Expectations. 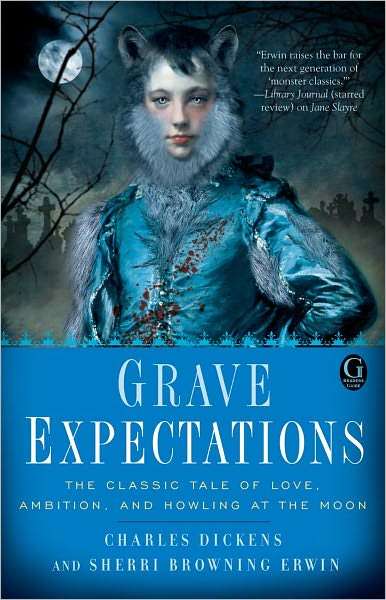 Heaven knows, we need never be ashamed of our wolfish cravings. . . .

Bristly, sensitive, and meat-hungry Pip is a robust young whelp, an orphan born under a full moon. Between hunting escaped convicts alongside zombified soldiers, trying not to become one of the hunted himself, and hiding his hairy hands from the supernaturally beautiful and haughty Estella, whose devilish moods keep him chomping at the bit, Pip is sure he will die penniless or a convict like the rest of his commonly uncommon kind.

But then a mysterious benefactor sends him to London for the finest werewolf education money can buy. In the company of other furry young gentlemen, Pip tempers his violent transformations and devours the secrets of his dark world. When he discovers that his beloved Estella is a slayer of supernatural creatures, trained by the corpse-like vampire Miss Havisham, Pip's desire for her grows stronger than his midnight hunger for rare fresh beef. But can he risk his hide for a truth that will make Estella his forever—or will she drive one last silver stake through his heart?