J.A.:  I can’t write in silence. *laugh* Most authors need quiet to create, but not me. I suppose that comes from having four boisterous kids in the house. Most of the time I have music playing on my PC or background noise as I get to work.

TQ:  What inspired you to write the Rhiannon's Law series?

J.A.:  That’s an interesting question. *smile* I started writing as an outlet to escape my very busy and rather insane life. I’d just finished Crimson Moon, which was intended to be a YA novel. I figured once I got writing out of my system with one book, I’d be done. To my surprise, another character appeared in my head. Unlike the former protagonist I’d created Rhiannon was extremely loud and unapologetic. After a few weeks, I knew she wouldn’t be denied. I told my husband I had an idea for a story about a woman who worked in a strip club as a bartender and saw dead people. He told me, “That sounds nice,” so I sat down and started writing.

TQ:  Why did you set the series in New York?

J.A.:  I’ve never been to New York, so the idea of creating a story there appealed to me. The big city seemed much more gritty than Alabama. In retrospect, it wasn’t the best decision I’ve ever made. I had no idea of the various ways people travel. Thankfully, I had a friend who guided me along my journey. If it wasn’t for him Dead, Undead, or Somewhere in Between wouldn’t have been possible.

TQ:  Without giving anything away, what is/are your favorite scene(s) in Dead, Undead, or Somewhere in Between?

J.A.:  I enjoyed writing several of the scenes with Rhiannon and Disco, especially when they interact in the first few chapters. They are different yet similar. I also enjoyed writing the end scene with the villain. I felt it was a vital part of the story and allows the reader to fully understand why Rhiannon is the way she is.

TQ:  In Dead, Undead, or Somewhere in Between, who was the most difficult character to write and why? The easiest and why?

J.A.:  Rhiannon is always the easiest. She appears in my head even when I don’t want her to. Ironically, Disco is the hardest to write. I’ve heard him once and that’s it.

TQ:  Who should play Rhiannon and Disco if the books become movies?

J.A.:  This question is tough, because I can’t pick anyone for Rhiannon. The closest I’ve come is Sophia Bush. Disco isn’t as difficult. I saw the movie Faster and knew Oliver-Jackson Cohen would be perfect.

TQ:  Is there a playlist for Dead, Undead, or Somewhere in Between and what is it?

At the time, I had my iTunes on random. I listened to a lot of different music, ranging from industrial to old school eighties.

TQ:  How many books are planned for the Rhiannon's Law series?

J.A.:  Right now, I have four books planned. However, I can’t say when Rhiannon’s journey will end. Multiple ideas are running through my head, but I figure she’ll tell me when she’s had enough.

J.A.:  Thanks so much for having me! It’s been a pleasure! 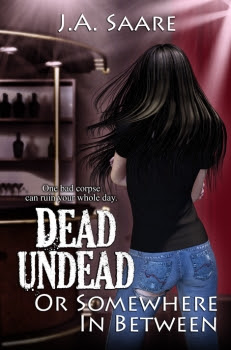 One bad corpse can ruin your whole day.

No one knows that better than Rhiannon Murphy. She’s left behind the flash and sass of Miami for the no-nonsense groove of New York City, eager for a clean slate and a fresh start. A bartender by trade, a loud mouth by choice, and a necromancer by chance, she’s managed to keep her nifty talent hidden from those around her--until now.

The deliciously good-looking vampire Disco knows her secret, and when he strolls into her bar to solicit help investigating the mysterious disappearances of his kind from the city, she discovers he’s not the kind of person that appreciates the significance of the word no. But in a world where vampires peddle their blood as the latest and greatest drug of choice, it’s only a matter of time before the next big thing hits the market. Someone or something is killing vampires to steal their hearts, and unlike Rhiannon, this isn’t their first stroll around the undead block. 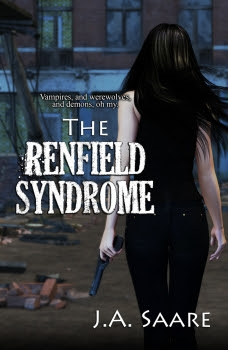 Vampires, and werewolves, and demons, oh my.

Rhiannon thought facing off against a deranged child vampire was the most dangerous task she would ever have to undertake, but she’s about to discover making a deal with a demon is far, far worse. Sent forward into another reality, one in which vampires are now dominating nearly extinct humans, she realizes the sooner she returns to her vampire lover, Disco, the better.

Unfortunately, time changes a lot of things, including those most trusted around her. When she’s faced with a loss and betrayal unlike any she has ever known, her focus shifts from severing the debt between the demon that wants to kill her, to exacting a revenge that will bring forth consequences she never could have fathomed. By reaching out to the darkness lingering within her, she’ll find the strength to push forward despite the circumstances that would see her dead and buried.

After all, when it’s all said and done, all that she has left to lose is her soul. 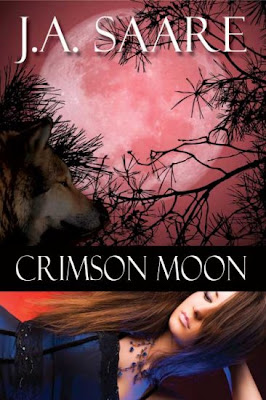 An average morning is what Emma Johnson envisions when she visits Joe’s Café for a steaming cup of coffee. But the world isn't the place she imagined it to be, and neither is she…

After Emma is rescued from a horde of bloodthirsty creatures, she discovers she is the daughter of a powerful Vampire from the House Deviard, her rescuer, Caleb, having been sent to see her safely home. For Caleb is also unique, a werewolf procured to protect the royal Vampiric bloodlines from harm - but nothing more.

Soon, the undeniable connection Emma and Caleb share evolves beyond attraction into something unexpected. When she is forced to make a choice, what path will she take - vampire or wolf?


Check out J.A. Saare's Bookshelf for information about additional books.

J.A. Saare is a multi-published author in varying genres and has written stories featured in horror magazines, zombie romance anthologies, and flash fiction contests. Her work has a notable dark undertone, which she credits to her love of old eighties horror films, tastes in music, and choices in reading, and have been described as “full of sensual promise,” “gritty and sexy,” and “a breath of fresh air.”

Those interested in her "naughtier" side can visit her alias, Aline Hunter, at www.alinehunter.com

What:  One commenter will win an ebook copy of Dead, Undead, or Somewhere in Between generously provided by J.A. Saare.  Winner will have a choice of the following ebook formats: PDF, LIT, PRC, HTML, or EPUB.

Rhiannon is a necromancer. What's your hidden supernatural talent?
Please remember - if you don't answer the question your entry will not be counted.

Who and When: The contest is open to all humans on the planet earth with a mailing address. Contest ends at 11:59pm US Eastern Time on Friday, July 1, 2011. Void where prohibited by law.