The Qwillery | category: Daughters of the Nile

Published:
Today I'm a highlighting an historical fantasy series by Stephanie Dray about Cleopatra Selene, the real daughter of Cleopatra and Mark Antony. I've really enjoyed the first two books in the Cleopatra's Daughter series for their blend of history and magic as well as the strong female main character. Cleopatra Selene is an extremely interesting historical figure. Daughters of the Nile, the 3rd novel in the series, was published yesterday and I can't wait to read it. 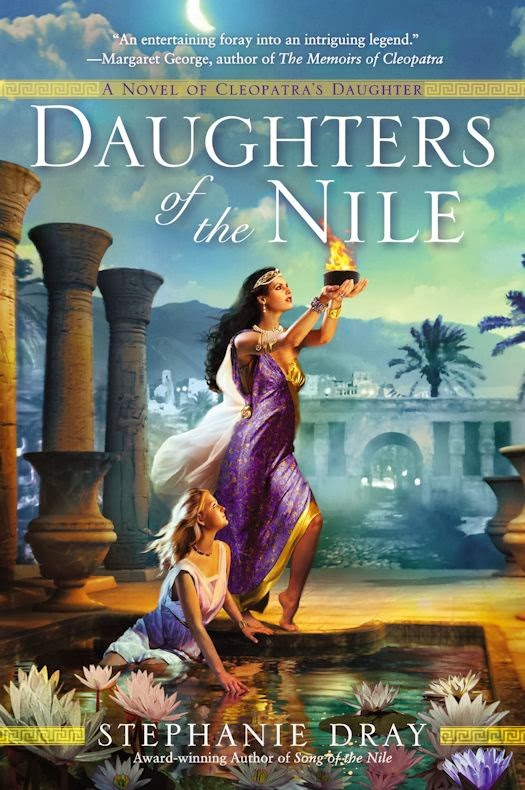 Based on the true story of Cleopatra’s daughter…

After years of abuse as the emperor’s captive in Rome, Cleopatra Selene has found a safe harbor. No longer the pitiful orphaned daughter of the despised Egyptian Whore, the twenty year old is now the most powerful queen in the empire, ruling over the kingdom of Mauretania—an exotic land of enchanting possibility where she intends to revive her dynasty.

With her husband, King Juba II and the magic of Isis that is her birthright, Selene brings prosperity and peace to a kingdom thirsty for both. But when Augustus Caesar jealously demands that Selene’s children be given over to him to be fostered in Rome, she’s drawn back into the web of imperial plots and intrigues that she vowed to leave behind.

Determined and resourceful, Selene must shield her loved ones from the emperor’s wrath, all while vying with ruthless rivals like King Herod. Can she find a way to overcome the threat to her marriage, her kingdom, her family, and her faith? Or will she be the last of her line?

An excerpt from Daughters of the Nile:

Below me, six black Egyptian cobras dance on their tails, swaying. I watch their scaled hoods spread wide like the uraeus on the crown of Egypt. Even from this height, I'm paralyzed by the sight of the asps, their forked tongues flickering out between deadly fangs. I don't notice that I'm gripping the balustrade until my knuckles have gone white, all my effort concentrated upon not swooning and falling to my death.

And I would swoon if I were not so filled with rage. Someone has arranged for this. Someone who knows what haunts me. Someone who wants to send me a message and make this occasion a moment of dread. My husband, the king must know it, for he calls down, "That's enough. We've seen enough of the snake charmer!"

There is commotion below, some upset at having displeased us. Then Chryssa hisses, "Who could think it a good idea to honor the daughter of Cleopatra by coaxing asps from baskets of figs?"

The story the world tells of my mother's suicide is that she cheated the emperor of his conquest by plunging her hand into a basket where a venomous serpent lay in wait. A legend only, some say, for the serpent was never found. But I was there. I brought her that basket. She was the one bitten but the poison lingers in my blood to this day. I can still remember the scent of figs in my nostrils, lush and sweet. The dark god Anubis was embroidered into the woven reeds of the basket, the weight of death heavy in my arms. I can still see my mother reach her hand into that basket, surrendering her life so that her children might go on without her. And I have gone on without her.

I have survived too much to be terrorized by the emperor's agents or whoever else is responsible for this.

If it is a message, a warning from my enemies, I have already allowed them too much of a victory by showing any reaction at all. So I adopt as serene a mask as possible. My daughter blinks her big blue eyes, seeing past my facade. "Are you frightened, Mother? They cannot bite us from there. The snakes are very far away."

I get my legs under me, bitterness on my tongue. "Oh, but they're never far enough away."

Previously in the Cleopatra's Daughter Series 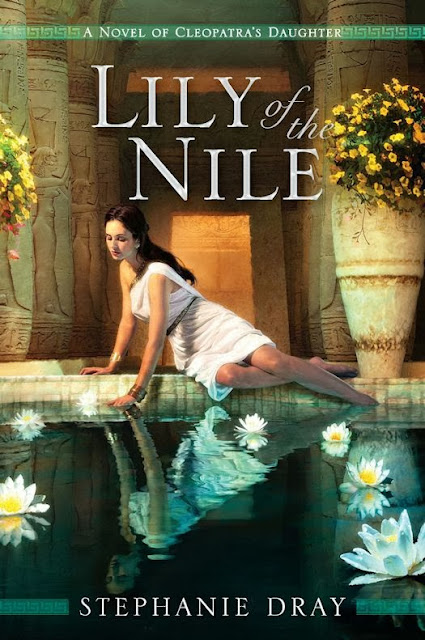 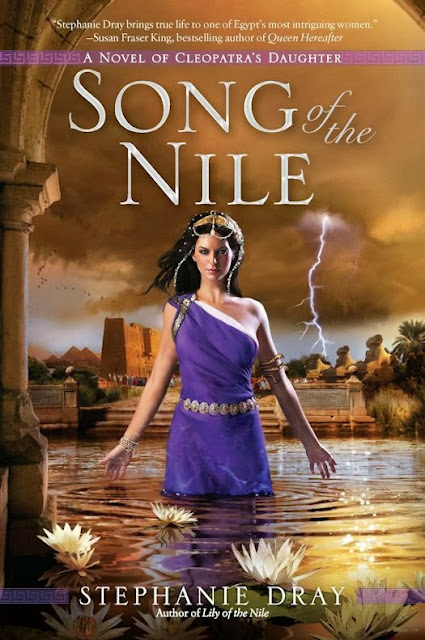 Sorceress. Seductress. Schemer. Cleopatra's daughter is the one woman with the power to destroy an empire...

The magic of Isis flowing through her veins is what makes her indispensable to the emperor. Against a backdrop of imperial politics and religious persecution, Cleopatra's daughter beguiles her way to the very precipice of power. She has never forgotten her birthright, but will the price of her mother's throne be more than she's willing to pay? 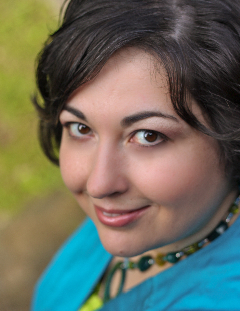 STEPHANIE DRAY is a bestselling, multi-published, award-winning author of historical women’s fiction and fantasy set in the ancient world. Her critically acclaimed historical series about Cleopatra’s daughter has been translated into more than six different languages, was nominated for a RITA Award and won the Golden Leaf. Her focus on Ptolemaic Egypt and Augustan Age Rome has given her a unique perspective on the consequences of Egypt's ancient clash with Rome, both in terms of the still-extant tensions between East and West as well as the worldwide decline of female-oriented religion. Before she wrote novels, Stephanie was a lawyer, a game designer, and a teacher. Now she uses the transformative power of magic realism to illuminate the stories of women in history and inspire the young women of today. She remains fascinated by all things Roman or Egyptian and has-to the consternation of her devoted husband-collected a house full of cats and ancient artifacts.