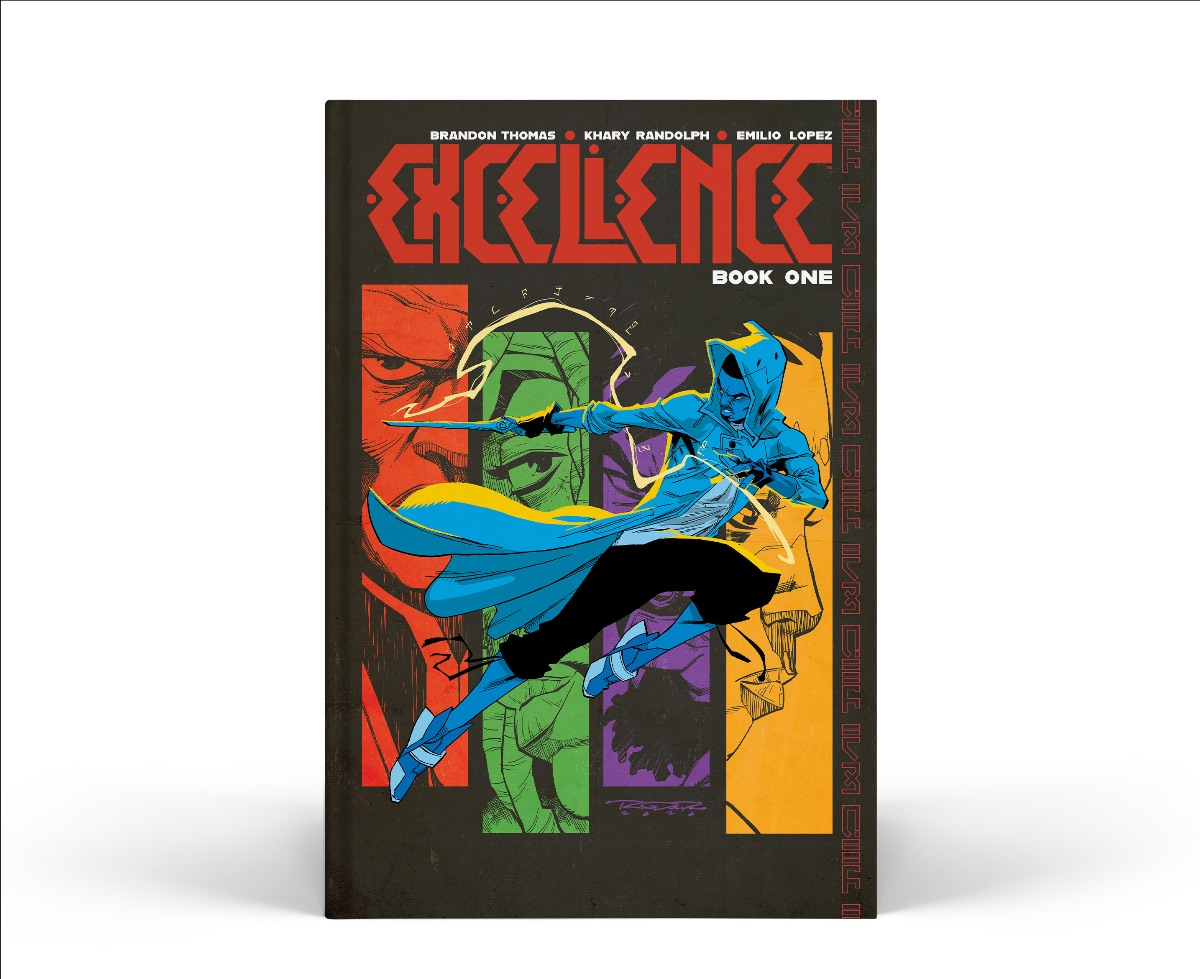 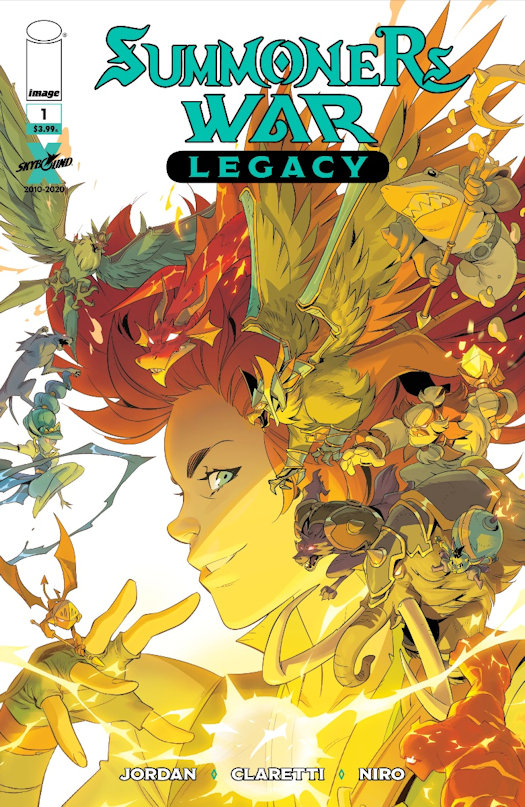 Fans of the game and newcomers alike will have the chance to journey to Alea in this dramatic, action-packed prequel comic book based upon the wildly popular Summoners War mobile game. Summoners War: Legacy comic series is the latest expansion to the Summoners War IP, along with upcoming mobile games Summoners War: Lost Centuria and Summoners War: Chronicles. The variety of expansions is a testament to the game’s success and longevity which proves to be a major tentpole for Com2uS’ gaming portfolio.

In Summoners War: Legacy, Rai knows there’s only one way out of a nothing town—to become a summoner! Armed with a summoning book of monsters, there would be nowhere she couldn’t go, and no adventure she couldn’t have. There’s only one problem: the world is at war and even untrained summoners like Rai must join the fight.

Recruited by Abuus Dein as an apprentice, Rai finds herself thrust into a battle for the fate of the world that none of them expected. Rai must learn there’s a lot more to life than having fun, but can she become the summoner the world needs in time?

Summoners War: Legacy takes place 35 years before the universe-shattering conflict at the mobile game’s center. The comic series features fan-favorite monsters, explores the fate of Durand’s parents, and expands on the mystical land of Alea and its colorful characters including Abuus, Rai, and Tomas. This riveting addition to Summoners War canon brings a rich lore to the franchise and draws new connections to the upcoming Summoners War games and the Summoners War: Sky Arena game that fans know and love.

"Summoners War has created a great world, and it's been amazing fun to grow that world,” said Jordan. “Legacy is a really fun book that will explore places the game has yet to go, and I think it's a damn good adventure too. Luca and Gio have done amazing work with the art, and I can't wait for people to see the book."

Claretti added: “The thing that excited me the most about working on this project, is that even though there was a world already very characterized, deep and alive, I still had great freedom to explore and create ‘our’ vision of the world of Summoners War. And that's not necessarily what you’d expect in this kind of project.”

Summoners War: Legacy #1 will also be available for purchase across many digital platforms, including Amazon Kindle, Apple Books, comiXology, and Google Play. 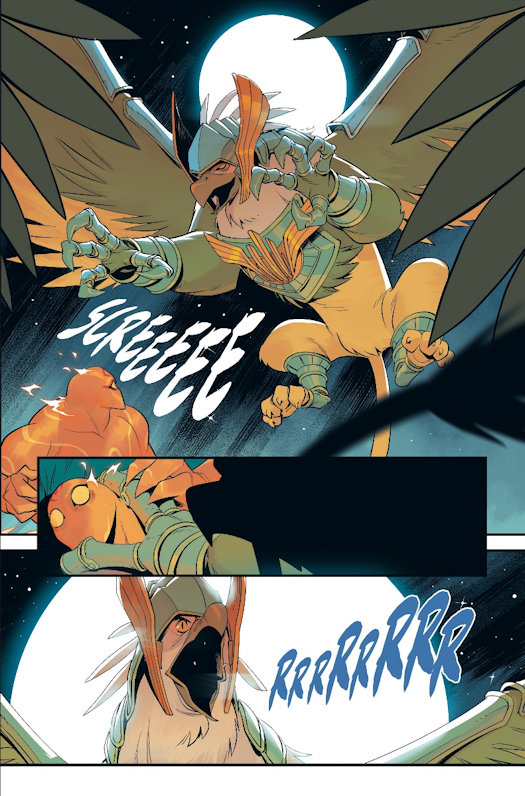 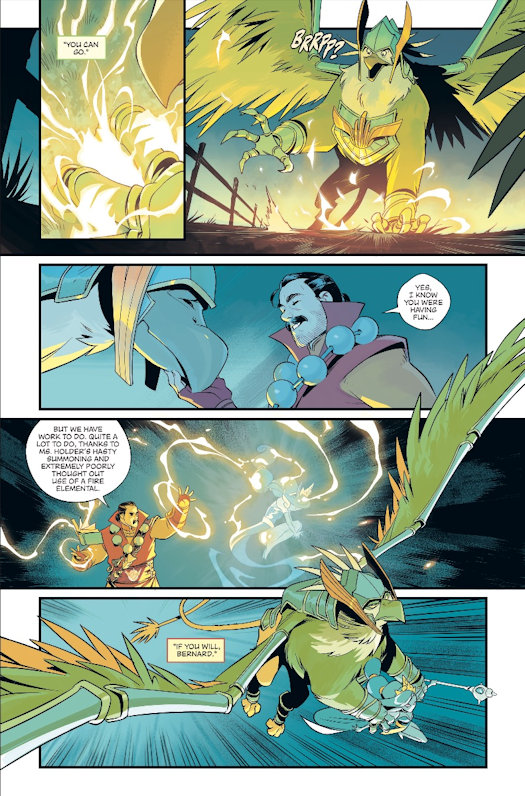 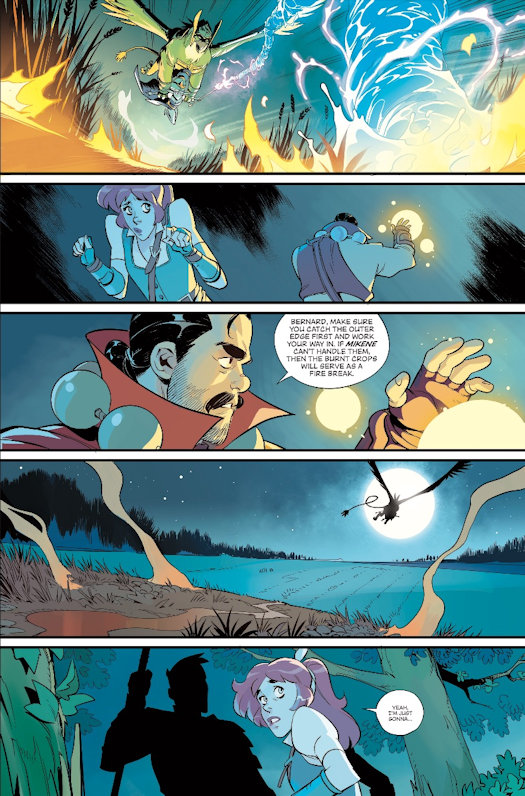 ABOUT SUMMONERS WAR
With over 100 million downloads, Summoners War has ranked #1 grossing in RPG games in 122 countries (App Store) and in 97 countries (Google Play) since its launch in 2014. Featuring over 1,000 monsters and 5 different attributes, Summoners Warprovides a unique RPG gaming experience players are able to enjoy anytime, anywhere. Summoners War also expands outside of the mobile realm with its community focused events, animated shorts, and much more! Follow Summoners Waron Facebook, Instagram, or Twitter to get the latest updates!

In the kingdom of Harbeny, Lady “Poppy” Pyppenia is kept safe by her faithful Sleepless Knight, Cyrenic. But when a new king is crowned, an assassin makes an attempt on her life. As Poppy and Cyrenic work to discover who wants her dead, they must navigate the dangerous waters of life at court—and of their growing feelings for one another.

“SLEEPLESS is the fairy tale I’ve apparently been missing all my life.”
—Amy Reeder

“The world here is lush in character and color—Sallah especially has done a wonderful
job at absolutely saturating Harbeny and its rolling hills and castles with some of the
richest, deepest colors I've seen in a book.” —The Oregonian

“A book that feels like a history that almost was.” —UPROXX

“The manner in which Vaughn has crafted the discourse of the characters makes the
reader feel as if they have peeked into a different world, but one that is very real and
very old. The whole thing feels natural and organic. Along with this is the art of Leila del
Luca and Alissa Sallah, a style that is both soft and crisp with an almost stained glass
like quality to it that lends the whole thing a certain etherealness.” —NJ.com 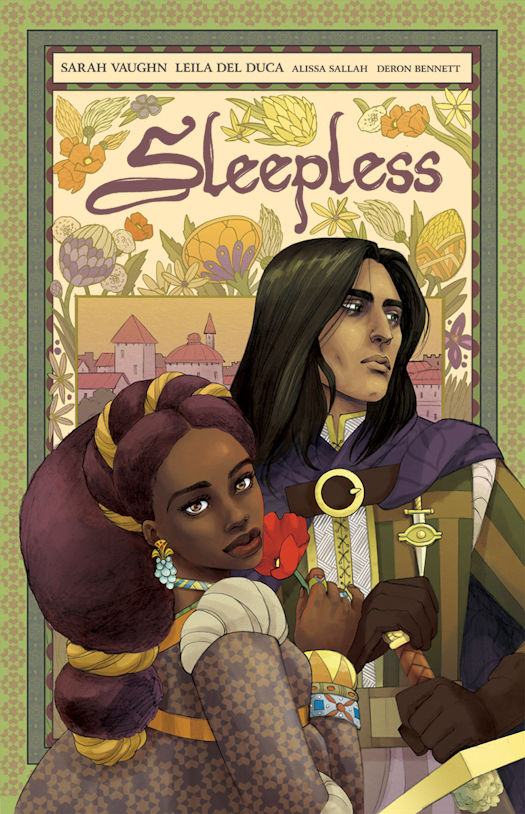