Published:
Please welcome Isabel Cooper to The Qwillery! Lessons After Dark, the second novel in the Englefield series, was published on April 3, 2012.

See, because romance novels are mostly about the relationship between the hero and heroine, I generally start with a decent idea of who they are and what they want. I may find myself developing aspects of them that I didn’t expect, but there isn’t very much about them that comes completely out of nowhere, or that takes a major change in direction from where I think I’m going at the beginning of the story. What I end up having them do is often different; who they are really isn’t.

Secondary characters, on the other hand, are often complete blanks when I’m going in. At most, I have a couple of basic characteristics to develop; sometimes, as with Gillespie in No Proper Lady, I don’t even know that they’re going to appear at all. With Arthur Waite and William Fitzpatrick, two of the major secondary characters in Lessons After Dark, I had a rough idea of them when I started writing: the two oldest boys, troublemakers, one rich and one less so, both on the arrogant-and-sexist side, as per Victorian teenage boys.

I’d expected Arthur to be the villain of the piece, insofar as there is one. He’s older, he’s wealthier, and he starts out making some of the more obnoxiously sexist comments about Olivia. When I started writing, the book was going to involve him getting in considerably more trouble, causing considerably more hardship for his fellow students, and eventually setting in motion the final and more dangerous events of his own free will: not because he was evil or malicious, even then, but because he was arrogant and seventeen and dumb.

Except a couple of things happened. First of all, Arthur kept getting smacked down as the book progressed, to the point where I really couldn’t believe that he wouldn’t learn better. (I know—people don’t. But I’m far, far less cynical as a writer than I am as a human being.) And the qualities that I intended to make him just-not-villainous contributed to the notion that he could, and should, get over himself by about midway through the book.

At the same time, William, who had been more of a cipher when I started out, started showing some of his own issues: again, nothing overtly evil, but the sort of thing that would lead him to test boundaries and try to prove himself. I realized (with considerable help from my editor, Leah) that the story needed a somewhat more otherworldly force to really tie the plot together. And finally, the more I wrote about Englefield and the kids there, the more I remembered what it was like for me to be a teenager, saying and doing things I totally meant at the time and regretted like hell about six weeks later.

So William gained a somewhat more troubled personality; Arthur went from a proto-Chuck-Bass-style jerk to a kid who gets in over his head and (sort of) gains the good sense to realize it; and Olivia and Gareth ended up joining forces to deal with a far more supernatural opponent.

I’m rather fond of this kind of surprise.


About the Englefield series 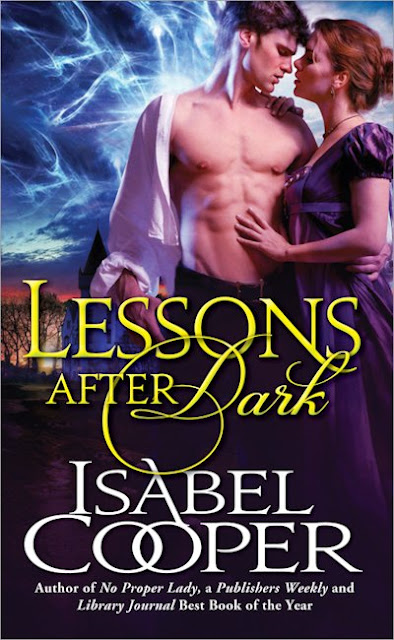 A woman with an unspeakable past…
Olivia Brightmore didn't know what to expect when she took a position to teach at Englefield School, an academy for "gifted" children. But it wasn't having to rescue a young girl who levitated to the ceiling. Or battling a dark mystery in the surrounding woods. And nothing could have prepared her for Dr. Gareth St. John...

A man with exceptional talent…
He knew all about her history and scrutinized her every move because of it. But there was more than suspicion lurking in those luscious green eyes. Even with all the strange occurrences at the school, the most unsettling of all is the attraction pulling Olivia and Gareth together with a force that cannot be denied. 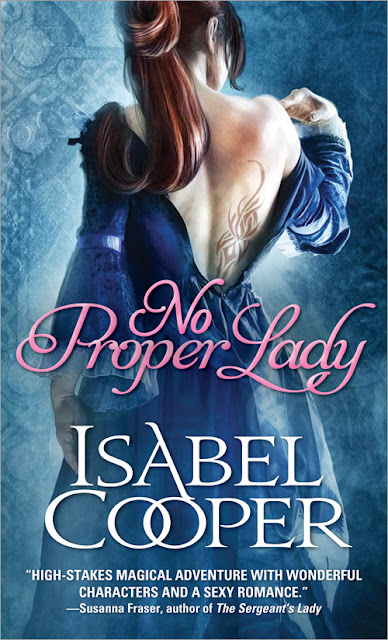 When a half-naked woman suddenly appears on his country estate, Simon Grenville doesn't have time to be shocked. Demonic beasts are hot on his heels until the beautiful stranger unsheathes several knives strapped to her skin-tight trousers and kills them. As he stares at her fierce, heart-stopping face, Simon knows he's in a hell of a lot of trouble…

Joan is from a time where demons run rampant and humanity is fighting for its existence. To prevent this terrible future, she is sent back to Victorian England to kill the magician responsible for unleashing the dark forces. But Joan is a soldier more used to sparring than dancing. To get close to her target, she'll need Simon to teach her how to fit into polite society. Joan doesn't mind practicing proper flirtation on Simon, but she can't allow herself to be distracted by his gentle hands or devilish smile—the very future depends on it. 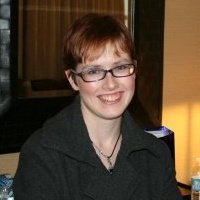 Critically acclaimed author Isabel Cooper lives in Boston with her boyfriend and a houseplant she’s kept alive for over a year now. She maintains her guise as a mild-mannered project manager working in legal publishing; all the while, she’s writing dark, edgy and magical romance novels. Her debut novel, No Proper Lady, was named a 2011 Publishers Weekly Best Book of the Year in the romance category, a 2011 Library Journal Best Romance of the Year and received an RT Book Reviews Seal of Excellence for the month of September 2011. For more information, please visit http://www.isabelcooper.org.

What:  Two commenters will each win a copy of Lessons After Dark (Englefield 2) from The Qwillery.

Who and When:  The contest is open to all humans on the planet earth with a mailing address. Contest ends at 11:59pm US Eastern Time on Sunday, May 6, 2012. Void where prohibited by law. No purchase necessary. You must be 18 years old or older to enter.