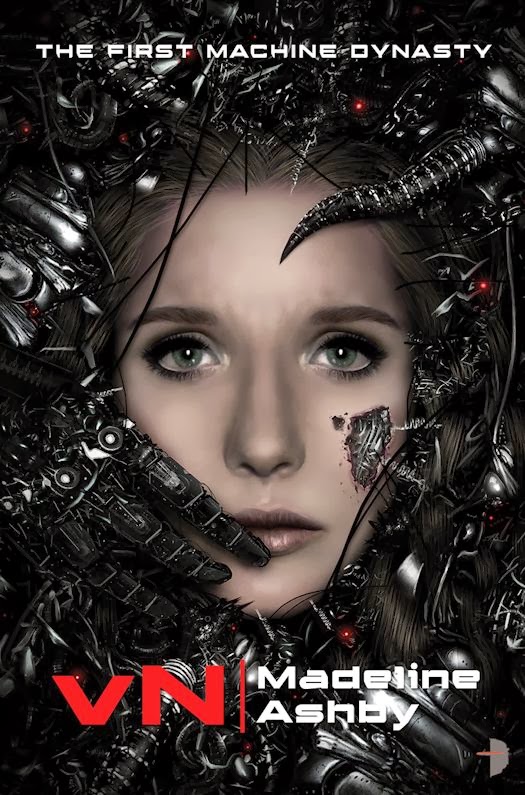 For the past five years, she has been grown slowly as part of a mixed organic/synthetic family. She knows very little about her android mother’s past, so when her grandmother arrives and attacks her mother, little Amy wastes no time: she eats her alive.

Now she carries her malfunctioning granny as a partition on her memory drive, and she’s learning impossible things about her clade’s history – like the fact that the failsafe that stops all robots from harming humans has failed… Which means that everyone wants a piece of her, some to use her as a weapon, others to destroy her. 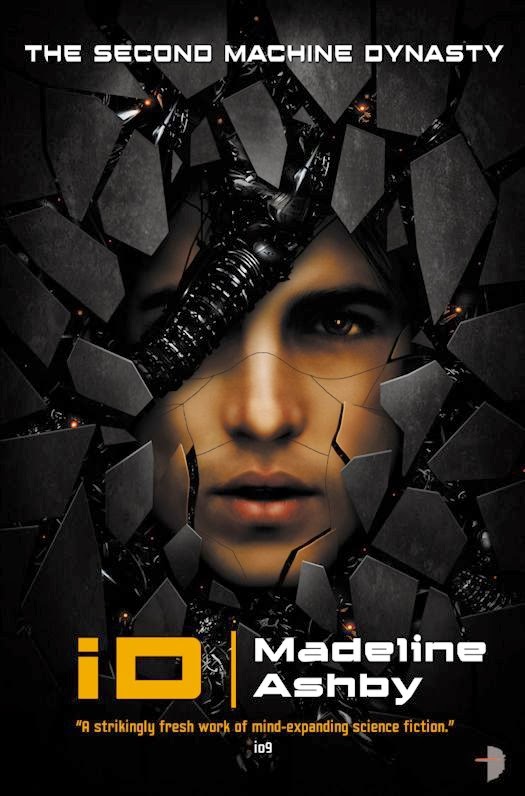 I decided to review the first two books of The First Machine Dynasty, vN and iD, together as I read them back to back. I thought I better get my thoughts down while they were still fresh in my mind and before I read too many books in between.

vN tells the story of Amy who is a human in almost every way but for that the fact she isn't human. She is a von Neumann robot (vN) that can do almost anything a human can do, even replicate. When we first meet Amy she is just a 5 year old girl, in a loving home with a human father and a vN mother. Amy's parents have been starving her so that she remains as a child so that she can experience life as any other child would. It is possible in Ashby's technologically advanced world to maintain the age/size of a vN by carefully controlling their special robotic diet. But Amy isn't just a normal 5 year old. At her kindergarten graduation her psychotic grandmother shows up to try to kill Amy's mother. In order to save her mother Amy ends up eating her grandmother and in the process immediately grows to adult size. The experience leaves her with part of her grandmother inside her brain and pyscho granny isn't happy on the sidelines. Amy finds herself on the run after Granny Portia going on a killing rampage. Portia managed to break the failsafe that stops vNs from harming humans and now Amy has inherited this dysfunction. Everyone wants her captured before she contaminates any other VN. Its not long before Amy finds a saviour in another vN, Javier and together they look for somewhere, anywhere they can be free.

iD is Javier's story and he is on a mission...a mission to find Amy. Without giving too much away Javier makes a grave mistake which harms Amy and he is desperate to make things right. His journey takes him up and down the country, as well as, in and out of danger. We learn more about the vN and the failsafe throughout Javier's travels which gives you a better insight into them and how humanity have been treating this robotic race.

So, what did I think? I think Ashby has created an interesting race with the vN robots and the world that they live in. I can't say that I enjoyed reading either book however. Ashby is fearless in her portrayal of paedophiles who have created their own religion and who own vN that they starve to keep them as children...for obvious reasons. The failsafe kept the young vN from fighting back and therefore, they live in a state of perpetual abuse. The fact that this was known and accepted by the rest of humanity was a bit of a hard pill to swallow and made the books, especially iD, difficult to read. The children weren't the only ones to be abused as even as adults the vN suffer at the hands of humanity which relies heavily on the failsafe which protects them and allows them to treat the vN however they wish.

I thought that both books jumped around too much with both Amy and Javier being rescued at the last minute time and time again. Also, there were whole scenes where I wasn't entirely sure what was going on. On the rare occasion that this happens I will go back and re-read but in the case of these books I couldn't quite face it. I made the assumption that Ashby would clear everything up by the end but this wasn't always the case. I will be the first to admit that I am not the biggest fan of science fiction (books not movies or TV) but there are a few exceptions. Unfortunately, this wasn't the case for Ashby's, First Machine Dynasty. I can't really stomach the paedophilia theme which was prevalent throughout both novels, even if some of them get their comeuppance in the end. This series is dark and violent and not exactly what I was expecting. Perhaps, had there been a slightly more cohesive plot then I may have enjoyed them more.  If you are a big science fiction fan then don't be put off by this review as you may miss out on your new favourite series even though it was not my cup of tea.