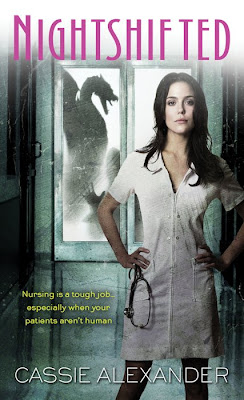 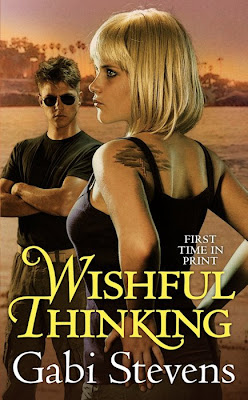 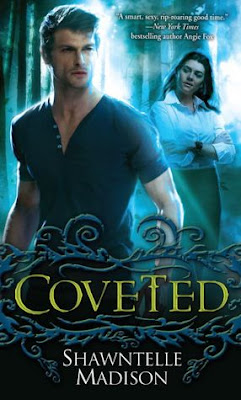 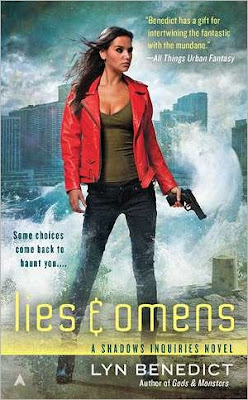 Published:
Please welcome Gabi Stevens to The Qwillery. Wishful Thinking, the third novel in the Time of Transition series, is out today! Happy Release Day to Gabi!

Updating the Fairy Godmother for the 21st Century
Taking a familiar trope and reimagining it is one of my favorite ways to find writing inspiration. What if you take an old western and put it in space? You get the original Star Wars. What if you take a Jane Austen novel and set it in modern day? You get Clueless. When it came time for me to write a new series, I looked to the fairy tales and decided to reimagine one element: the fairy godmother.

We’re familiar with these ladies. We’ve wished on candles or stars or dandelions. We’ve read the Grimm’s Fairy Tales. We’ve seen Cinderella or Sleeping Beauty or Shrek. The fairy godmothers in these stories are from a different world—the past. But what happens in the modern world? What would fairy godmothers do in today’s world? We’ve invented so much real magic—iPhones (don’t have one yet; maybe I should make a wish), televisions, airplanes—that give us the capacity to travel, talk to our loved ones over distance, see stories. And, yes, that is a sort of magic if you think about it. As we get older, reality challenges our capacity to believe in the solidity of rainbows, or the possibilities of wishes, or the power of dreaming. So what role would a fairy godmother play in today’s world?

In my novel Wishful Thinking, I have created a world where the role of the fairy godmother is slightly different from the one in the stories and films we’re familiar with. Oh, they still grant wishes, mostly to children, but their main purpose is to protect the boundary between the magical and non-magical worlds. Imagine if the magical world existed. Do you think we non-magicals would ever leave them alone? Most of us would be polite, but too many of us would demand favors or spells. In my world, magic costs energy. Use too much, and an Arcani (that’s someone with magic) might die. I’m also sure not all of us would welcome people with powers. Look at our history of witch hunts and our portrayals of witches in the past. Lest you think the bad relations would be all one sided, many in the Arcani world might believe they were superior to mere Groundlings and seek to enslave them.

So my fairy godmothers live between worlds, providing enough magic to distract the Groundlings from seeking out the Arcani and also having special abilities to prevent Arcani from hurting the Groundlings. They have no powers for the first twenty-seven years of their lives, so they understand how Groundlings think and live.

And the women themselves? Well, they’re modern, intelligent women, who learn to balance family and work. They fall in love, face problems, and make decisions that can affect multitudes.

Because I didn’t make it easy for my heroine. Stormy Jones-Smythe is a free-spirited woman before she discovers she’s a fairy godmother. Now the Arcani Council has assigned a Guard to protect her and keep her from joining two other fairy godmothers who have gone rogue. Hunter Merrick is a top member of the Guard. He’s sworn an oath to Council, but Stormy’s exuberance has charmed him. Unfortunately trouble has arrived, and Stormy has to decide whether to follow the Council or her heart, and Hunter must choose between Stormy and his oath. And for both, the cost of the decision is immense.

I hope you’ll check out my take on fairy godmothers in Wishful Thinking and in my two previous novels, The Wish List and As You Wish.

Now tell me: what magic have you found in your life?


About Time of Transition 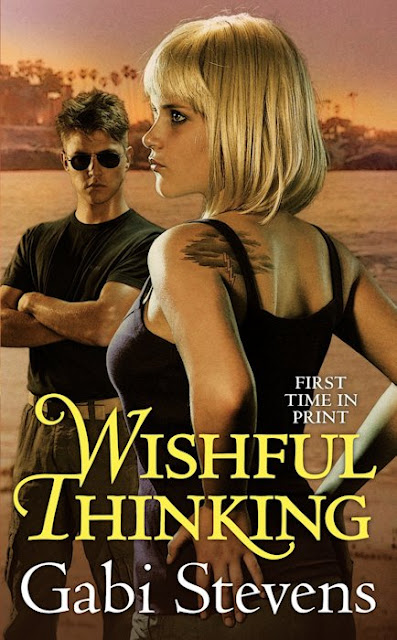 Free-spirited artist Stormy Jones-Smythe was raised by two talented Wizard fathers but never showed the slightest hint of magical abilities. Which is why she’s totally surprised when three famous fairy godmothers show up at her door to tell her she’s one of them.

Surprised, and none too happy. The godmothers are fugitives, framed for treason, and the last thing the magical Council wants is another fairy godmother going rogue. Hence Stormy’s new full-time Guard, Hunter Merrick.

Stormy quickly realizes she’s not going to escape Hunter’s watch…and before long, she’s not sure she wants to. But her freedom depends on her ability to expose the plot against the godmothers, and that means getting control of her magic. Despite the growing chemistry between them, Hunter is fiercely loyal to the Council—and duty-bound to keep Stormy from doing either of those things.

But he didn’t count on Stormy’s irrepressible exuberance and passion for life. Before long, even Hunter isn’t sure which side he’s on, and he can’t contain Stormy either way. 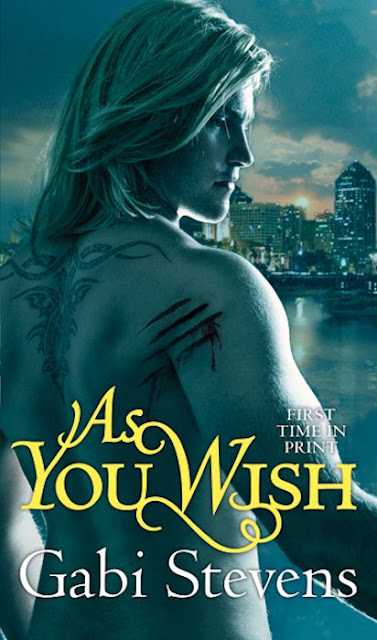 Born into a magical family, Reggie Scott is content to live out her life as a normal human until the moment she’s informed that she’s a newly appointed fairy godmother. Left struggling to deal with powers the never thought she’d have, Reggie faces a curse, a plot to overthrow the Arcani, and an entirely too enthusiastic mother—all in a matter of days.

Jonathan Bastion is a man of power and wealth—and a dangerous secret. He desperately hopes that Reggie's new powers will hold the answer to his problem and he isn't above using her to achieve his goals. What he doesn't expect is how much Reggie will affect him. Her honor, her honesty, and her strength quickly make cracks in his ruthless exterior.

As danger from the Arcani swirls around them both, Jonathan realizes that what was once a ploy to get Reggie to assist him has become a battle to keep her safe and protected…in his arms. 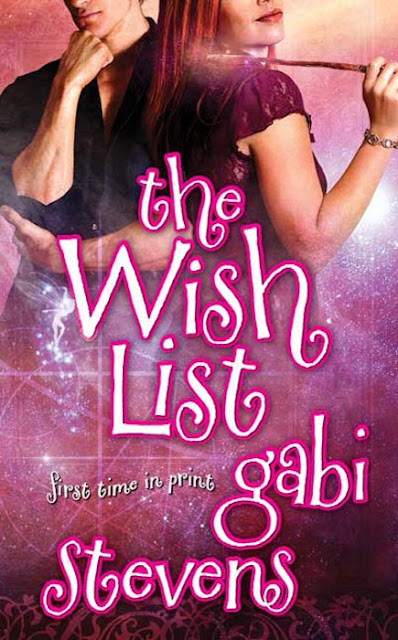 Kristin Montgomery is more than a little shocked when her aunts inform her they’re fairy godmothers. Worse, after dropping that bombshell they hand her a wand and head off on a world cruise. Now Kristin’s uncomplicated life as a CPA in San Diego has disappeared like magic and she not only has to deal with her burgeoning magical powers, but also a reluctant—and distractingly sexy—magical arbiter.

Tennyson Ritter is a historian. A scholar by choice, he is yanked from his studies to act as arbiter for the newly chosen fairy godmother. He doesn’t want to waste his time with a woman who doesn’t know anything about magic or the magical world, but soon the beguiling Kristin draws him away from his books and into her life.

But before Kristin can hone her skills and pass the tests necessary to fully claim her powers, she and Tennyson must work together to defend the world – both magical and human – against those that would claim her powers for their own. 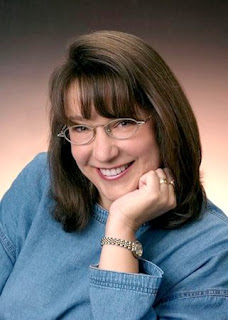 Gabi Stevens has neither a magic wand nor magical powers, but she still finds the magic in life with her husband, three daughters, two dogs, and writing stories that make you smile, laugh, and cheer. She lives in the Land of Enchantment (that’s New Mexico), but you can find her on the web at ww.GabiStevens.com, www.GabiStevens.blogspot.com, at Facebook, http://facebook.com/gabi.stevens, or on Twitter.

Discover the magic:
THE WISH LIST
AS YOU WISH
WISHFUL THINKING

What:  One commenter will win a Mass Market Paperback copy of Wishful Thinking (Time of Transition 3) from The Qwillery.

What magic have you found in your life?
Please remember - if you don't answer the question your entry will not be counted.

Who and When:  The contest is open to all humans on the planet earth with a mailing address. Contest ends at 11:59pm US Eastern Time on Tuesday, May 1, 2012. Void where prohibited by law. No purchase necessary. You must be 18 years old or older to enter.

Published:
Happy April 23, 2012. On this day in history King Brian of Ireland was murdered by Vikings (1014) and William Shakespeare was born (1564). See if you can weave these fun historical facts into conversation today! [Facts courtesy of History.com]

Tuesday -  Guest Blog by Gabi Stevens - Updating the Fairy Godmother for the 21st Century. Gabi's most recent novel, Wishful Thinking (Time of Transition Trilogy 3), will be published on April 24, 2012.


Saturday - Guest Blog by Erin Kellison. Shadow Play (an eNovella) will be published on April 24, 2012.


And because of the large number of books out this week - a book shopping list in PDF format may be found by clicking HERE. Click "File" on the left and then "Print (PDF).