Published:
Please welcome Kenny Soward to The Qwillery with an excerpt from Tinkermage. In this excerpt we are introduced to Stena Wavebreaker. Tinkermage, the second book in the GnomeSaga, was published on December 1st by Ragnarok Publications. 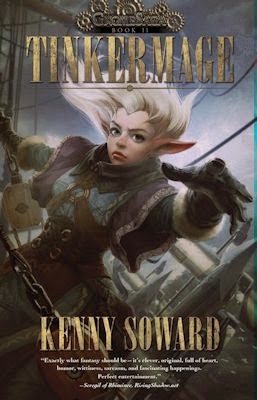 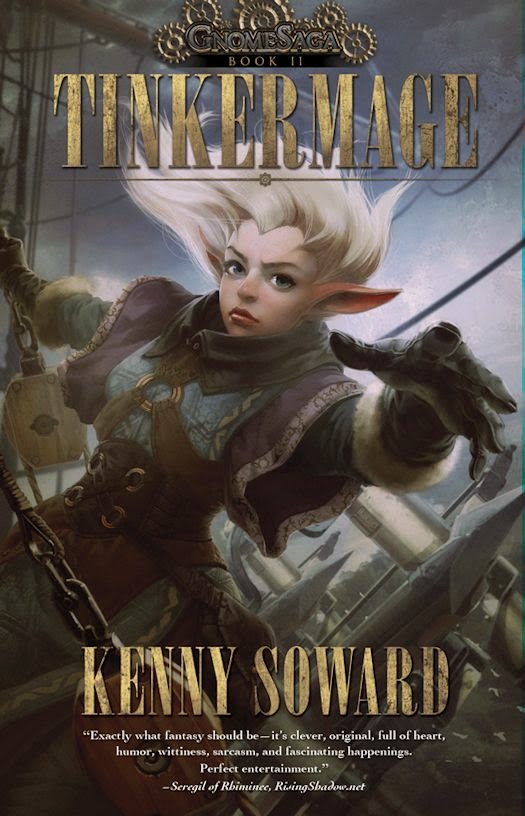 THE ENEMY EXPOSED. Nikselpik Nur has become the city of Hightower’s staunchest—albeit unwilling—ally. He’s hardly learned to cope with his debilitating bugging addiction, much less take on the duties of being the city’s First Wizard. Can he embrace this new path? And will he?

Meanwhile, Stena Wavebreaker is pulled from her seafaring duties by the Precisor General and given command of a raggedy airship to scout the ultraworldly enemy from the perilous skies above the Southern Reaches. Her mission: gain the support of the unpredictable ‘swamp elves,’ the Giyipcias.

Lastly, Niksabella Nur has set off from Hightower at the behest of the grim stonekin leader, Jontuk. The gnomestress must unlock the full potential of her invention, the recursive mirror, and her own powers, to bear what might be the heaviest burden of all. What will she discover along the way? And will Jontuk be able to keep her alive long enough to save them all?

This is GnomeSaga Book Two.

A full-color PDF map of Sullenor, the GnomeSaga setting, is available to download here at Ragnarok Publications. 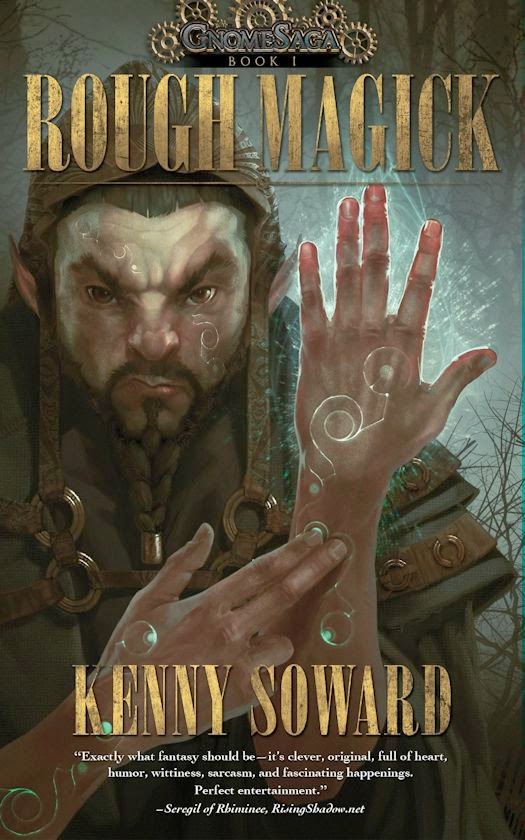 NIKSABELLA the gnome has tinkered in the shadows for years, developing an invention that might change the world—even if she doesn’t know it. She has few friends and even fewer allies in Hightower, where social and academic status is crucial.

Her brother, NIKSELPIK, is an obstinate wizard who drinks heavily, sings dirty songs, and makes unmannerly passes at gnomestresses. A dark addiction consumes him, giving him increased power while also pushing him closer to death.

Dark, otherworldy creatures, foreign to the lands of SULLENOR, have suddenly appeared, making chaos wherever they go. In the wake of this, Niksabella must fight to protect her life and her invention, while Nikselpik engages the enemy as an unlikely counselor to Hightower’s military elite.< Will the gnomish siblings find their true powers together, or perish apart? And will they overcome the wounds of their childhood before it's too late? 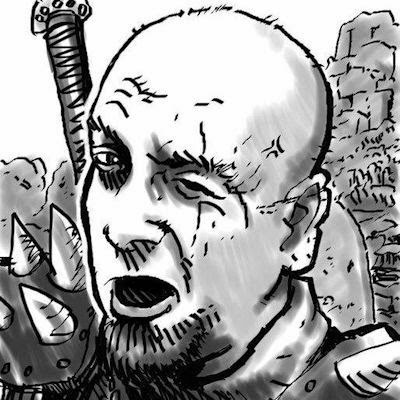 Kenny Soward grew up in Crescent Park, Kentucky, a small suburb just south of Cincinnati, Ohio, listening to hard rock and playing outdoors. In those quiet 1970's streets, he jumped bikes, played Nerf football, and acquired many a childhood scar.

Kenny's love for books flourished early, a habit passed down to him by his uncles. He burned through his grade school library, and in high school spent many days in detention for reading fantasy fiction during class.

The transition to author was a natural one for Kenny. His sixth grade teacher encouraged him to start a journal, and he later began jotting down pieces of stories, mostly the outcomes of D&D gaming sessions. At the University of Kentucky, Kenny took creative writing classes under Gurny Norman, former Kentucky Poet Laureate and author of Divine Rights Trip (1971).

By day, Kenny works as a Unix professional, and at night he writes and sips bourbon. Kenny lives in Independence, Kentucky, with three cats and a gal who thinks she's a cat.