Published:
It's time for the 2014 Debut Author Challenge Cover Wars for September 2014!

I'm using PollCode for this vote. After you the check the circle next to your favorite, click "Vote" to record your vote. If you'd like to see the real-time results click "View". This will take you to the PollCode site where you may see the results. If you want to come back to The Qwillery click "Back" and you will return to this page. Voting will end sometime on September 24, 2014. 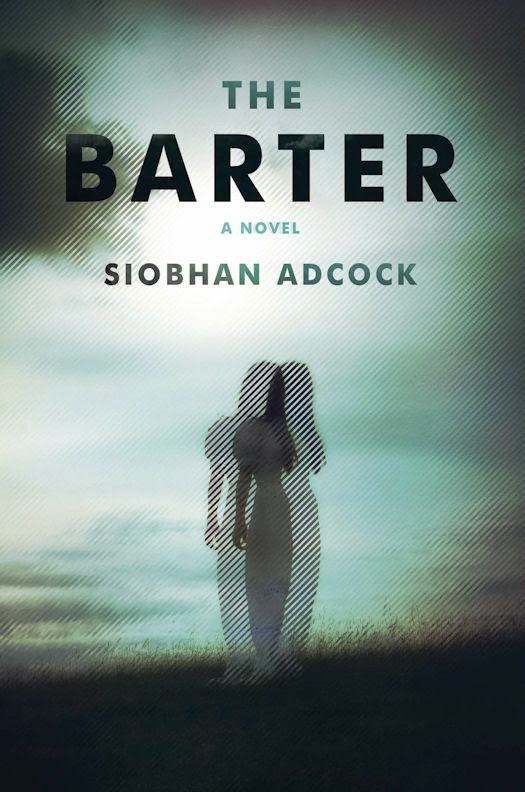 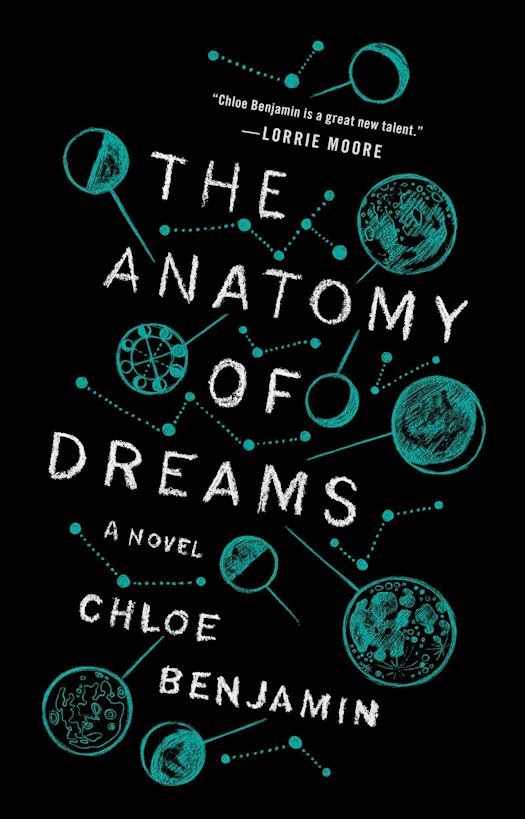 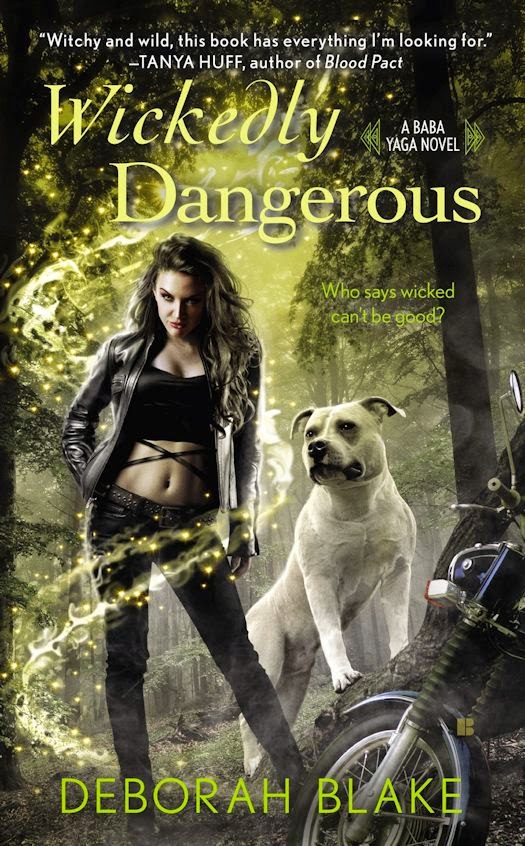 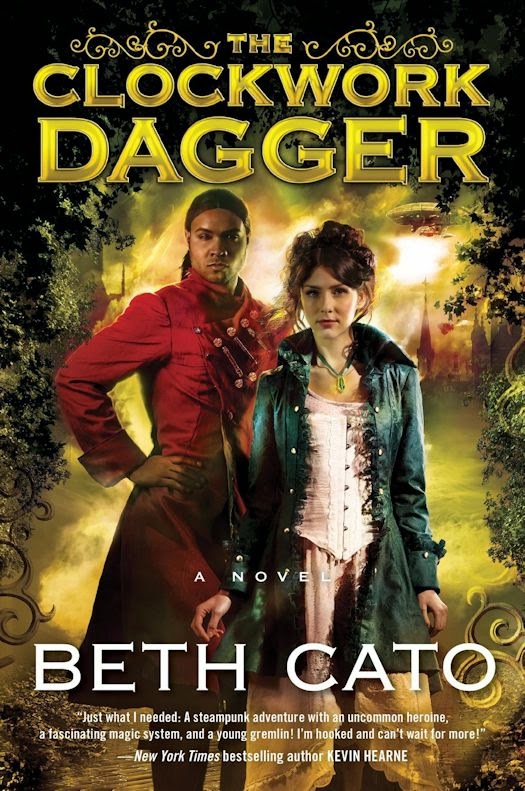 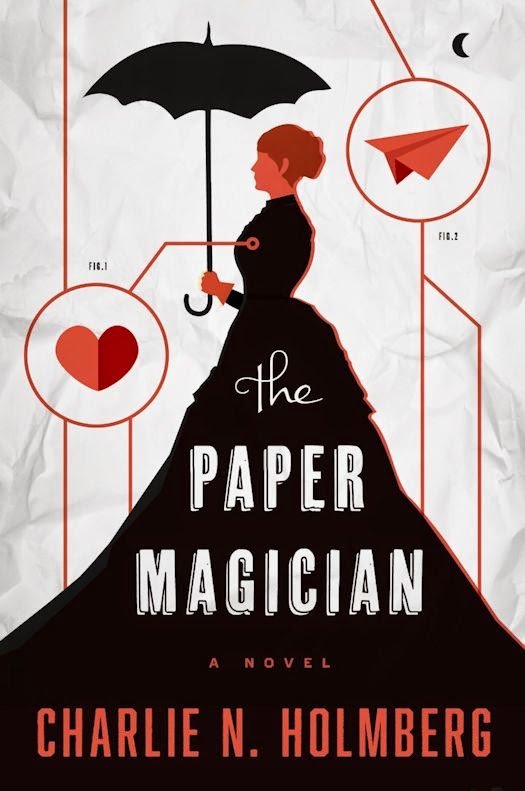 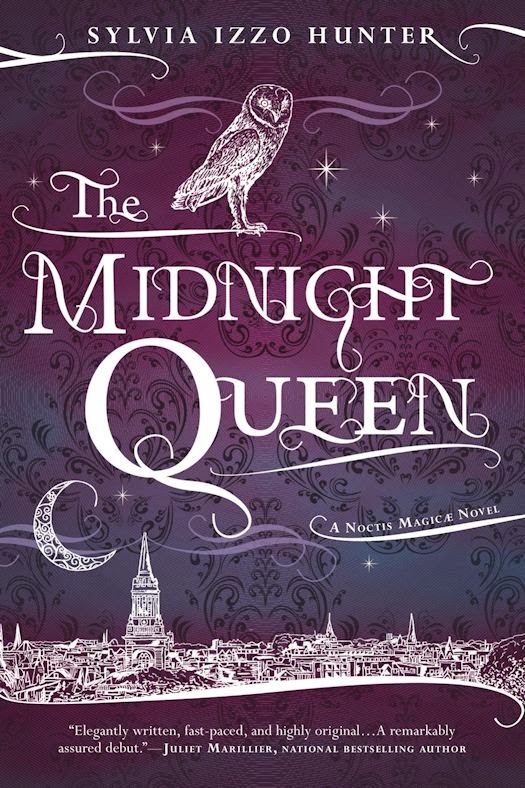 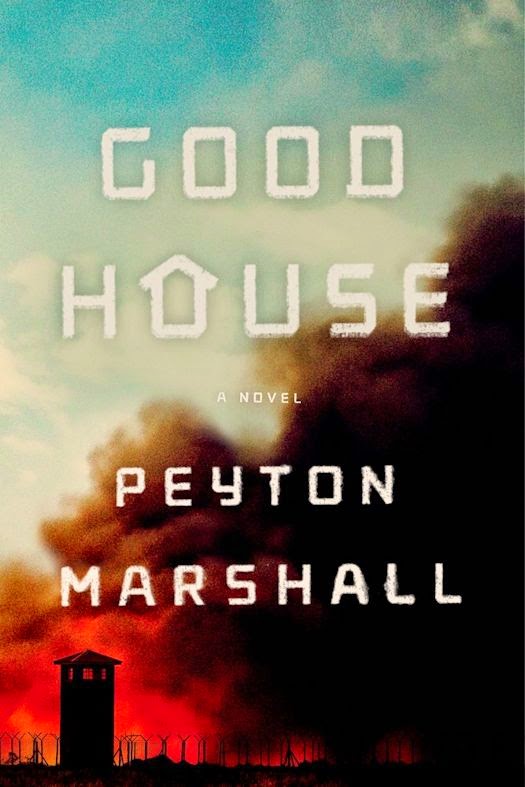 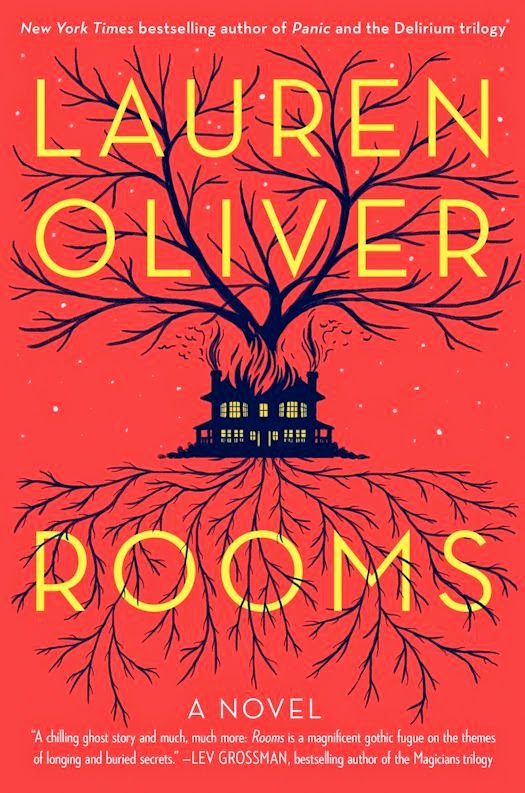 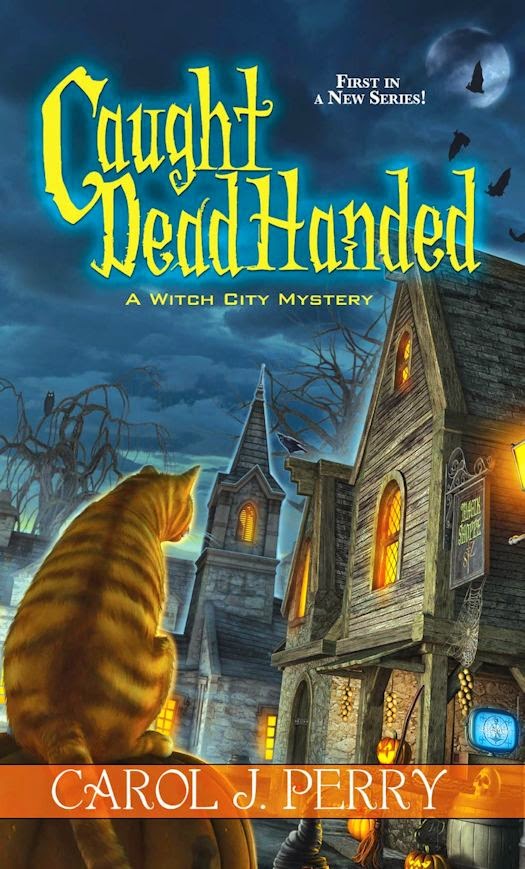 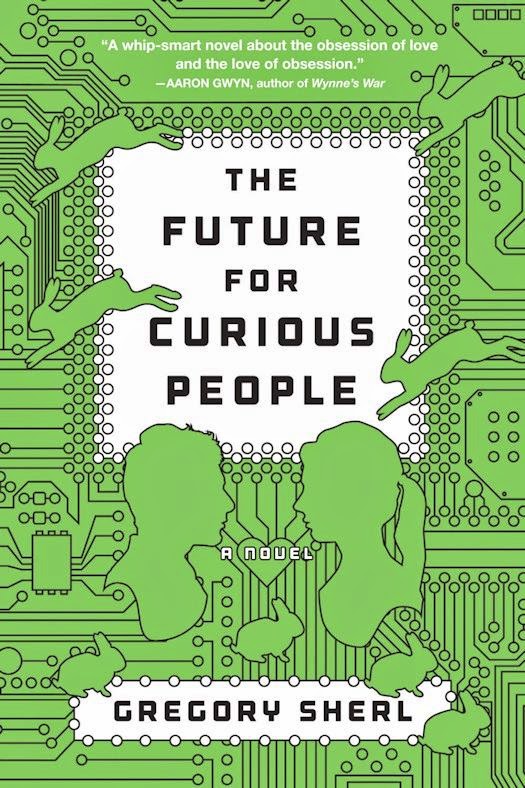 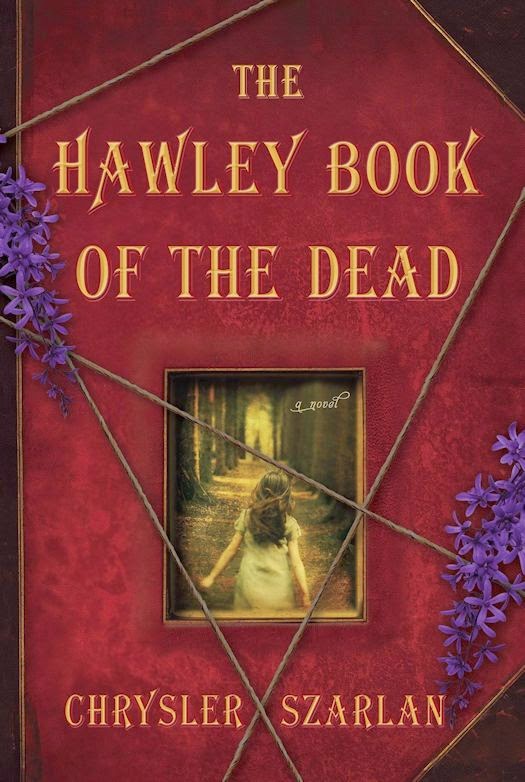 Published:
Please welcome Gregory Sherl to The Qwillery as part of the 2014 Debut Author Challenge Interviews. The Future for Curious People was published on September 2, 2014 by Algonquin Books. 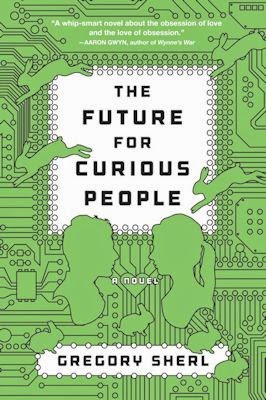 Gregory:  I began writing (with the realization that I was writing) when I was nineteen. I had dropped out of college and moved back home. My life was directionless. I got a job at Starbucks, which was terrible—I couldn’t handle the stress of making people’s drinks. I was always so worried about screwing up an order for a caramel macchiato or a latte, which often happened. (Pathetic, I know.) At the time I was searching—a theme that can be found through most of my writing—for anything. A purpose to go back to school; something to attach my name to. A couple months after dropping out of college, I visited my old high school English teacher. I asked her what I should do with my life. She said two words. She said, “Go write.”

I have ever since.

Gregory:  Is there something in between? I’ll call myself a desperate—if I’ve got an idea, all the better; if not, I’ll take whatever my mind will give me at the time.

TQ:  What is the most challenging thing for you about writing? How has being a poet influenced your prose writing?

Gregory:  The most challenging thing lately has been finding the time to write. When I was working on The Future for Curious People, all I had was time. But lately, I’m finding that I don’t have enough time. This is new for me (but then again, so is growing up).

I was focusing solely on poetry for about three years before diving into The Future for Curious People. I’m glad you asked me this question because I’ve thought about it a lot. I was a fiction writer before I was a poet, but devoting all of my writing to poetry for so long had a huge effect on my prose writing. For one, I had forgotten how to write a scene. I was used to writing a poem—a page or two in length that would be a singular self-contained piece of work. Scenes involved so much more. They involved scenes that led to other scenes that led to other scenes. They had to fit together, this puzzle of sorts. The upside of working solely on poetry before starting on the novel was that it allowed me to strengthen my voice, the language that went into my sentences, into my scenes. This translated into my prose.

TQ:   Describe The Future For Curious People in 140 characters or less.

Gregory:  Where love dies and then is found and almost dies again. Also, bunnies, swim lessons on benches, and the Babymakers.

What Lloyd Dobler would read if he wasn’t too busy holding up a boombox.

TQ:  Tell us something about The Future For Curious People that is not in the book description.

Gregory:  Doing abstract art as a form of couple’s therapy is not a good way to fix a relationship.

TQ:  What inspired you to write The Future For Curious People?

Gregory:  First, I should mention the collaboration process that went into writing The Future for Curious People. (There's an author's note in the back of the novel explaining this.) The original idea for The Future for Curious People came from Julianna Baggott—a bestselling novelist and poet who has published more books than I have fingers or toes. I met Julianna as an undergraduate at Florida State University. I took her fiction workshop and then I took her fiction workshop again and in these workshops is where I began developing as a writer. Julianna has been a mentor ever since.

At the time I started working on the novel, I was an Adjunct English Instructor at a community college by my parents' house. I had moved back home at twenty-seven, after dropping out of graduate school. (Insert more of that searching theme here.) When Julianna approached me about the book, it was one of those aha! moments. I was concerned about my own future, or lack of one. The struggles of the characters in the novel were the same struggles I was dealing with myself. I grew excited with possibilities. What if this was true? What if we really could see our futures? What if we knew we were destined to be alone? What if we knew if we’d ever find out what happiness was? What the hell is happiness? I had to be a part of it.

TQ:  What sort of research did you do for The Future For Curious People?

Gregory:  There's a scene about halfway through the book where Godfrey wanders into a convenience store. He's looking to get drunk and bold, but he left his wallet at home and, because of circumstances, going home to retrieve his wallet just isn’t an option. But Godfrey finds thirteen dollars balled up in a pocket of his pants. The novel takes place during a Baltimore winter, so I decided he should be drinking whiskey, but I’m not a big drinker, and know very little about whiskey. What could Godfrey buy with thirteen dollars? Well, the Internet told me, a bottle of Evan Williams, which the Internet reassured me, cost a cool $11.99.

TQ:  In The Future For Curious People who was the easiest character to write and why? The hardest and why?

Gregory:  The easiest was probably Adam Greenberg, a patron of the library that Evelyn and Dot work at. An aficionado of sweater vests and maybe prescription glasses. I imagined what a love child of Weezer’s Rivers Cuomo and my best friend, who the character is named after, would look like.

The most difficult character had to be Evelyn Shriner. Before The Future for Curious People, I had never written in a woman’s voice. I was hesitant, and Evelyn’s chapters took much longer to write than Godfrey’s—the novel alternates points of view between the two characters—but the challenge was half the fun.

TQ:  Give us one or two of your favorite non-spoliery lines from The Future For Curious People.

Gregory:  “Is anyone thinking about me right now? If not, do I exist just a little less?”

Gregory:  I just finished a new poetry manuscript, currently titled Is This Fire, and I've started work on my next prose project. I'm incredibly excited about both, and I hope they get the chance to crawl themselves into the world one day.

Gregory:  Thank you for letting me join you at The Qwillery!

“Comic and Exuberant . . . A fine and tender tale for anyone who has tried to let go of the past and envision the future while falling in love.” —Rhonda Riley, author of The Enchanted Life of Adam Hope

What if you could know your romantic future? What if an envisionist could enter the name of your prospective mate into a computer that would show you a film of your future life together?

In The Future for Curious People, a young librarian named Evelyn becomes obsessed with this new technology: she can’t stop visiting Dr. Chin’s office because she needs to know that she’ll meet someone and be happy one day. Godfrey, another client, ends up at the envisionist’s office only because his fiancée insisted they know their fate before taking the plunge. But when Godfrey meets Evelyn in the waiting room, true love may be right in front of them, but they are too preoccupied—and too burdened by their pasts—to recognize it.

This smart, fresh love story, with its quirky twists and turns, ponders life’s big questions—about happiness, fate, and our very existence—as it follows Evelyn and Godfrey’s quest for the elusive answers.

“A love story about love stories . . . The pages burst with laugh-out-loud scenes and crisply original set-ups. I loved it!” —Lydia Netzer, author of Shine Shine Shine

“Somewhere between Jorge Luis Borge’s ‘The Garden of Forking Paths’ and The Eternal Sunshine of the Spotless Mind you will find Gregory Sherl’s warm, intelligent debut novel.” —Roxane Gay, author of An Untamed State

Gregory Sherl's debut novel, The Future for Curious People, is out now from Algonquin Books. He is also the author of three collections of poetry, including The Oregon Trail is the Oregon Trail, shortlisted for the 2012 Believer Poetry Award. He can be found online at www.gregorysherl.net.