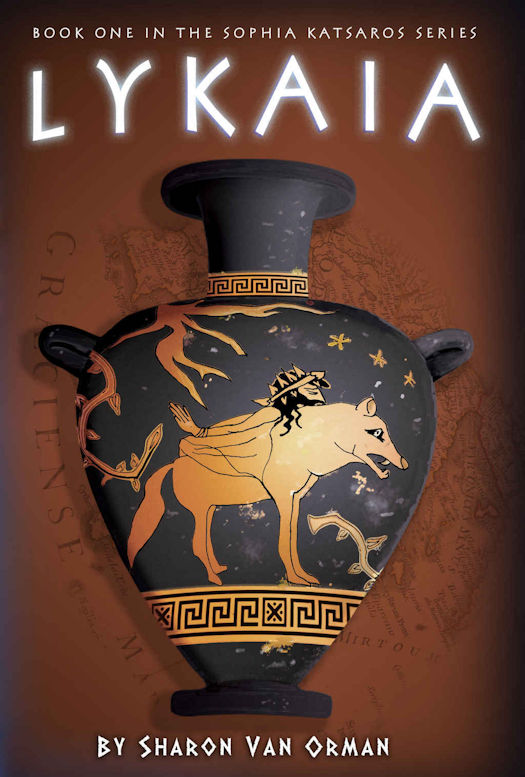 Published:
Please welcome Victoria Thompson to The Qwillery. Murder in the Bowery, the 19th Gaslight Mystery, was published on May 2nd by Berkley. 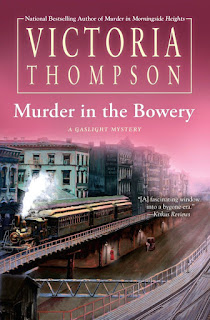 Newsboy Makes the News
Newsboys were everywhere in turn of the century New York City. More than a dozen newspapers covered the City’s happenings, and ragged children—mostly boys but a few girls, too—stood on street corners morning and night in all weathers to sell them for a penny or two. Most of these children were homeless orphans or had simply been abandoned by families unable to care for them any longer, so their home was on the street.
Eventually, charities stepped in to help these children by opening Newsboys’ Lodging Houses. In these houses, the “Newsies”, as they were called, could find a hot meal and a bed for the night for a nickel each, although the boys preferred to “carry the banner,” which was their slang for sleeping on the street. The Newsies didn’t care for charity, and they certainly didn’t appreciate being cheated, so when two of the biggest newspapers raised the price of the papers for the boys without raising the customer’s price, they went on strike. Could a bunch of rag-tag children beat Joseph Pulitzer and William Randolph Hearst at their own game?
That’s only one question Private Investigator Frank Malloy and his new bride, Sarah Brandt, must answer in Murder in the Bowery when the search for a missing newsboy leads them to the innocent debutant, a ruthless gangster, and a Bowery “guide” who takes rich men on “slumming” tours of the neighborhood. But none of these people is who or what they seem, and Frank and Sarah have to find the truth before a killer strikes again. 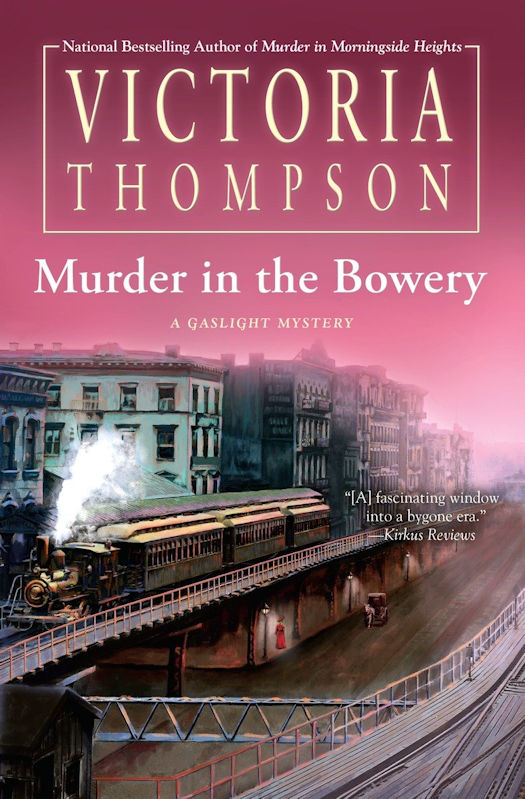 The latest Gaslight Mystery from the bestselling author of Murder in Morningside Heights finds Sarah Brandt and Frank Malloy searching for a connection between a murdered newsie and a high society woman with dangerous habits.

Frank Malloy’s latest client is the well-dressed Will Bert. He’s searching for his brother, a newsboy named Freddie, so he can share his new financial good fortune. Frank makes quick work of the case and locates Freddie, but a happy reunion between brothers is not in the cards.

When Will’s name is mentioned, Freddie runs off—only to be found dead a short time later. Suspicious, Frank tracks down Will who spins a tale of lust and deceit involving a young society woman, Estelle Longacre, also recently deceased.  Frank can’t be sure if Estelle’s risky behavior and the company she kept was to blame, or if her own ruthless family had a hand in her death.

Frank will need Sarah’s help to unearth the dark secrets of the wealthy Longacres and to discover if there is a connection between Estelle and Freddie’s death. Together they must navigate a perilous underground web of treachery to find the truth.

The latest installment in the long running historical Gaslight Mystery series by Victoria Thompson is entitled Murder in the Bowery. This time we see former society debutante turned midwife, Sarah Brandt Malloy, and her private detective husband, Frank Malloy, return to the seedier side of turn-of-the-century New York in search of a clever killer.

Sarah and Frank are the perfect fictional couple. She is a strong willed yet loving woman and he is a tough former police detective who has a compassionate heart. Since Frank unexpectedly inherited a fortune, left the police force, and finally felt able to marry Sarah, he has opened a detective agency and now takes any client that intrigues him, regardless of they ability to pay him a fee. Sarah and Frank's live in newly renovated home with their children, Frank's deaf son Brian from his first marriage and Sarah's ward Catherine, Maeve, the children's cheeky nursemaid who grew up on the streets, and Malloy's stoic Irish mother. Gino Donatelli, also a former police officer, is a frequent visitor as he is now Frank's assistant and has strong feelings for the sweet but hardened Maeve.

The mystery unfolds as Frank is getting used to having a new private inquiry service and Sarah is busy searching for a property in the slums of New York to turn into a free maternity home. Frank is tasked to find a young newsboy named Freddie “Two-Toes” Bert during the strike that pits the newsies against the rich and powerful newspaper owners by his brother, Will Bert, a handsome and smartly dressed young man. Frank and Gino quickly locate Freddie, who instantly runs off at the mention of Will's name and is later found murdered in an alley. Frank vows to locate the murderer, feeling that he may have led the killer to the poor boy. He discovers that the recent murder of the young Estelle Longacre, a beautiful society girl also found dead in the Bowery, where she had no reason to be, is inextricably linked to Freddie's death.

During the course of the investigation we are introduced to various characters closely linked to the victims, both those in the slums and those in society. In the Bowery we meet Raven and Kid Blink. Raven is a young newsie who was close to Freddie, and Kid Blink is the clever and hard leader of the newsboy strike who looks after the newsies like an older brother, and Black Jack Robinson, a frightening and powerful Bowery gangster who knew both of the victims. On the society side we meet Estelle's extended and dysfunctional family. Estelle's father, Horace Longacre is a miserable tyrant who also happens to be on his death bed and exhibits little tender feelings for his family. Penelope Longacre is Estelle's surly spinster aunt who's only concern is for her ward, Norman Tufts, a hapless young man whom Penelope hoped Estelle would soon marry. The only servants in their household are Marie and Tom, a married couple who serve as maid and man-of-all-work, who prove to be integral to solving the mystery.

As with all of the Gaslight Mysteries, Murder in the Bowery moves seamlessly from the murder plot to the behind the scenes lives of both the main characters and those who are entangled in the murder. The author has such a knack for strong characterization that both the well-loved main characters and the new ones fueling the current mystery practically jump off the page with their realness. Thompson is able to keep the story fresh and interesting and fans of this long running series will not be disappointed with this new installment.

About the author Edgar® and Agatha Nominated author Victoria Thompson writes the Gaslight Mystery Series, set in turn-of-the-century New York City and featuring midwife Sarah Brandt. Her latest, Murder in the Bowery, is a May 2017 release from Berkley Prime Crime. She also contributed to the award winning writing textbook Many Genres/One Craft. Victoria teaches in the Seton Hill University master’s program in writing popular fiction. She lives in Illinois with her husband and a very spoiled little dog. Find out more at www.victoriathompson.com. Follow her on Facebook at Victoria.Thompson.Author and on Twitter @gaslightvt.

What:  One entrant will win a copy of Murder in the Bowery by Victoria Thompson from the publisher. US ONLY

How:
Who and When:  The contest is open to all humans on the planet earth with a US mailing address. Contest ends at 11:59PM US Eastern Time on June 7, 2017. Void where prohibited by law. No purchase necessary. You must be 18 years old or older to enter

Guest Blog by Maia Chance and Review & Giveaway of Beauty, Beast, and Belladonna

Review and Giveaway: Death of A Bad Apple by Penny Pike

Review and Giveaway: Daisies for Innocence by Bailey Cattrell