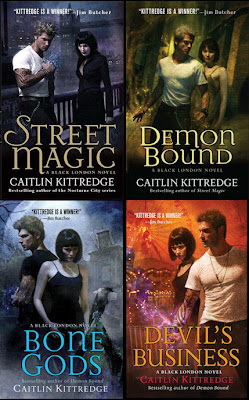 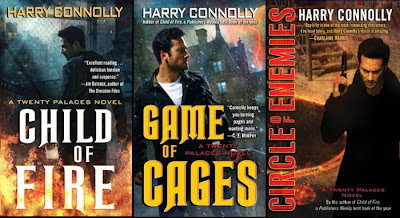 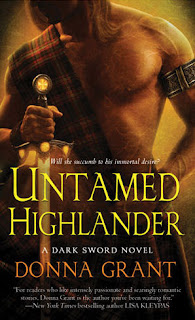 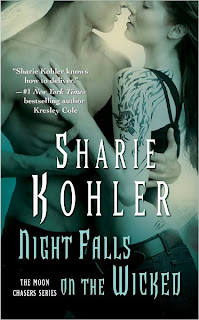 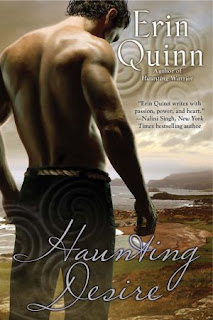 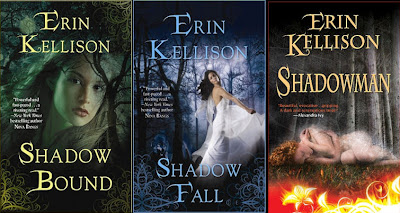 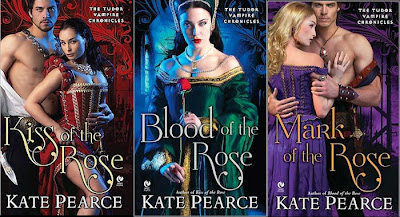 Published:
As you can probably tell by the post yesterday, my thoughts have recently turned to historical vampire fiction. I love period pieces. Add vampires, or other creatures of the night, and it's almost irresistible to me. Of course it has to be well written too, or I'll run away as fast as a vampire from holy water! I'd like to share a couple of books with one lucky commenter. The first is the last of a series; the second is the first of a series. 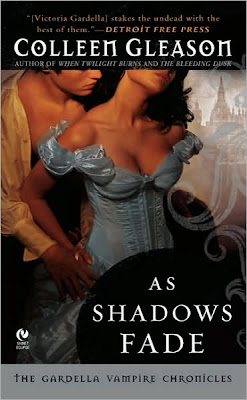 Directly descended from the very first vampire hunter in the Gardella family, Victoria knows she must continue the lineage so humanity will have protectors against the undead.

While Sebastian Vioget appears to be both the perfect warrior and lover to ensure the Gardella legacy, Victoria cannot forget Max Pesaro—the former slayer still haunted by the vampire queen Lilith’s obsession with him.

But it is Lilith’s obsession that may save all of humanity. Demons, enemies of both mortals and the undead, have found their way to earth. To defeat them, vampires and slayers must fight side by side. But Lilith wants Max in return for her cooperation—a small price for the world, but too high a price for Victoria.

Kiss of the Rose (The Tudor Vampire Chronicles, Book 1)
by Kate Pearce 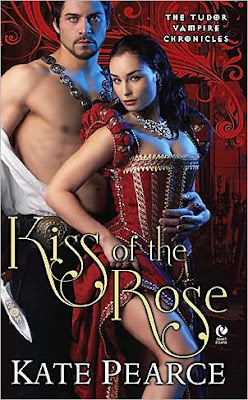 Desperate to defeat King Richard III and gain the crown, Henry Tudor made a pact with the Druids binding him and his heirs to the Druids' struggle against vampires. Ever since, the Llewellyns, a vampire- slaying family, have been in the king's employ. Now Henry VIII reigns, and his father's bargain has been almost forgotten-until bloodless corpses turn up in the king's bedchamber. To save the king, Vampire hunter Rosalind Llewellyn must form an uneasy alliance with Druid slayer Sir Christopher Ellis. But soon, Rosalind must face an unthinkable truth: that her sworn enemy may be her soulmate...


To be entered to win both books leave a comment telling The Qwillery your favorite historical time period.

The contest is open to all humans on the planet earth with a mailing address. Contest ends at 11:59pm US Eastern Time on Wednesday, August 25, 2010.
Source: qwillery.blogspot.com
23 Comments+ Sharelabels (5)Flag
AllColleen GleasonKate Pearcebooksgiveawayhistorical vampire