The Qwillery | category: Love is Red

Published:
Please welcome Sophie Jaff to The Qwillery as part of the 2015 Debut Author Challenge Interviews. Love is Red was published on May 12th by Harper. 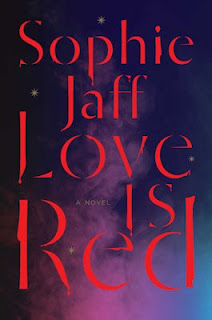 TQ: Welcome to The Qwillery. Please tell us something about Love is Red that is not in the book description.

Sophie:  Two things come to mind; while I was writing Love is Red I experience a series of incredibly creepy incidents. This tends to happen to me, I put myself so thoroughly in the book that it’s almost as though a strange energy begins to generate and things happen. I didn’t help that I hung out in or visited all the places I wrote about; the bars, the gourmet grocery stores, the parks, the libraries…I won’t elaborate but given all the inexplicable events I was pretty terrified. I’d like to my experiences comes through in the writing.

I’m obsessed with the number three so if you’re reading Love is Red you’ll probably come across all sorts of multiples or various forms of three-starting with the title. As the song says ‘3 is a magic number.’

TQ: What inspired you to write Love is Red? What appealed to you about writing a genre bending and blending novel?

Sophie:  I was looking for a novel that was truly scary without being particularly gory. I wanted something that combined psychological horror with romance with dark currents of the occult, mythology and paranormal without being overtly fantasy based. I wanted a book that would give me an elegant scare, unfortunately I couldn’t find what I was looking for so I decided to write it. I have always had a passion for ghost stories and wanted to create a modern day elevated ghost story.

TQ: What sort of research did you do for Love is Red?

Sophie:  I studied a multitude of serial killers, their methods, childhoods and personalities ranging from Edmund Kemper, Richard Ramirez, John Wayne Gacy and Dennis Rader (the BTK killer.) I took a special interest in Ted Bundy who truly used his charm, and looks to deceive women before killing them. I also researched their victims lives, so I could hopefully write with understanding and respect. I studied Medieval texts and beautiful manuscripts in the Morgan Library, one of my all time favorite places in the world. I was a legitimate Dungeon Master(Head Writer for an Massive Multiplayer Online game) for three years and so had to research the Medieval era. The rest was down to my own life experience of being a single women living and dating in New York, my all time favorite city.

TQ: Who was the easiest character to write and why? The hardest and why?

Sophie:  The easiest character to write was the Sickle Man, I’m an extremely empathetic, guilty and often anxious person so it was a fabulous feeling to write a character so remorseless, so passionate and brutal. It felt weightless as if I was not bound by gravity. I really had a blast prowling around the city doing terrible things. The hardest character to write was Katherine because I related so much to who she was and it was incredibly hard to separate from her. My characters tend to take on a life of their own. Sometimes I was almost jealous of her and at other times I was frustrated with the choices she made.

TQ:  Thank  you for joining us at The Qwillery. 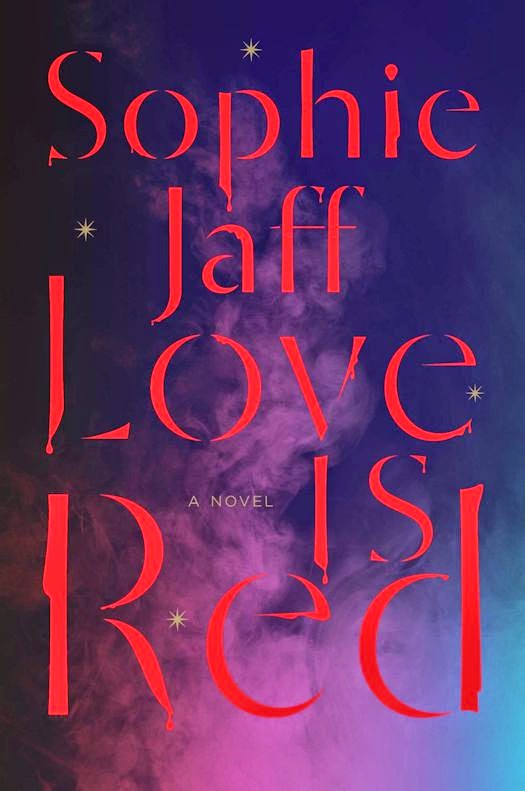 Redefining the thriller's tale of the hunter and the hunted, This electrifying, hypnotically beautiful debut spins dark suspense and literary fantasy into a mesmerizing story of survival.

Katherine Emerson was born to fulfill a dark prophecy centuries in the making, but she doesn't know it yet. However, one man does: a killer stalking the women of New York City, a monster the media dubs the "Sickle Man" because of the weapon he uses to turn his victims' bodies into canvases for his twisted art. People think he's the next Son of Sam, but we know how he thinks and how he feels . . . and discover that he is driven by darker, much more dangerous desires than we can bear to imagine. He takes more than just his victims' lives, and each death brings him closer to the one woman he must possess at any cost.

Amid the city's escalating hysteria, Katherine is trying to unknot her tangled heart. Two very different men have entered her previously uneventful world—handsome and personable David, alluring yet aloof Sael—and turned it upside down. She finds herself involved in a complicated triangle . . . but how well does she really know either of them?

Told from the alternating viewpoints of Katherine and the Sickle Man, Sophie Jaff's intoxicating narrative will pull you in and hold you close. As the body count rises, Katherine is haunted by harrowing visions that force her to question her sanity. All she wants is to find love. He just wants to find her.

Ablaze with fear, mystery, and possibility, Love Is Red is the first book in the Night Song trilogy. With this unforgettable novel—one that combines the literary and the supernatural, fantasy and horror, the past and the present—Katherine's moment of awakening is here. And her story is only just beginning. 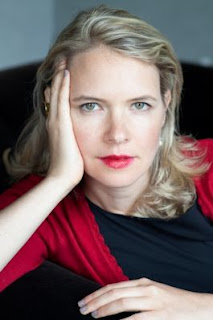 A native of South Africa, Sophie Jaff is an alumna of the Graduate Musical Theatre Writing Program at Tisch School of the Arts, New York University, and a fellow of the Dramatists Guild of America. Her work has been performed at Symphony Space, Lincoln Center, the Duplex, the Gershwin, and Goodspeed Musicals. She lives in New York City.